Toyota’s refresh to the 2012 Tacoma lineup and the Baja Extreme Edition seemed to be the only glimmers of excitement in the small-to-medium sized pickup market. The Ford Ranger is being cut (instead of being redesigned) and offerings from Chevrolet and Dodge have been left without update. That is about to change.

For global markets, Chevy has introduced a new Colorado pickup – it is launching in Thailand first. Why Thailand, you might say? Thailand is the world’s largest market for midsize pickup tricks. Who would have known? The Colorado is slated to make followup debuts in Argentina, Australia and Germany. 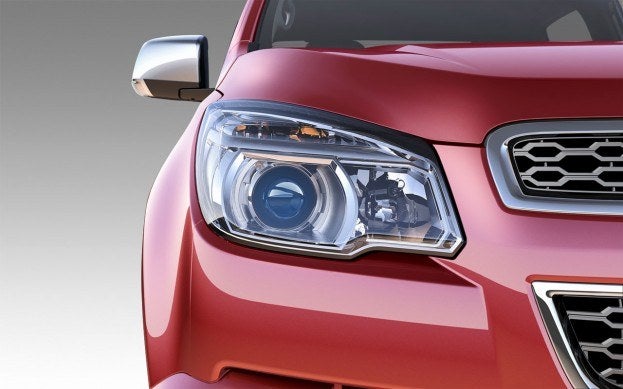 General Motors said engineers tailored the truck to fit needs of the local market, and will do the same for its introduction in the United States. Brad Merkel, the global vehicle line director for the Colorado, said that Colorado Chief Engineer Roberto Rempel and his team moved to Thailand development of the Colorado.

“They immersed themselves in the highly competitive truck market and observed how the Thai people use their vehicles and the driving conditions they experience.” said Merkel. When the Colorado is sold here GM says it will be similarly tailored for our market. What that means in practical terms we aren’t sure of exactly.

The engine lineup we’ll get hasn’t been confirmed, nor an introduction date, except that it will be produced at GM’s Shreveport, Louisiana plant through the 2012 model year. The fact that is coming should make those looking for a new entry into the midsize truck segment cheer though. “The new Chevrolet Colorado is generating a lot of excitement as we begin its launch in Thailand,” said Chris Perry, vice president, global marketing and strategy for Chevrolet. “We think the design, capability and fuel efficiency of the new Colorado will make it attractive to U.S. customers.”

The Colorado does look like an suitable update for GM’s aging midsize trucks. We’ll see if it has the goods to overtake the Tacoma for top spot in the segment.