Geared for Cooperation: GM and Ford to Develop New Transmissions 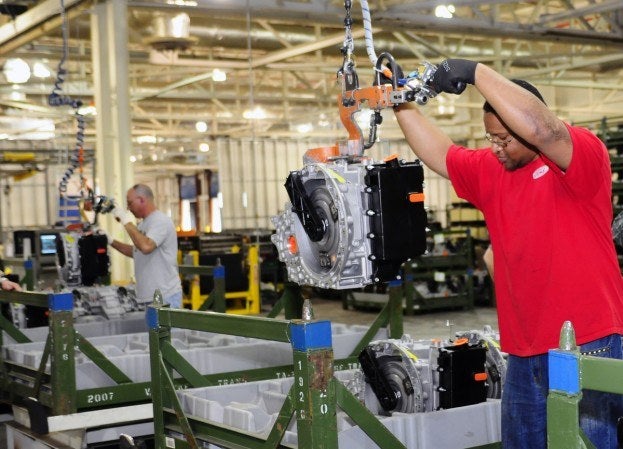 Based on their recent performance in the marketplace, it’s clear General Motors and Ford Motor Company are two car manufacturers operating in high gear. As spirited as the rivalry is between the two automakers, there has been reasons for the companies to cooperate.

Normally, we are used a brand rivalry enriched the North American car culture. In the 1950s into the 1960s, Chevrolet and Ford battled fiercely for sales supremacy. Car to car battles have always been a treat to fans of American motoring. Corvette versus early Thunderbirds, Cadillac versus Lincoln, Mustang versus Camaro as well as F-150 versus the Silverado/Sierra pickup trucks are storied machine adversarial bouts. On the race track, the old Trans-Am Series and now NASCAR stock car racing has expanded the battle of Ford and General Motors car brands. Understandably creating dissention among car enthusiasts, the battle between the Ford Fusion and the Chevrolet SS on the 2013 NASCAR Sprint Cup Series is merely one outlet for contentiousness. So fierce is the competitive nature of Ford and General Motors brands, the sale of cartoon images urinating on an opposing car make has been a brisk seller. A reality hard for brand loyalists to accept, sometimes competing figures need to work collectively. Seeking new heights in gearing, General Motors and Ford will be jointly involved in the creation of a new family of automatic transmissions. Besides manufacturing a high-tech, reliable transmission with the six-speed transmission, General Motors and Ford saving a considerable of money in the development costs. The endeavour into a 9-speed or 10-speed automatic transmission is going to be another case where the two automakers will benefit from each other’s role. Ford Motor Company‘s Chief Engineer of Transmission & Driveline Component & Pre-Program Engineering stated, “The goal is to keep hardware identical in the Ford and GM transmissions. This will maximize parts commonality and give both companies economy of scale,”.

As the 9-speed and 10-speed automatic transmissions remain in the development stages, General Motors and Ford Motor Company have yet to announce specific vehicle models for the advanced gearboxes.