Ford Rings in New Year with Healthy 2011 US Sales 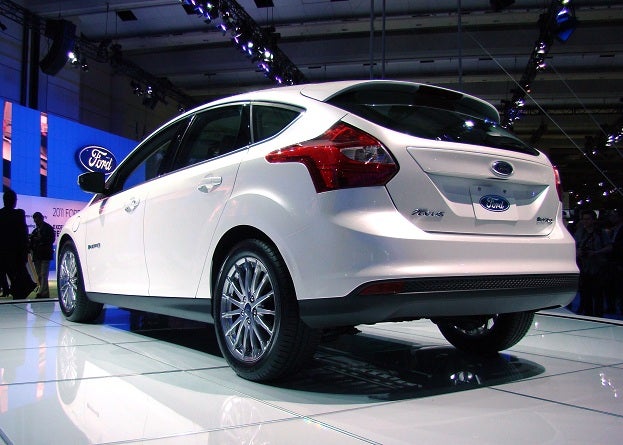 Plugging away a popular marketing slogan, the television or radio would ask, “Have you driven a Ford lately?” In the newly concluded 2011 year, the number of people who would answer ‘yes’ to that question has grown comfortably. Founded in 1903 and becoming a key figure in the development of the American auto industry, Ford Motor Company’s second century had the car manufacturer adjusting to new technology in luring customers to the blue oval.

Ford SYNC, EcoBoost engines, and a car-based brand philosophy have been key to pulling the Ford Motor Company above troubled financial waters of five years ago. Overall for the Ford Motor Company, there was an 11 percent sales improvement equating to 2,148,806 vehicles sold. For the Ford brand itself, the 12 months of 2011 was marked with United States sales topping the 2-million mark for the first time since 2007.

Leading the Ford brand cars and utility vehicles on the sales chart was the Ford Escape. Set for a redesign in this upcoming year with a 2013 model year vehicle, the older body style Escape remained sensationally popular with 254,293 sold. Older Ford products took the top-2 places in a passenger car, and crossover utility sales as 248,067 units of the Ford Fusion left dealerships in 2011. The Ford Fusion is also due for a 2013 model year reinvention to be unveiled at the 2012 North American International Auto Show in Detroit.

Though the relaunch of the Ford Explorer on a more modern car-like utility platform for the 2011 model year was meant to enforce the vehicle as a premium offering, the large crossover observed the second-highest sales boost in the whole Ford Motor Company line-up. The EcoBoost-powered utility vehicle seating up to 7 passengers attracted 135,704 in sales. A whopping 123.6 percent increase over last year, the first full year of production for the new Explorer, puts the 21-year old Ford product back above the six-digits for sales.

The Ford Fiesta, selling 68,574 models in 2011, recorded the highest increase in product demand this past year. While much of the 2011 year rise can be attributed to the fact this was the Fiesta’s first full year in the United States marketplace, the results are nonetheless strong. The Ford Fiesta sales in 2011 were only about 1,900 short of the Ford Mustang’s yearly tally. The 2012 Ford Focus sales were in 2011 accounting for 175,717 vehicles but showed only a modest 1.9 percent growth over last year.

Ford trucks saw a considerably positive rise for almost all products led, of course, by the Ford F-Series line with 584,917 units sold across a wide product spectrum. All news that the compact Ford Ranger pickup was soon-to-be discontinued, a 27.9 percent increase in sales brought in 70,832 vehicle sales. With a new Ford Ranger planned for other parts of the world, the positive sales of the compact pickup could be motivation to reconsider the vehicle’s viability in the North American market.

While the Ford brand exceeded its thundering sales surge of 2010, the Lincoln division holds a discrete celebration after the final 2011 sales results. For the luxury car brand, the outgoing supply of Lincoln vehicles to the American market largely retained the levels of last year. Selling 85,643 units in 2011, Lincoln sales were down by just 185 vehicles in total or 0.2 percent lower. The Lincoln MKZ topped the division’s sales as the brand was able to sell 27,579 examples of the mid-sized premium sedan. Though the MKZ and the small MKX crossover posted modest gains, Lincoln’s larger MKS sedan, as well as the large Navigator, slipped in sales, rounding out the 2011 calendar year. Suffering a 32.4 percent sales drop was the troubled Lincoln MKT crossover vehicle that topped out at 5,024 units in 2011. Even before the dismal sales results, the demand for the MKT has been less than expected by Lincoln. Plans are to improve the Lincoln MKT sales in 2012 by advertising fleet use of the large crossover as a substitute to the departed Town Car.

Ford Motor Company is still in a position to grow through 2012. With the new C-Max and Focus Electric upcoming alongside updated versions of the Taurus, Mustang, Escape, and Fusion, the next 12 months will leave blue oval fans anticipating products delivering an equally as strong report next year.