The smell of lawsuits is in the air. Fuel economy estimates from the Environmental Protection Agency have historically been taken on a “your mileage may vary” basis. Real-life numbers fluctuate based on road conditions, driving habits and the like – you may get better or worse mileage.

There is a difference between that though, and a chronic inability to hit the EPA’s numbers in any circumstance. This is what happened with Hyundai’s line-up of “40 mpg” vehicles. Based on a tip from an executive at an American car company, the EPA began an investigation into Hyundai’s products. 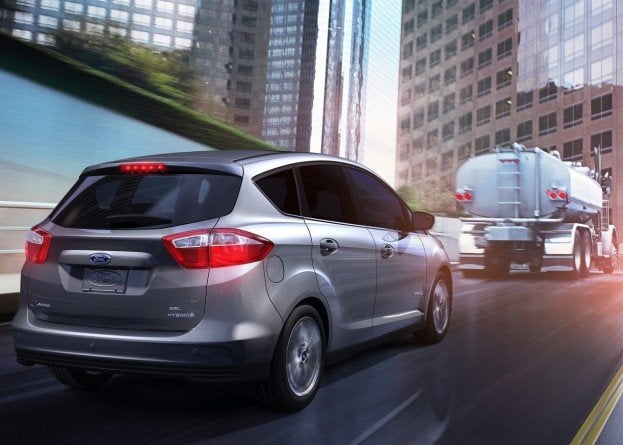 The result ended up in a reduction of the affected vehicle’s mpg ratings, as well as a huge class-action lawsuit against the company. Hyundai is now in the process of reimbursing customers of affected vehicles, based on the number of miles traveled. Needless to say, this has been a PR headache for the company. Now, Automotive News reports that law firm McCuneWright, the same group responsible for the Hyundai suit, is filing a similar one against Ford.

The car in their targets this time is the Ford Focus C-Max Hybrid, which gets 47 mpg city, highway and combined. The C-Max Hybrid went on sale and is doing very well for itself. The suit was filed in the U.S. District Courts in the Eastern District of California. The plaintiff is Richard Pitkin, who wants money from Ford in a similar fashion to the Hyundai suit.

We find it interesting that claims have been filed so soon after the car has gone on sale. it could be that McCuneWright has been emboldened after its win with Hyundai. The EPA is currently in the process of verifying claims in regard to the C-Max Hybrid. Ford hasn’t commented on either the investigation or the lawsuit, so we will have to see what comes of it. In the meantime, the C-Max Hybrid is selling like hotcakes.