In 1978, Molly Hatchet’s self-titled debut album contained a fascinating rendition of Dreams, a tune done by The Allman Brothers Band nine years earlier. Sandwiching the incredible guitar riffs is singer Danny Joe Brown’s observation that the world has gone mad. Brown recalls waking one morning with the blues. Perhaps thinking it would provide some reprieve, he seeks a nearby hilltop for a peaceful, inspiring view. Instead, Brown notices everyone else is in the same boat.

“The whole world was fallin’ down, baby – right down in front of me,” he sings.

Brown ultimately concludes he must pull himself together, put on a new face, and get back in the race.

The Ford 2018 Trends Report examines how recent shifts toward activism, compassion, and self-expression will shape life in the coming year. The sixth annual report also notes the increase in anxiety and depression brought on by the constant barrage of news and social media. One of the critical findings is how people feel locked in a stalemate. On the one hand, more than 60 percent of adults globally say they feel overwhelmed by the major events surrounding them. On the other, three-quarters believe they can influence positive change by getting involved.

“Worldwide, people are polarized,” writes Sheryl Connelly, Ford Global Consumer Trends and Futuring Manager, in the report. “At one end of the spectrum, people are leaning into these changes, championing them as a long-overdue step in the right direction. At the other end, people feel displaced, disillusioned, and discontent, ushering in restlessness and uncertainty.”

Nearly half of all respondents say they expect brands to take a stand on social issues. With regard to automakers, it means the new generation of buyers will be looking for more than just horsepower and heated seats. Companies investing in smart, sustainable manufacturing and ethical, inclusive business practices will lead the way. The automaker’s moral values will factor as much into the buying decision as to the car’s features.

“This ethos is reflected in more and more brands and institutions around the world, including Ford,” Connelly continues.

The Ford 2018 Trends Report is broken down into 10 key areas as follows:

The Edge of Reason

Feelings of uneasiness and disbelief characterize this section of Ford’s report, especially in politics. In Brazil, 78 percent feel the country has an identity crisis; an even larger number (94 percent) say the nation is having a leadership crisis. In India and the Middle East, over 70 percent of respondents say they feel overwhelmed by the changes taking place in the world. That margin is slightly ahead of the 66 percent of adults who agree globally. In the United States, 72 percent of respondents said they feel the country has an identity crisis, with 76 percent citing a leadership crisis.

TED Fellow Esra’a Al Shafei says people cope today by throwing themselves into their work, but that has its own stress points. Of the 18- to 29-year-olds Ford surveyed globally, 51 percent said they fear their job will eventually be irrelevant. One worry is the rate at which technology progresses. Some sense a computer-driven world will leave them without means to provide for their family.

“As economies become increasingly digitized and automated, we need to be sure we aren’t leaving people behind,” Al Shafei said. “We work to expand access to remote employment to those affected by conflict or climate disasters, believing that increased internet access will translate to increased opportunities.” Players from the National Football League took a stand by going to a knee while the #MeToo movement gave women a voice who otherwise had little to no recourse against those who sexually harassed and assaulted them. These larger happenings have inspired people to actively use their talents and skills to make a difference. The Ford 2018 Trends Report cites the 76 percent of adults who agree globally that their actions can inspire positive change. Further, 45 percent of adults agree globally that companies should take a stand on political and social issues. Over 50 percent of those between 18 and 29 believe this, the highest percentage of any age bracket.

“Many of our children are born into ZIP codes that put them at a significant disadvantage to achieving success, making them more likely to experience negative life outcomes,” explained TED Fellow Karim Abouelnaga. “In my personal journey to overcome poverty, I was told I was an outlier – but time and time again, I meet kids who remind me that is not true. Talent is universal, even though the opportunity is not.”

The rise of social media has made news and information all the more accessible. We can access anything literally at any moment in our increasingly connected society. As a result, we may feel somehow close to those who have lost everything in a fire or to a flood or to victims of violence. Overall, 74 percent of adults globally say they wish they did more to help their fellow man.

Greg Fischer, Mayor of Louisville, Kentucky, is working to bolster the Compassionate Schools Project with the University of Virginia. The curriculum, offered in 25 of Virginia’s elementary schools, centers on health and mindfulness. The city also holds the “Give a Day” service week, where residents are encouraged to embrace one another and participate in acts of kindness.

According to Charles Schwab, charitable giving rose in 2017 in the United States.

Anxiety and depression have risen to the point where the World Health Organization is calling it an epidemic. While there is always a push to maintain physical health, people are beginning to see and understand the importance of mental and emotional health. 73 percent of adults globally say they need to take better care of their emotional well-being. Respondents in China and India were the highest at 90 and 86 percent respectively.

The increased consumption of social media plays a role. 57 percent of adults globally say they don’t get enough sleep; nearly half between 18 and 29 admit to playing on a digital device when they should be sleeping. Further, young adults also say social media makes them feel worse about themselves. 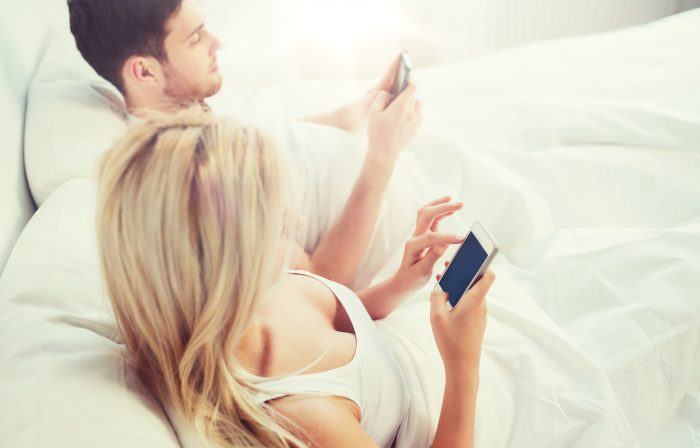 With constant life demands, busy schedules, and the pressures from social media, some reach into their wallets hoping to find relief and happiness. In China, 84 percent say they wish they could be more disciplined when it comes to shopping. 74 percent of respondents in the Middle East agreed as did 72 percent in India. These nations contrasted sharply with the United States, where only 36 percent said they wished they were more conscious.

Big Data is causing big trust issues for consumers who are raising concerns about the responsible use of their information. 68 percent of adults globally say they think it’s “creepy” when companies seem to know a little too much about them. 76 percent of Americans agreed with this, making the United States the highest of all nations surveyed.

The report details how American consumers have become much more adamant about minimizing access to their personal data. For example, TunnelBear, a company that installs virtual private networks, says sales jumped 200 percent after the government eased rules preventing internet service providers from tracking an individual’s online activity. With our romantic lives spreading into the online realm, there is a further concern. In France, a journalist investigated a popular dating app and found the company had amassed 800 pages worth of data related to her. Virtual reality, artificial intelligence, automated driving? It’s not science fiction any longer, but how will such technology change our lives? Take autonomous cars, for example. Proponents point to increased safety, reduced emissions, and more streamlined infrastructure, but not everyone is convinced. In the United States, the Ford 2018 Trends Report reveals only 50 percent feel driverless cars are promising, much lower than China and India, where over 80 percent are optimistic. A study we examined earlier this year on automated driving found safety is still the top concern.

When we swipe right or left to determine a potential partner’s worth, it is not surprising the public’s perception of marriage is changing. According to the Pew Research Center, 72 percent of Americans were married in 1960, whereas only about half were married in 2014. Experts believe the decrease in marriage is due to more young people focusing on their careers versus starting a family. Globally, 63 percent of adults say the expectation is that one should marry and have kids.

Perhaps even more interesting (or disheartening) is how millennials view marriage, with 43 percent saying they would favor a “trial” marriage. In other words, after two or three years, the marriage could be formalized with a ceremony or dissolved easily without lawyers and paperwork. The shifting trend indicates marriage may be viewed in the coming years as more of a business partnership versus an intimate relationship. A majority of the world’s population lives in an urban setting (54 percent), and that number is expected to increase. The focus is on how to make cities healthy, safe, and sustainable. How do governments work with private sectors to ensure efficient infrastructure, gainful employment, and ample housing? The latter is a major concern for much of the world’s population; 88 percent of adults globally say they hope cities do more to create affordable housing. Transportation is also paramount, with 87 percent of adults globally believing cities need better options.

Ford’s 2018 Trends Report provides a lot of insight and perspective. Some of the findings are not surprising; others are interesting; some are mind-boggling, and others are eye-opening. Yet, whether we acknowledge it or not, we are all headed into a new era.

Will it be better, this new era? In some ways, probably so. In other ways, probably not – but remember, there is always a saving grace in how things are often relative. Remember our grandparents and their stories about the “good old days.” Millennials will be that age in time – as will us Generation Xers. And we too will remiss about the days when (and I quote Baz Luhrmann’s lyrics) “prices were reasonable, politicians were noble, and children respected their elders.”

In the end, nothing is really predictable, no matter how accurate Ford’s 2018 Trends Report (or others like it) may seem. The only guarantee we have was perhaps best said by Garfield. In a February 1991 sketch by Jim Davis, the lovable orange catwalks past an overly confident pup with a sign reading “beware of the dog’s lawyer.” Garfield strolls on but casually remarks, albeit cynically, “the times, they are a-changing.”