Ford equipped with 1.0 liter ecoBoost laps the ‘Ring faster than an Enzo…

Owning a car with a pint-size engine has usually been the exclusive business of cleaning ladies and people above seventy. A couple of days ago, however, Ford decisively blew the ‘dull’ out of small, mass-produced engines.

While testing their renewed 1.0 liter ecoBoost engine (found for example in the new Focus and Fiesta) Ford let a one-off street legal Formula Ford equipped with that very engine around the infamous Nürburgring, and here’s the part where you rub your eyes in disbelief. It clocked the lap at 7 minutes 22 seconds, making it the 11th fastest road legal car around the ‘Green Hell’ ever.  Mind you, that’s faster than a Lamborghini Aventador, Pagani Zonda and a Ferrari Enzo just to mention a few.

Of course, succeeding to propel a three-pot 1.0 liter around the ‘Ring faster than an Enzo requires a bit more than luck and prosperous winds. Lightness is half the equation, and the one off street formula is light at only 500 kg, but the part where it really excels is that bloody magnificent engine.
It’s an exercise in having your cake and eating it too, because Ford claims the one off Formula Ford can reach 118 mpg at a constant speed of 35 mph, do 0-60 in under 4 seconds and reach a top speed of just under 160 mph. Need to impress you more? This feat of marvel didn’t even require years of rocket science.

The mods done to the Formula Ford extend no further than what legislation requires. A horn and a couple of wheel covers have been slapped on, lights and indicators installed front and rear and a couple of side-mirrors fitted, but not much more.

The engine is pretty much as they come off the production line, except it’s mated to a formula Ford turbo. The ECU has also been tinkered with, but that’s about the whole of it. These mods together have extracted a total of 202 bhp out of the diddy 1.0 liter, and if something the volume of a pint can produce that amount of power it’s bound to be epic.

Marketing man Roelant de Waard at Ford Europe commented:  “We wanted to prove that size doesn’t matter by showing everyone what an amazingly capable engine we have developed in the 1.0-liter EcoBoost. What better way than by beating some of the best supercars in the world on the Nordschleife, while using a fraction of the fuel.”

The boffins at Ford have so much faith in the napoleonic 1.0 liter ecoBoost, that they plan to rule out the 1.6 liter ecoBoost completely by 2015 and replace it with the 1.0 liter. When questioned about how potential buyers are going to react to a downgrade from a 1.6 to a 1.0, Roelant de Waard answers with confidence “They’ll only doubt it ’til they try it.”

We like this lightweight. We like that Ford has stepped into the arena dominated by low-budget Brits. We love the engine. We love the combination. Unfortunately, Ford won’t sell you a road legal Formula Ford with the 1.0 ecoBoost, they’ll just redirect you to the new Focus and Fiesta instead, but that’s why it’s time to start bombarding Ford with e-mails until they feel pressured enough to step in and produce it. Ford should realize the image-wise goldmine they’ve hit in being sensible and un-sensible at the same time…

Anyways, “International Engine of the Year 2012” has repeatedly claimed its throne. I doubted the first time. I doubt no more.

Watch this video below to see a fat man talk about the 1.0 ecoBoost formula Ford, also some shots of it in action at the end: 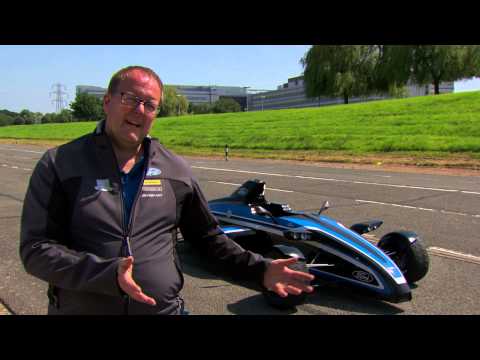