The first generation of the G-Class entered production in 1979 as an German alternative to the popular Willys Jeep. The original G-Wagen was designed as a two-door, open top military vehicle for the Australian army.

Since its debut, Mercedes-Benz has been gradually transforming this military vehicle into a uber luxurious sport utility vehicle by mildly updating the exterior and adding additional luxurious appointments on the inside.

Now, with the arrival of the 2016 Mercedes-Benz G-Class, the constant nip/tuck process continues as it is once again updated to meet the demands of its current customers.

The G-Wagen has practically remained unchanged since the first model rolled out way back in 1979. I genuinely believe that you could practically replace certain exterior panels from the original 1979 G-Class to the 2016 Mercedes-Benz G-Class or vice versa.

This just goes to show that if something isn’t broken, why to bother changing it.

Regardless of the engine choice, all of the power from the engine is routed to all four wheels via a 7-speed automatic or a dual-clutch automated transmission.

If you can afford a G-Wagen in the first place, then filling up its gas tank is really not that big of a deal.

But, for those G-Wagen owners who want to save a pipet of gasoline while idling at the stop light, the 2016 G550 and G63 AMG come standard with an automatic stop/start system – disabled by pushing the “Eco” button, located in the center console.

For 2016, Mercedes-Benz engineers have also tweaked the suspension and the electronic stability systems (ESP, ASR, ABS) for more sure-footed handling.

This update will definitely be appreciated by anyone and everyone who has driven the current G-Wagen and have come off stating that the SUV handles like a “dinosaur”.

If, for some reason you want your military grade G-Wagen to handle like a medium weight crossover, the 2016 Mercedes-Benz G550 can be optioned with an adaptive suspension with sport and comfort modes.

Appearance-wise, the 2016 Mercedes-Benz G550 receives an updated front bumper and bigger fender flares, both of which are adapted from its AMG siblings.

All 2016 Mercedes-Benz G-Class SUVs receive new paint options like “Alien Green”, “Sunrise Yellow”, and “Tomato Red” among others choices and are also are available with the option of blacked-out bumpers, fender flares, mirrors, and roof.

The 2016 Mercedes-Benz G-Class models will hit the U.S. showrooms in November of this year as 2016 models.

The prices for the G63 and G65 AMG variants will be considerably higher, and I will not be surprised if the price of the G65 AMG reaches or even surpasses the $200,000 mark. 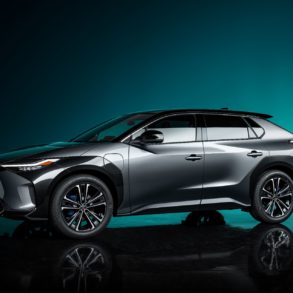