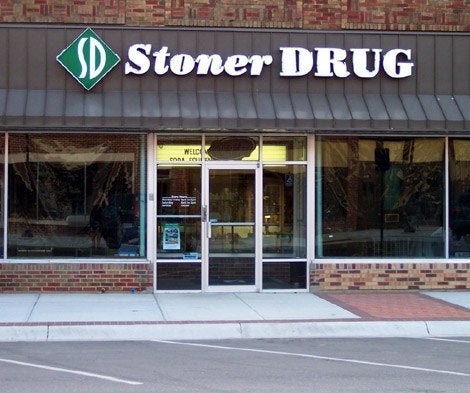 Looks like it’s one of those good news bad news things from NHTSA. The National Highway Traffic Safety Administration (the people that keep track of accidents and crash test cars) have just released a new study showing that there are fewer drunks on the roads these days (yay!) but strangely enough, over 16 percent of drivers on the roads at night are on some sort of drug (wha?).

If you think about it, it makes a certain amount of sense. Getting high is something that people do AFTER work, not during. You could, for example, have a martini or 5 at lunch, and it’s more “acceptable” than excusing yourself from the product review meeting to go shoot up some heroin back at your desk.

On the other hand, when that end of shift whistle blows, you’re on your own time, so THAT’S when you break out the apple bong or do a line or two of weasel dust. And then, like the moron who thinks they’re the center of the universe, you decide to DRIVE home.

AutoBlog recently pointed out that England is mulling over a new law that would take into account drivers that are under the influence of drugs, and that they are looking at using a device that would act like a breathalyzer for narcotics instead of alcohol. That strikes me as odd, because anyone with even a passing knowledge of toxicology knows that breathalyzers, in and of themselves, are pretty iffy, and if you want to do a narcotics screening with one, the efficacy drops off even further. What you need to do is run a blood screen. You only have to think about it for half a second to realize how THAT intrusive of a search would go over with the general public.

What the NHTSA study found was that while 2.2% of drivers have a blood alcohol concentration of .08 or more, 16.3% of drivers were on some sort of narcotic. As would be expected, marijuana came in first among drug positives at 8.6%, with cocaine and over-the-counter meds coming in next at 3.9% each. NHTSA plans further studies, naturally, to find out how drugs affect driving impairment, ” … since some narcotics aren’t flushed from the body for weeks.”

And therein lies the real problem and points to why this country’s drug polices are screwed up nine ways from Sunday. If the scheme that NHTSA comes up with is anything like the testing done by companies, it will be flawed beyond all imagining. It will catch someone, for example, who smoked a joint a week ago, but completely miss the person coming down off three-day coke bender when they ran out of blow 14 hours earlier.

If 16+% of the drivers on the roads at night are high (and that’s nearly 1 in 5), then they should be easy to spot, pull over, site and incarcerate already.