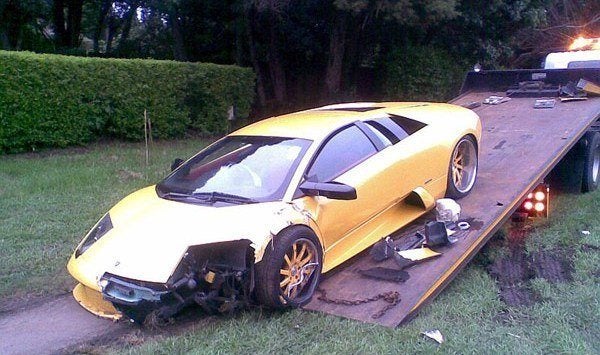 Two shiny new exotic cars – a Lamborghini Murcielago and Ferrari F430 – wrecked into each other in South Africa, and that’s not even interesting part. The two drivers involved were attending a wedding reception for the family of the ruling political party in the town of KwaZulu-Natal, South Africa, when the cars collided. The Lamborghini was apparently driven by a former hitman convicted of six murders, but was granted political amnesty and let off.

After the accident, the drivers apparently beat up people who were trying to take photos. After the police arrived, they took no statement or accident report and ignored the beatings. A light pole that was bent in half will be repaired using tax payer money.

Right, clearly there’s no corruption going on there. Someone still managed to take a few pics of the wreck though, and here they are for your enjoyment. 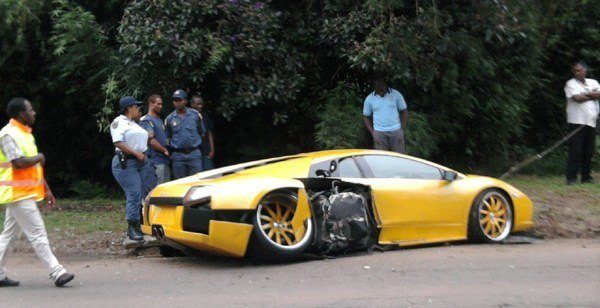