Having showed off the technology on the small A1 in Geneva in 2010, the Audi display in China for the 2011 Shanghai Auto Show had the latest edition to the e-tron concept based on the stunning A3 sedan.

Shape with steel, aluminum and carbon fiber reinforced polymer materials, the Audi A3 e-tron replicates the proportions of the A3 Concept unveiled at the 2011 Geneva Motor Show. One noted design difference between the next generation Audi A3 concept and the A3 e-tron concept is a tighter arrangement of horizontal grille bars.

LED headlights cast from Audi’s more aggressive projector design reflecting back on the A3 e-tron’s modern appearance. In concert with the cutting-edge A3 styling Audi is continuing to show off on the e-tron concept, the frame is sculpted in carbon fiber reinforced polymer offering premium weight reduction. 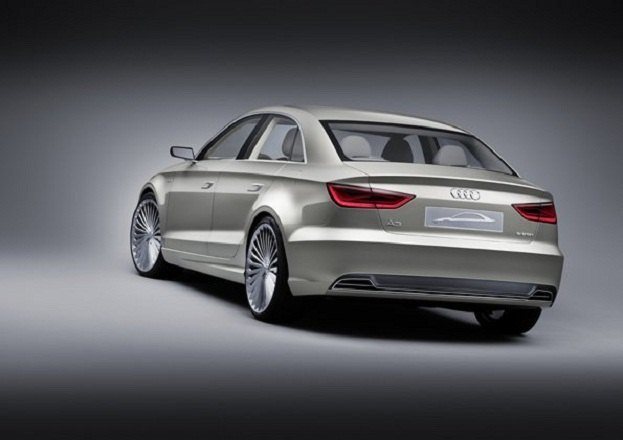 Despite the excessive use of carbon fiber reinforced polymers and aluminum, the Audi A3 e-tron is no lightweight. Due to the hardware employed on the Audi A3 e-tron, the plug-in hybrid is rather hefty at 3,792 pounds. Weighing almost the same as an Audi A7 Sportback, the A3 e-tron electric/gasoline hybrid combination does overcome the concept car’s weight. Operating alongside a 27 horsepower electric motor, a 1.4 liter, TFSI four-cylinder gasoline engine powers the Audi A3 e-tron confidently with 211 horsepower.

Collecting for 228 horsepower, performance specifications of the Audi A3 e-tron rates favourably with 0 to 62 mile per hour acceleration times of 6.8 seconds. A maximum speed of 143 miles per hour is slated to be obtainable with the premium compact concept.

Some performance-bred Audi enthusiasts will have been salivating for the 408 horsepower projected on the A3 concept may not find the A3 e-tron as alluring. However, as extreme engine output captivates only on open roads, the Audi A3 e-tron concept enables low-cost, zero-emissions motoring ideal for urban travel.

Driving on electric power only, the Audi A3 e-tron’s lithium ion battery allows the sedan to travel up to 34 miles before the small four-cylinder engine needs to supplement the vehicle’s propulsion. Electrical power is supplied through household outlet and is regenerated during driving. In both power modes, a 7-speed S tronic gearbox regulates distribution to the wheels. 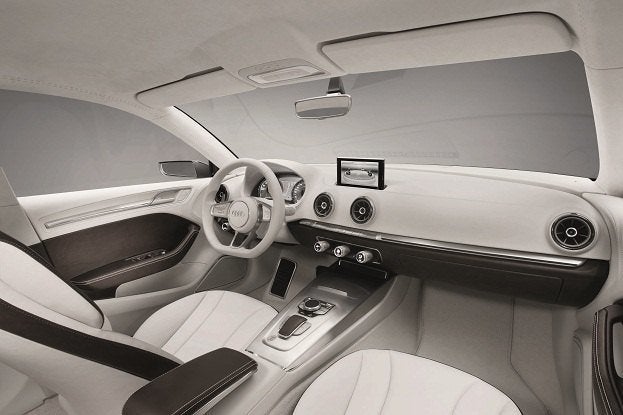 Riding on dramatic 20-inch wheels, the Audi A3 e-tron concept’s rolls with the confidence for a possible future endeavour into plug-in hybrid production technology.