The Chrysler 200 Convertible is scheduled to make its first official appearance at the Geneva Motor Show in March. However, with the nature of the internet the company’s carefully laid introduction plans were thrown out the window.

News of that came about in an interesting sideshow, as the photographer responsible for the 200 Convertible’s press photography vented on the internet about them leaking out early. Admittedly, the photography is quite impressive – far more than most press images. With the car out there, its time for details about pricing and the company has released official figures.

The 200 Convertible Touring starts out at $27,195, with a standard 2.4-liter four-cylinder making 173 horsepower and mated to a six-speed automatic. That figure comes in at $1,400 than the 2010 Sebring Convertible. This is despite the 200’s many improvements and upgrades

Opting for the Limited bumps you up to Chrysler’s 3.6-liter Pentastar V-6, making 283 horsepower. The Limited will set you back $31,990 including $750 destination. It adds a whole host of standard features, including a Media Center touchscreen with 30 gigabyte hard drive system, USB port for iPod connectivity (shouldn’t that be standard on the Touring?), UConnect Bluetooth handsfree system, leather front seats, remote start and an electrochromatic rearview mirror. Exterior upgrades include added chrome, fog lamps, and 18-inch wheels.

These features are in addition to standard ones on the Touring model like automatic headlamps with LED lightpipe accents, LED tail lamps, leather-wrapped steering wheel and gear shift knob, front and side airbag, keyless entry, power locks and windows and electronic stability control with brake assist and traction control. Exclusive to the Limited model is a $2,000 retractable hardtop option. Overall, Chrysler’s strategy of heavily improving products, adding features and reducing the price should help the company better resonate with consumers in 2011. 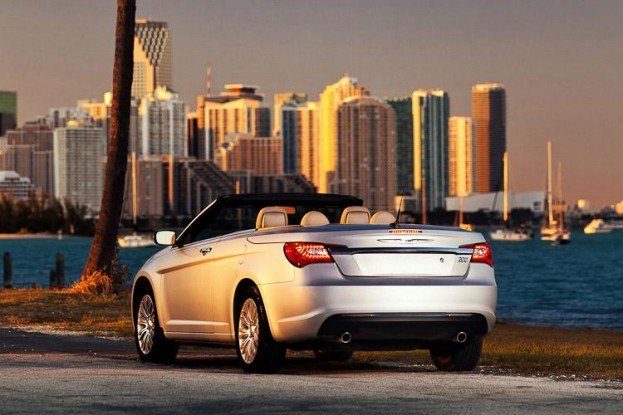