Speed is an international language where members from almost every country crave to challenge time barriers. Once in a while, the collective of one nation gathers in developing a vessel designed to carry towards new echelons of performance greatness. On land, the allure for delivering speed comes in the form of supercars which translate into creations from United Kingdom, Italy and the United States.

In Canada, enterprising men Luc Chartrand, Dr. Carl Descoteaux and Sébastien Forest supercar artistry has given birth to what will become the country’s fastest production car. Constructed extensively with carbon fiber, 11 years of development work in a facility in St-Eustache, Quebec has amounted to an all-new supercar by HTT (standing for High Tech Toy) Technologies.

Throughout the 181 inches of total length, the HTT Plethore LC-750 begs to for distinction from the other high-performance car. Lower in overall height than a Lamborghini Gallardo and just slightly higher than a Tesla Roadster, the Plethore LC-750’s road-hugging profile flatters an otherwise cold road surface.

Composed entirely of carbon fiber, the contoured front end maintains minimalist front headlamps. Along the side, the most notable feature is the scissor-style opening doors is triggered by a remote control for entrance. Undefeated by the utility need for door handles, the HTT Plethore LC-750 aerodynamic efficiency is maximized.

Side tunnels providing engine cooling with a tunnel also found on the roof sailing over the rear engine compartment. The lightweight composite ensemble rides on an electronically adjustable suspension system consisting of aluminum-constructed double wishbone and anti-roll bar. 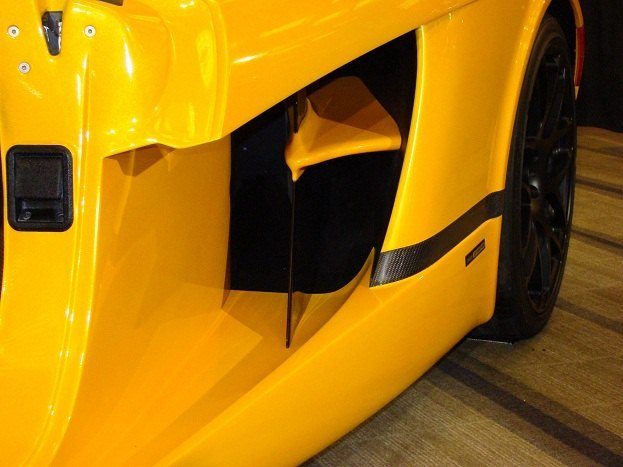 Shown off as a rolling model absent of powertrain through 2010 which included an appearance of a deep red version at last year’s Canadian International Auto Show in Toronto, HTT has made considerable refinements to the mechanics and technology as they vie for production.

Once engineless, the HTT Plethore LC-750 shown in 2011 is given major grunt by a 750-horsepower, 7-liter V-8 unit. The Plethore LC-750 mid-mounted engine is supplied with assistance by Pratt and Miller (A Michigan-based engineering firm renowned for their preparation for the American Le Mans Series Corvette Racing operations). The Pratt and Miller engine works in concert with a traditional 6-speed manual transmission.

Recounting the cockpit layout inside the McLaren F1 supercar, the HTT Plethore LC-750 employs seating for three passengers with driver placement in the front-center area. HTT Technologies details the center-positioned driver’s seat is set up for balanced weight distribution.

Without being disadvantaged by left and right hand drive roads, the configuration would also makes the Plethore LC-750 more easily compatible to world driving. Riding in leather racing-style seating involved in two-tone scheme, the HTT Plethore LC-750 employs a cunning use of materials and surfaces. Air conditioning, cruise control, rear-view camera and a 7-speaker sound system charms either the driver or the up to 2 passengers guarded by the supercar’s integrated safety cage.

Climate control, stereo functions and other features are contained within a slim panel on the driver’s right-hand side. Hands-free phone and volume buttons are also present on the steering wheel spokes. 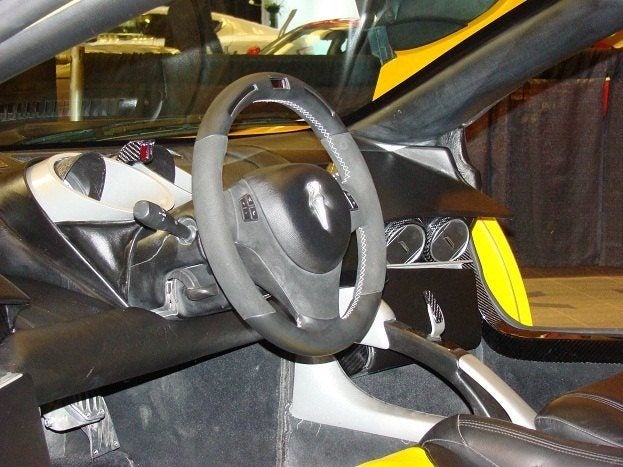 With a personality show luminescent to melt away the cold Canadian winter ice, the HTT Plethore LC-750 performance will add some serious heat to the supercar arena. Spinning 19-inch front and 20-inch rear aluminum wheels within Nitto INVO tires, the Plethore LC-750 rockets from 0 to 60 miles per hour in an estimated 2.8 seconds.

Weighing less than a Kia Forte or its main rival McLaren Mp4-12C at 2,750 pounds, the HTT Technologies supercar is slated to easily glide to an over 200 mile per hour top speed. Through the exact speed is not officially nailed down, recent predictions have actually placed the HTT Plethore LC-750 top potential at just under 240 miles per hour.

With styling and performance, the HTT Plethore LC-750 has been fighting to earn one element pivotal to an exotic supercar’s reign. Seeking notoriety and fame, HTT Technologies took their vehicle over CBC television airwaves attempting to convince investors on the Canadian version of Dragon’s Den (known as Shark Talk in the United States) for additional funding and support.

While the car company got an intended deal, the arrangement has been delayed (it is not uncommon for the Dragon’s Den investors to back away from deals after the broadcast) but a representative at the 2011 Canadian International Auto Show it express optimism as the an agreement could formulate.

The investors of the CBC show was impressed by the financial management of the automaker (not to mention impressed with the supercar itself).

Such as the case with other small niche supercar companies, HTT intends only to produce a little number of vehicles in order to make their cost models work. Planning only a 6-7 vehicles per year minimum, price for the HTT Plethore LC-750 is $495,000 in Canadian fund. So far, 6 cars are registered as pre-sold.

As Canadians await the snow to dissipate with the emergence of spring, the HTT Plethore LC-750 would become a stunning attraction against the natural beauty in nature.

2022 Hyundai Elantra N: Roaring to the Spotlight With a Bevy of Ingenious Tech