It seems like wagons are a lost art these days, although there isn’t a shortage of fans. Wagons are more rare now, but the 2018 Mercedes-AMG E63 S Wagon holds the torch high, igniting the passions of wagon lovers everywhere. We are fans of the new Volvo V90, the latest wagon from the Swedish automaker. The 2017 Volkswagen Golf Alltrack is holding on strong in the wagon genera as well.

Other wagons were not so lucky, like the Dodge Magnum we waved goodbye to in 2008. The Cadillac CTS-V Wagon didn’t stay for the party either, signing off in 2014.

Back in the day, if an individual desired a wagon for the family, they arguably turned to Detroit’s bowtie. A slick new infographic from our friends at H&H Classic Parts showcases over thirty years of Chevy wagons, starting in 1935. The graphic includes artist renderings and interesting data for each one. Today, things are a bit different as General Motors holds a strong presence in the crossover segment. However, if you follow the thinking of H&H Classic Parts, there’s little difference between the golden era of station wagons and today’s crossover and SUV boom.

“The 1935 Carryall was used for work and for passengers, and it was a revolutionary vehicle when it debuted – of course, today we call it the Chevy Suburban,” said Tray Smith, Vice President of H&H Classic Parts. “Like the Suburban, most of today’s popular SUVs and crossovers can trace their lineage back to the classic American wagons from the 50s and 60s.”

The Carryall is of note because some will dispute calling it a wagon. The Carryall was mounted on a truck chassis and featured removable seats; for many wagon enthusiasts, this doesn’t count but the utility – what wagons are known for – is certinately there.

“Is the Carryall a wagon? I don’t know. I can definitely see it either way,” Smith said. “But the fact is, you can’t really talk about classic Chevy wagons without talking about the Carryall, so it’s on our list.”

The more things change, the more they stay the same. How we might seek a crossover or SUV to accommodate our active lifestyles, or busy family schedule, the same was had years ago. The demand for affordable transportation following World War II turned Chevy wagons from tools to suburban icons. The 1949 Styleline wagon, for example, sat eight to nine passengers, and buyers could have a wood-sided or all-steel vehicle.

Styling became increasingly important as Chevy wagons were sought by working families. The 150 and 210 wagons of 1953 sported a five-teeth grille with a large bowtie emblem. This made the wagons unmistakable but the value for the dollar made them a hit. A budget-minded family could opt for the lower priced Townsman, but still walk away with a 106 horsepower Thrift King engine and an upgraded trim. The Handyman variant had power steering and fold away seats for extra cargo.

Demand rose through the 1950s, where the Tri-Five series, particularity the Beauville wagon with seating for nine, became prevalent. By 1955, Chevy was producing the Nomad, a two-door, lower-slung wagon that by 1957, was known as the Bel Air. Suffice it to say, locating one is like trying to find a needle in a haystack.

”Because so many early Chevy wagons were used as work vehicles, they suffered some abuse and many ended up in the junkyard,” Smith explained. “If you own any of the 150, 210, or Bel Air wagons from 1953 to 1957, you’re lucky. I envy those with one of these wagons as a restoration project.”

As times changed radically for the United Sates in the 1960s, Chevy wagons maintained their cultural appeal. Families often got their kicks on Route 66 with the Lakewood wagons, another rare find today. Chevy collectors who come across one are in luck, however. The Lakewood wagon shared most of its parts with the Corvair, so a restoration project is relatively easy.

What’s also interesting is how the Chevy II and Nova wagons were a huge success in 1962. This was the first time Chevy wagons shared a car nameplate. Two years later, the Chevelle series reverted back to individual nameplates: Greenbrier, Concours, and Concours Estate. The wagons actually remained in the Chevelle line until the series ended in 1977.

The full graphic from H&H Classic Parts is below. Do you have a favorite Chevy wagon? Let us know on Twitter. 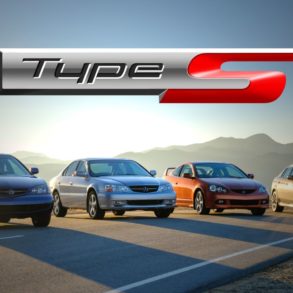