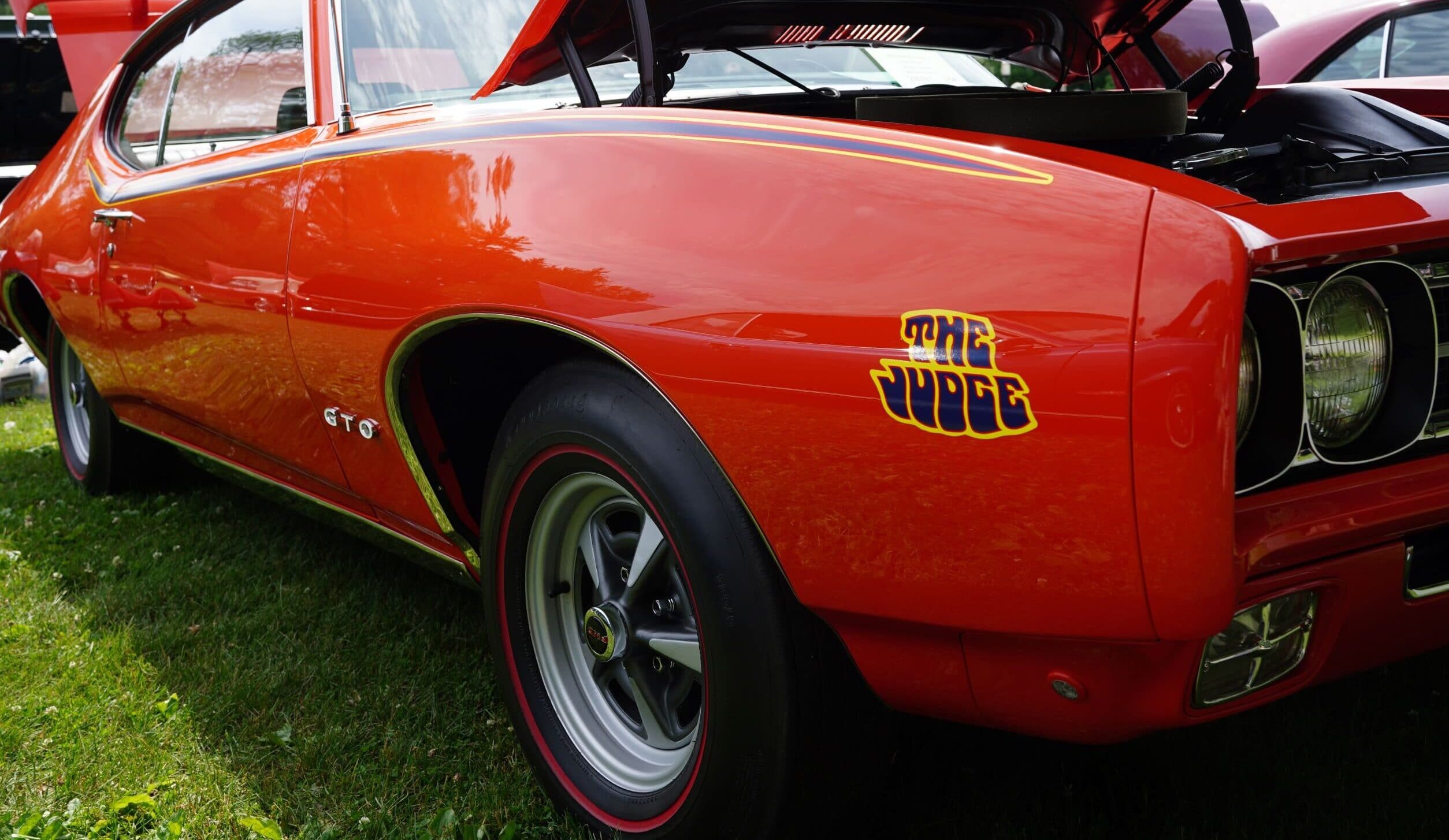 What’s In a Name? A Brief History of Car Model Nomenclature

Bel Air. Barracuda. Bronco. What do these words have in common? When presented together, you don’t have to be a car nut to recognize them as iconic vehicle names. These pull such clout by name alone that mentioning the manufacturer isn’t necessary for others to know what you’re talking about.

Here’s another list: M340i. QX55. CT4-V. These are also car models, but they could easily be mistaken for Wi-Fi passwords! Unless they’re the owner of one of these models, I’d bet that the everyday consumer wouldn’t be able to name the manufacturer off the top of their head.

How did we arrive at a point where a car name could be as simple as a single memorable word or as complex as a five-figure string of characters? Let’s take a look at trends across generations and continents and what factors have sparked changes in vehicle naming.

A Word is Worth a Thousand Pictures

The decades of the ’50s and ’60s gave us readily identifiable one-word model names. Daydreams of speed, glamour, and the promise of space travel inspired names like Bonneville, Continental, Eldorado, Fury, Galaxie, and Starfire. Muscle car model names like Superbird and “The Judge” evoked ultimate strength and power.

Naming a car is undoubtedly an exercise in marketing, so it’s no surprise that some have lived on for decades. Such words can have tremendous staying power, entering mainstream vernacular and becoming fixtures within popular culture. Let’s look at two very different examples: the Civic (born in 1973) and the Mustang (born in 1964). Honda and Ford have kept these models around because they consistently sell, but the reasons they’ve stayed top of mind couldn’t be more different.

As the original pony car, the Mustang created a new market segment and today still sparks nostalgia and excitement. The Civic, delivered just in time for the first gas crisis, was the right car at the right time and has always represented economy, reliability, and basic value. By name, these two cars are as recognizable as any other model. They have earned their spot in the public consciousness by being accessible and dependable.

The Alphanumeric Shake Up

Around the same time that models like the Corvette and Thunderbird were cementing their places in history, European automakers were already using word/letter combinations to name their vehicles. Some were relatively straightforward: Mercedes-Benz 220, Fiat 124, Renault 16, and so on. When they did get more complex, it was to convey information to drivers using logical patterns. A BMW 535 is a 5 Series sedan, larger than the 3 Series, yet smaller than the 7 Series, with a 3.5-liter engine. A Volvo 245 is a 2 Series car with a four-cylinder engine and a five-door (wagon) body.

Today, we see these patterns losing a bit of their logic. Back to BMW for a moment – their sprawling 3 Series includes the 330i, 330i xDrive, 330e, 330e xDrive, M340i, and M340i xDrive, to name a few. Without a reference chart, the average person can’t glean any differences in style or performance from that list.

After spending decades building recognition for model lineups like Nissan’s Sentra or Ford’s F-150, it’s no wonder the marketing teams at those automakers continue to build on these names, even if it means tacking on letters, numbers, and words seemingly at random. (Ford F-150 Lariat SuperCrew Short Bed 3.5L V6 EcoBoost, anyone?).

Broader use of alphanumeric names also makes it necessary to cite the make of the car when discussing it. With more models available to consumers, perhaps this is a strategic move by automakers to ensure their marque isn’t getting lost in the shuffle.

Some automakers have stayed true to their approach to vehicle naming. Chevy has never strayed far from word-based names, for instance. Others have bounced around, following cues from competitors to try and stay relevant. One major moment was the launch of both Lexus and Infiniti in 1989. These were upmarket brands aimed at Mercedes and BMW. Their luxury sedan offerings were named using letters and numbers, like the LS400 and Q45. Perhaps not coincidentally, from the 90s through the 2000s, we saw others move away from word-based model names.

Acura launched with the Integra and Legend in the ‘80s but dropped both in favor of TL, RL, and TSX. Chrysler did this twice: replacing the Concorde with the 300 in 2004 and the Sebring with the 200 in 2010.

With a saturated market and consumer attention spans shorter than ever, we’re at a crossroads now. Some automakers are doubling down on letter/number series, focusing their marketing efforts on features, while others are still finding ways to use familiar names to make splashy statements.

The Collector Car Hobby
More Images
Automoblog Book Garage
Whether you are entering the hobby for the first time, or you are a seasoned veteran, The Collector Car Hobby by Richard Reina covers everything you need to know, from researching your find to keeping it maintained, so you can drive it for years to come.

This free e-book is a must for everyone who is immersed in the collector car hobby.
Download it for Free

Recent years have seen a trend of resurrecting popular model names of old. In the era of social media and at a time when major automakers are de-prioritizing expensive, flashy launches at auto shows, this is no doubt a marketing move. The return of a classic with modern design twists capitalizes on nostalgia and gets people talking. Retro designs have given us the rebirth of the New Beetle, Thunderbird, Challenger, Camaro, Supra, Hummer, and Bronco, just to name a few.

Relaunches aside, there are indications that word-based model names could be making a comeback. Volvo, which hasn’t used a model name since the 1960s, is rumored to be naming its next-generation XC90 the Embla. And Cadillac is interrupting a string of recent letter/number models (XT4, XT5, CT4, CT4-V, etc.) with the announcement of the LYRIQ EV.

You don’t have to be an enthusiast to have a few favorite car models or ones that stick out in your mind due to a combination of nostalgia, popular culture visibility, and personal experiences. A lot goes into naming cars, and it’s no easy task for automakers. I’m sure the future will continue to deliver a mix of both icons, like the Mustang, and more basic yet popular mainstays like the Civic.

Richard Reina is the Product Training Director for CARiD.com, and Automoblog’s resident expert on the classic and collector car market. He enjoys restoring and driving old cars with a special love for anything Italian. Richard is the author of The Collector Car Hobby, a guidebook for finding and enjoying the classic car of your dreams.