Tasked with reducing emissions and minimize the amount of fuel their overall product line-up consumes, automakers have presented ideas we thought we would never see. An electric car called the Tesla Model S is taking illustrious honors such as Motor Trend Car of the Year. Porsche, Cadillac, and perhaps possibly Bentley have endeavored into plug-in hybrid powertrains.

BMW is one of several auto companies seeking a multitude of propulsion options. Like all European automobile players, there has been a great investment in diesel engine technology performed by BMW. The German-based car builder has been more aggressive in the pursuit of far-off vehicle power sources such as fuel cell and hydrogen (the latter resulted in an evaluation sedan called the Hydrogen7). With the BMW i brand, fully electric and plug-in hybrid vehicle options are receiving a high-tech and even high-fashion introduction to a growing niche marketplace. The BMW i cars are a realization by automakers that electrified vehicles have to be more than an overpriced economy-style product. At the 2014 New York International Auto Show, BMW’s engineering vision for powertrain development has resulted in a plug-in hybrid version of their X5 crossover vehicle. 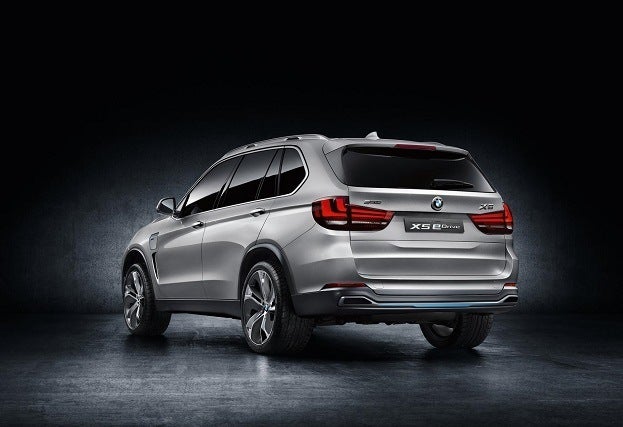 Inspired by the BMW i line-up and aligned with its EfficientDynamics philosophy, the BMW X5 eDrive concept is a possible progression for a popular luxury sport activity product. This variant of the BMW X5 is configured as a plug-in hybrid vehicle designed to operate with a minimal performance difference compared to the crossover’s gasoline or diesel model. Powered by a 245-horsepower TwinPower turbocharged, four-cylinder gasoline engine, the BMW X5 eDrive also possesses an electric powerplant consisting of a 95-horsepower motor driven off energy from a lithium-ion battery pack. The pure electric drive capability of the X5 eDrive is capable of propelling the crossover to speed up to 75 miles per hour as far as roughly 18.6 miles. Charging for the BMW X5 eDrive’s battery is handled through a Wallbox Pro charging unit currently being promoted with the production i8 sports coupe.

BMW has provided the EU cycle fuel economy rating of 74.3 miles per gallon for the X5 eDrive. For Americans, this number does not translate directly to the EPA-rated number but is still quite remarkable. The number is considerably higher than the United Kingdom’s BMW X5 six-cylinder TwinPower diesel engine’s 45.6-mile per gallon combined city/highway fuel economy number. While North American customers generally assess the environmental impact of a vehicle with fuel economy, European automakers commonly post the amount of carbon dioxide emitted from its exhaust. In this case, C02 emissions from the BMW X5 eDrive concept are estimated at 90 grams per kilometer (equal to that of a Fiat 500C with a TwinAir in Europe). 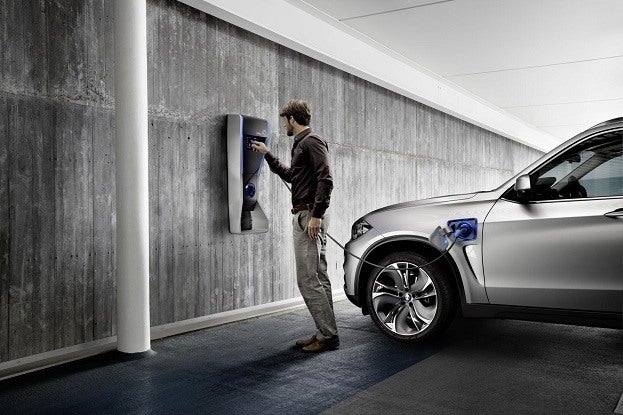 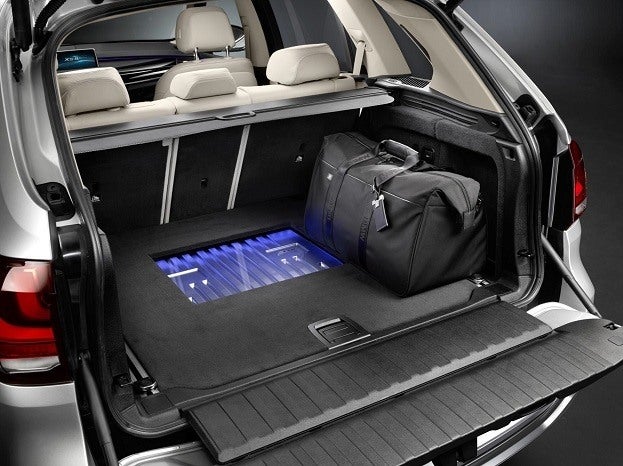 Attempting to reach the modern automotive Holy Grail where fuel efficiency can share a harmonious form of a practical vehicle like that possible with the BMW X5 eDrive, the BMW Group as a whole is selling its image as a forward-thinking company. When individual or corporate customers look at the whole BMW fleet, they will see a car brand in the process of increasing their low-emission vehicle offerings. At the 2012 London Summer Olympics, BMW provided an armada of vehicles producing a fleet average of 116g/km of carbon emissions. This feat was accomplished with the presence of over 1,500 diesel-powered BMW 3-Series as well as 200 fully-electric BMW 1-Series ActiveE and MINI E models. With BMW EfficientDynamics philosophy in place, a greater number of fleet customers are employing the German automaker’s vehicles. For 2014, BMW has claimed five fleet manufacturer of the year awards.

The BMW X5 eDrive is being released without any firm likelihood to its future. However, if the BMW i line-up takes off, the expansion into a crossover seems like a given.