They’ve rolled out the prototype design for a Dubai passenger capsule that will run in the desert fiefdom’s Virgin Hyperloop mag-lev high-speed “rail” system. I guess this means they’re serious, they being Hyperloop One, the United Arab Emirates as a country and, somehow, BMW, but when I see the words “passenger capsule” I am less than reassured.

“They” keep plugging away on this whole notion of a “hyperloop,” a vacuum tube, high-speed transit system using magnetic levitation/propulsion as the scheme to get from A to B. Sounds good. I like the idea, in general, and the engineering is quite fun.

It seems like the two biggest hurdles are land and money. Tearing up people’s property is never a good sales pitch, and building a hyperloop is not going to be cheap, but you know who has lots of empty land and bags of money? Dubai! So if you can overlook the problems with foreign workers and labor rights, religious freedom, freedom of expression, forced disappearances and torture, women’s rights, LGBT rights, and a horrendous zero tolerance drug policy, Dubai looks good!

Or at least it looked okay to Hyperloop One and BMW.

Virgin Hyperloop One says they are the only company with a fully operational hyperloop system. And yeah, that Elon Musk guy might quibble with that, but they are backed by some serious money from DP World, Caspian VC Partners, Abu Dhabi Capital Group, GE Ventures, and SNCF, yeah, the French TGV guys. BMW’s involvement is through their BMW Group Designworks creative consultancy biz. They’ve worked with Dassault Aviation, Embraer, Intermarine, BART (Bay Area Rapid Transit), and they also did some really swoopy airplane interiors, so that fits in here too.

Once Virgin Hyperloop One, the Roads and Transport Authority of Dubai (RTA), and BMW Designworks get their ducks in a row, the passenger capsule (shudder) will scoot from Dubai to Abu Dhabi (about 90 miles) in as little as 12 minutes via electromagnetic propulsion through a vacuum tube, reaching speeds up to 670 mph. They make no mention of the Gs you’d pull, either accelerating or when hitting the brakes, but let’s just go with this for now, shall we?

The main challenge for the Designworks team was creating a relaxing and engaging interior without any windows. Also, they say, “… a current requirement for passengers to be seated throughout the journey.” Ya don’t say? What, like passengers could stand?

Anyway, they’ve actually done this before, with a proposed design for an airliner’s interior sans windows. It worked pretty well as I remember, but nobody bought it. So, BMW’s Designworks had a crack at a very restrictive environment, or what could be that way, in a submarine-esque sense, and turned it into a “more personal and uplifting sensory experience that can be both memorable and enjoyable.”

Or, to be more blunt about it, they had to figure out how to stuff people into a windowless vessel and blow it down a tube at airliner speeds without anyone croaking or going crazy.

That sounds like a noble goal and all that, so how do you do it? First through multidirectional, personally-controlled lighting, digital displays, and premium comfort. This creates a sense of individualized space for each passenger. For example, in first class (what, you thought this would be a single class system) adjustable leather seats feature touchscreens with brightness and color settings, allowing you to shift the light from blue to pink to set your mood. The seats come with integrated heating and cooling and, thanks to the built-in displays, personalized entertainment.

BMW Designworks says this could “create a more sophisticated and user-centered spatial experience that transcends the typical utilitarian notion of public transportation.” Could? Your confidence is everso inspiring.

BMW Designworks also took inspiration from traditional Arabic patterns to create intentional cultural references. That’s an old trick, like how they used to decorate the China Clippers with scenes of the far off and mysterious “Orient” to get you in the mood. The overall design is secured in the cultural traditions of the UAE while alluding to the country’s achievements and ambitions.

Look, I’m a rare guy in the gearhead world. I actually like public transportation in general and, in this case, high speed “rail” in particular. I love driving, but a lot of people don’t, and public transportation is a great way to get those people off the roads and out of my way. I like the idea of this hyperloop deal, and you’ve got to test the prototypes somewhere, so why not the Dubai to Abu Dhabi run?

After they work out the kinks, they can install version 2.0 over here or anywhere else in the world. 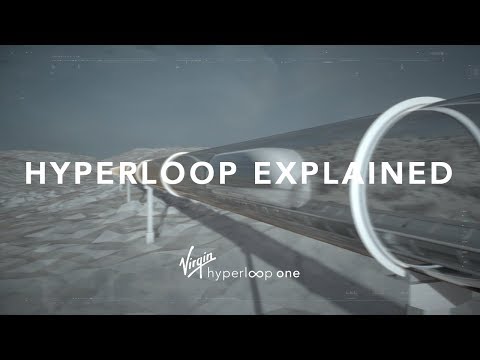