Avalon, Is That You? Toyota Teases New Sedan Toyota didn’t become the company it is today on the back of its engaging designs. An entirely different set of attributes has powered its success. Toyotas have been labelled as appliances for a reason. Inoffensive, safe and reliable – in other words, qualities most people put at the top of their list. It doesn’t have to be an either/or proposition though, as manufacturers like Hyundai and Ford have proved.

Toyota says it has gotten the message about design and a more involved driving experience. The development of the Toyobaru BR-Z/FR-S/FT-86 has been a positive indication that they are doing something different. That hasn’t trickled down at all into production vehicles though, and that might change at the New York Auto Show. Toyota has released a teaser of an “all-new, U.S designed four-door sedan.” 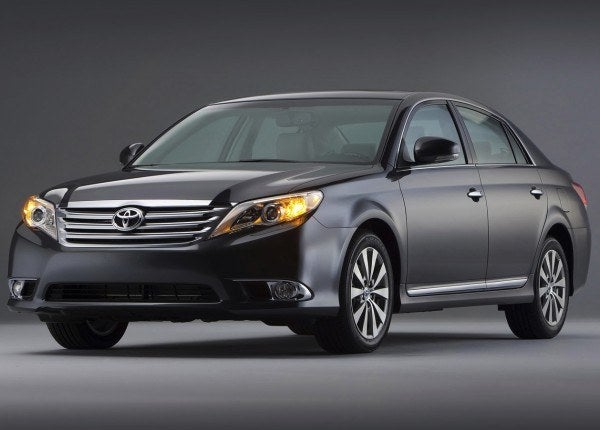 Many are speculating that the car will be a preview for the next-generation. Avalon. If true, that would be shocking. The Avalon is the most geriatric Toyota out there, a large front-wheel drive sedan without any excitement in the way of design or driving experience. By stark contrast, the design shown is more dynamic than anything we’ve seen from Toyota, displaying a rakish rear roofline and small decklid. Of course, there is embellishment in the rendering but this is very promising. Late last year dealers were shown the car and proclaimed things like similarity to the Audi A7 and Jaguar XJ.

We don’t know about that (dealers aren’t always very level headed) , but this rendering combined with the feedback is enough to make us think good things are in store for Toyota’s largest sedan. Maybe they should give the car an all-new name as well? We’ll have to reserve judgement until we see the whole thing, but this car has us more excited than any from Toyota in recent years. It is setting New York up to be a very interesting show, with Chevrolet and Toyota’s visions of full-size sedans going head-to-head against each other.