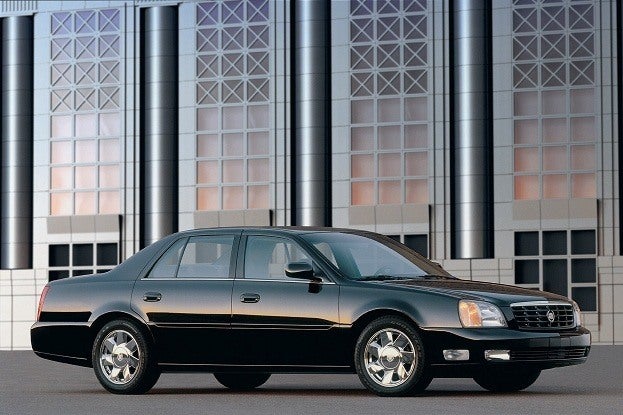 In the 1950s, the most auto company has defined safety features in a more simplistic way. Instead of engineering handling the safety aspects of a vehicle, carmakers tragically left the progression of safety to the automotive stylist. Over decades, safety has evolved from being a laughing matter to a realistic intent for saving the lives of motorists and passengers. Anti-lock brakes, airbags, electronic stability, and better vehicle construction have been effective in reducing deadly accidents to a series of whiplash compensation claims.

With all the great innovations created to protect vehicle occupants and pedestrians, sometimes the quest for safe driving has taken a wrong turn. The following are four leading examples of automotive safety equipment set on a collision course for failure. 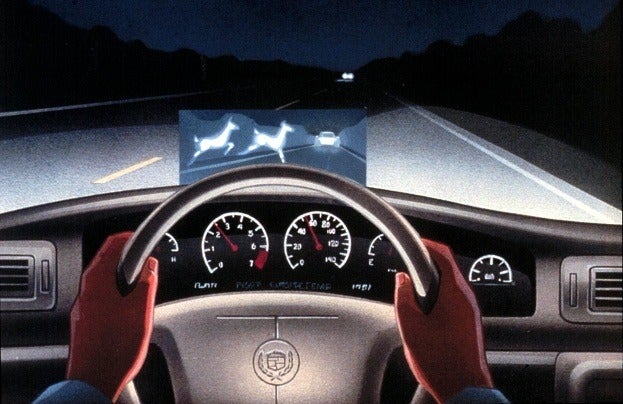 Applying military-inspired technology to automobiles is far from a new phenomenon. Finding a widespread citizen use for advances in night vision equipment, the beginning of the 21st century was to witness the vision of objects more clearly in minimum light conditions.

A highlight feature added to the 2000 Cadillac DeVille, General Motors installed the Night Vision system into the full-sized luxury car, trying to infuse life to a rather dreary Cadillac division after the 1990s. Operating through a camera mounted behind the grille of the Cadillac sedan, the Night Vision view broadcasted onto the DeVille’s windshield. Allowing views at night to be highlighted in a monochromatic black and white display, the system demonstrated effectiveness on the Cadillac DeVille but failed to win over buyers. The fact the Cadillac DeVille’s Night Vision system was a most expensive $2,000 option did not entice Cadillac luxury seekers forcing the brand to drop the advanced safety unit after the 2004 model year.

Not working for Cadillac, the notion of car-based night vision systems is not an extinct piece of automotive safety technology. Still restricted to luxury vehicles, versions of night vision are currently found on the Lexus LS sedan as well as certain Audi, BMW, and Mercedes-Benz vehicles. Accepted largely as a design feature created in the interests of practicality or performance, rear-engined vehicles were briefly promoted by automakers in the late 1940s and 1950s as a safety feature. The safety theory of a rear-mounted powerplant car was to put the dangers of engine fires behind the passenger compartment. If an engine fire occurred at speed, the flames and fumes would not rush into the cabin. During the post World War 2 era, several high-profile American auto brands sought to master the rear engine configuration.

The 1948 Tucker Torpedo was one rear-mounted powerplant car built around a vehicle that would be seen ahead of its time for multiple safety features. In a lesser-known concept, Kaiser-Fraser Motors featured a rear-engined sedan they believed would be the future of American motoring. Clearly, that future was not realized. At least in a safety aspect, a rear-mounted powerplant would not prove itself as a safer alternative to conventional front-engined automobiles. The highly-publicized campaign against the Chevrolet Corvair pointing at the rear-engined compact’s alleged handling issue did not help. In 1972, Volkswagen engineers began to experiment with a technology that would automatically apply the vehicle safety belt too many drivers continued to avoid. For American drivers up to 1979, it seemed that the only way to improve driver seat belt usage was to strap the safety device to their wrist. Mandatory on new vehicles sold in the United States since 1968, a 1983 National Highway Traffic Safety Administration authored by B.M. Phillips found that only 11 percent of drivers were using safety belts. While those numbers of seat belt usage was troubling, the automatic seat belt was a safety solution that did more harm than good.

During the late 1980s, the United States Department of Transportation buoyed the cause of automatic seat belts by allowing automakers to install the devices in a new vehicle as an alternative to more expensive driver-side airbags. Naturally, penny-pinching auto company executives during this era attempted to adapt the automatic seat belt hastily in production vehicles. Volkswagen and Jaguar products, as well as the Honda Accord, were examples employing the automatic seat belt technology during its brief popularity. As time progressed, the automatic seat belt was considered a safety gimmick gone bad and was abolished from new cars as of the mid-1990s in favour of airbags.