Audi TT RS Speeds for the US Next Year 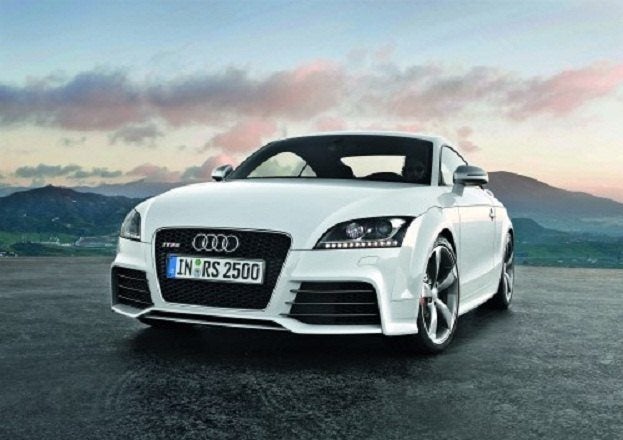 Left starving for too long, the North American driver had been denied some of modern motoring’s most irresistible fruits. Over the years, some of the dream cars remaining a dream stateside have been a host of small diesel-powered cars as well as the sport compact holy grail Nissan Skyline GT-R built between 1989 to 2002. As incredible aware American car fans shakes the proverbial tree, import automakers are starting to treat North America to deliver some sample tastes of some great, once-unobtainable vehicles. The 2012 Audi TT RS is the latest delicacy arriving as a response to over 11,500 respondents through on-line social network shaking a virtual tree by signing the German premium brand’s Facebook page petition.

With Audi lovers recognizing the RS nameplate as the mark for a venomous German performer, the most recent exposure the North American market experienced with such a car with the Audi RS 4 sold in 2007 and 2008. Dropping the Audi R8’s 4.2 liter V-8 engine into the A4 platform, RS 4 came in a four-door sedan and a red-hot cabriolet.

As the 2012 Audi TT RS receives what is certain to be a warm reception in summer of 2011 to the United States, the car was already introduced in Europe in both coupe and cabriolet version. The TT Coupe will be the only RS-outfitted version finding it way to North American soil. The very modest enhancements to the exterior of the TT sports car conceals the vehicle’s true performance intent. A inward curved air dam lip on the front, a redesigned rear air dam and a more substantial rear deck lid spoiler serve as the only exterior indication of the TT RS edition. Badging on the Audi TT RS is also minimized with only one outer “TT RS” badge on the left rear truck corner. 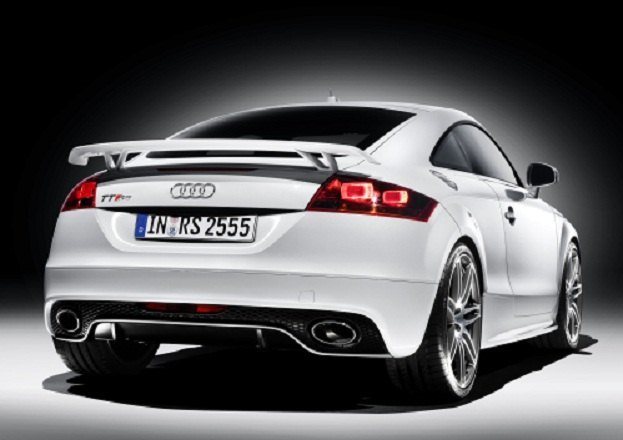 It is worth mentioning that the Audi TT Coupe outer shell mixing the use of aluminum and steel is quite an efficient shape as a basic model. Producing a drag co-efficient of only 0.32, the Audi TT RS Coupe is designed to maintain a lowest possible center of gravity effective for handling. In true Audi style, Quattro all-wheel drive balances the power between the TT’s four tires riding around standard 18 inch wheels. A formidable braking system has also been equipped on the 2012 Audi TT RS assuring a stop from what would be some incredible motion.

In all due respect to the magnificently-prepared Audi TTS which debuted in 2009, the 2012 TT RS engine power is going to put the previous Audi performance trim level to shame. Beneath the Audi TT hood, an award-winning turbocharged, 2.5 liter in-line 5-cylinder powerplant now inhabits the sports car’s engine bay. Producing 95 horsepower more than the Audi TTS’ turbocharged 2-liter four-cylinder, the Audi TT RS is motivated by 360 horsepowers of momentum. With horsepower assisted with the engine’s broadly-distributed 332 pounds feet of torque between 1,600-5,300 RPMs, Audi engineers have fine-tuned the exhaust system with a sound flag to pump out that ideal performance engine rumble from a rather small displacement power unit.

The Audi TT RS promises a performance wallop with an estimated top speed of just under 174 miles per hour. Shifting through a 6-speed manual gearbox, the 2.5 liter TFSI five-cylinder engine launches a TT RS Coupe in under 4.6 seconds. Impressive, it’s important to note that North American buyers are still appearing to be short-changed compared to the European Audi product. As of this fall, European Audi TT RS models have the option of an S tronic combined with a 7-speed dual clutch transmission. Delivering 0-60 times two-tenths of a second quicker, some American Audi TT RS enthusiast will surely enjoy low-effort acceleration. 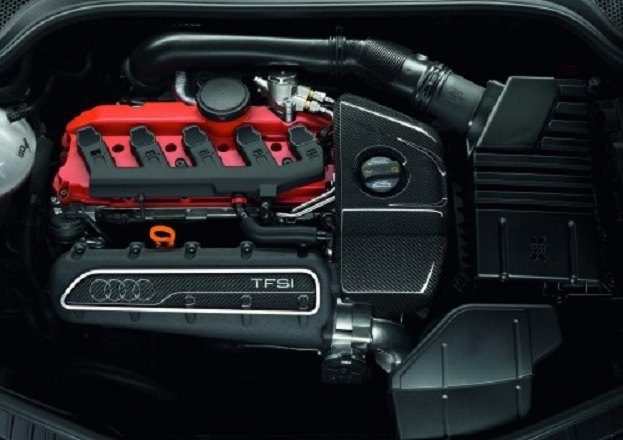 Besides some photos showing a sport-oriented cabin, a lack of details provided on the interior of the US-bound 2012 Audi TT RS. There has also been no information on the exact pricing of the enriched German sports car. For the likely limited TT RS, $80,000-90,000 seems like a reasonable ballpark number as a loaded Audi TTS Cabriolet tops out at the $55,000 range.

With the Audi TT RS get recently announced for future sale on the United states market, Audi has already committed the RS 5 super coupe as a 2012 model year product. Could the RS performance models for Audi become as commercially significant as the M cars for BMW or the AMG products have for Mercedes-Benz?