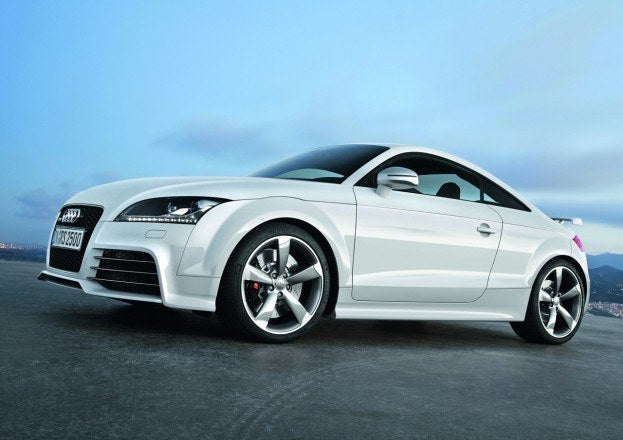 Earlier this month, Audi released pricing and more detailed specifications for its TT-RS model. The TT-RS is priced at $56,850 and rockets to 60 mph in 4.1 seconds. It marks the return of the RS moniker for the United States market after an absence.

New performance variants are always welcomed by those of us at Automoblog. Audi has been happy to oblige – RS variants approved for the U.S include the RS5 and TT-RS. More are rumored to be on the way as well, such as an RS7.

The TT-RS is the fastest production iteration of the TT yet, and Audi has announced the first U.S customer to take delivery of it – race driver Don Istook, who has a long history with Audi. Most recently he was racing TT Quattro coupes, but it began in 1985 when he was one of the first drivers to race the Quattro coupe. Istook is enthused with his car, saying:

“Having raced at almost every major track in the U.S. and Canada, I’ve pushed the limits in many cars in my 34 years as a race car driver. I like my street car to give me some of that thrill. With my new Audi TT RS, I not only get that thrill, but I also get that ‘race car’ sound.”

“Superb brakes and handling go right along with the magnificent power from the 2.5-liter turbo, especially the low end torque,” Istook continued. “It reminds me of the mid 80’s when we raced the original 5 cylinder turbo Audi Quattro. What is great, though, is that I get all of that, yet I have the refinement, sophistication and technology of a truly modern sports car.”