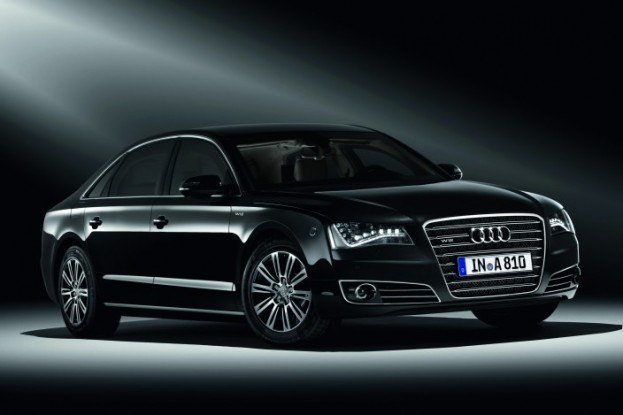 With the A8, Audi has been encouraging consumers to “break out of the luxury prison” and say “goodnight to old luxury.” In doing so it hopes to take sales from its competitors, generating the kind of loyalty and sales success of its “old luxury” peers.

It isn’t throwing out the “old luxury” playbook altogether though. BMW has a comprehensive lineup of armored vehicles such as its 7-Series High Security and Mercedes-Benz is well known for the S-Guard. That means Audi needs as suitable player in the segment. VIPs breaking out of the luxury prison need protection right? That’s what the A8 L Security is for.

From the get-go in developing the A8, engineers designed the car to be able to accommodate the extra weight required by an armored vehicle. As such, the A8 L Security offers a high-level rating of protection, up to the VR 7 ballistic protection rating method. Some components are even rated at higher VR 8 and VR 9 grades. 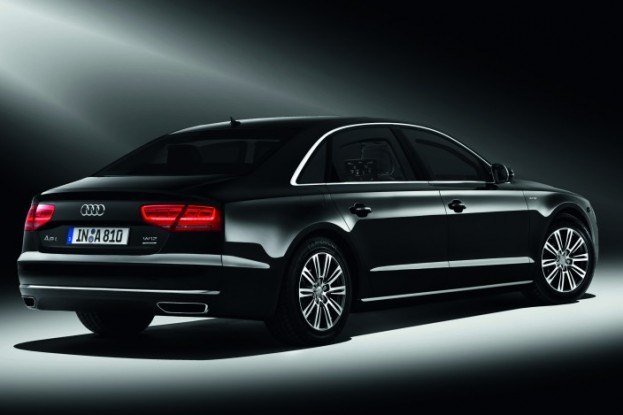 Audi says the A8 L Security can withstand a military hand grenade attack. The VR 7 level of protection mandates that sheet metal and glazing in the passenger cell must withstand firing with NATO hard-core ammunition.

The advantages of a manufacturer-developed security vehicle are numerous – the core safety cell of the A8 has been upgraded to extremely tough, resistant materials – hot-formed armored steel, aramide fabric, ceramics, special alloyed aluminum and multilayer glass.

Elsewhere, the car gets a serious amount of armoring – the interior itself has an added weight of 1,587.33 pounds. All the added weight means the car receives significant upgrades to its chassis, brakes and electronic control systems. As an example, Audi says that the wheel control arms have been “recalibrated” with increased tensile strengths, materials and wall thickness.

After starting with the beefed up safety cell, the car the goes to a specially-guarded workshop on the production floor. There the A8 L Security’s added security measures are performed by hand, completed by trained technicians. When the 450-hour process is complete, the car goes back to the production line for final assembly.

The A8 L Security has some exclusive features, such as an emergency exit system patented by Audi. The driver and rear passengers can select a “tamperproof” switch and activate a system that detaches the door from the body with pyrotechnical separating screws. Combine pulling the interior door handle with a slight push and the door can be knocked out.

The A8 L Security goes on sale with Audi’s 500 horsepower W12 engine. With all the added weight, the A8 L Security’s 0-60 numbers are understandably impacted, hitting 0-62 mph in 7.3 seconds. Another engine option is slated to arrive later this year. 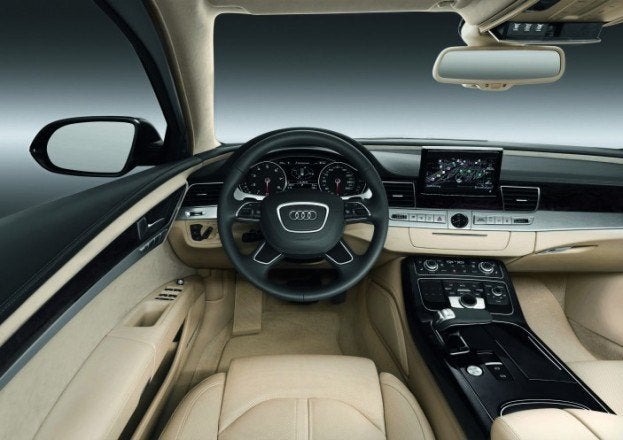