In astrology, the Taurus sign is said to be a negative symbol. However, for the tastes of 25 years worth of American drivers, the Taurus produced by the Ford Motor Company is a positive trendsetter.

In 2008, Ford Motor Company resurrected the Taurus name returning in time to accomplish its original 1986 goal by replacing the Ford Crown Victoria. Though the 2008 Ford Taurus required almost 7 inches more of wheelbase and 13.4 inches of additional total length than its first-generation model, the new Ford sedan flagship of the 21st century was finally established. Winning the long-deputed clash of old car and new car construction, the Ford Taurus has since faced the all-out battle for the family sedan category. Angled towards the upper-end of the North American family four-door market, the Ford Taurus has been hindered by the lingering image of the Ford Five Hundred still freshly affecting the exterior and feel of the car. As attendees of the 2011 New York Auto Show already know, a 2013 Ford Taurus enlists more youthful assertions for design and technology.

Preserving the dimensions of the current model, the 2013 Ford Taurus outer shell uses more chiselled body lines. Ford is said to have benchmarked the Audi A6 in refining the exterior construction quality. The large, front grille of the 2013 Taurus presents the horizontal fins found on modern Ford products but the overall shaping of the major air intake does not conform to any design DNA in North America. The hex-shaped main grille gives the 2013 Ford Taurus a pronounced nose. New, aggressive-looking projector headlamps with LED turn signals and a more muscular hood complete the front-end ensemble. Wheel sizes up to 20 inches will be available on the 2013 Taurus covering but not impeding larger brakes on all models. An enhanced brake booster is also presented for improved stopping power with standard torque vectoring control adding to the 2013 Ford Taurus‘ handling. 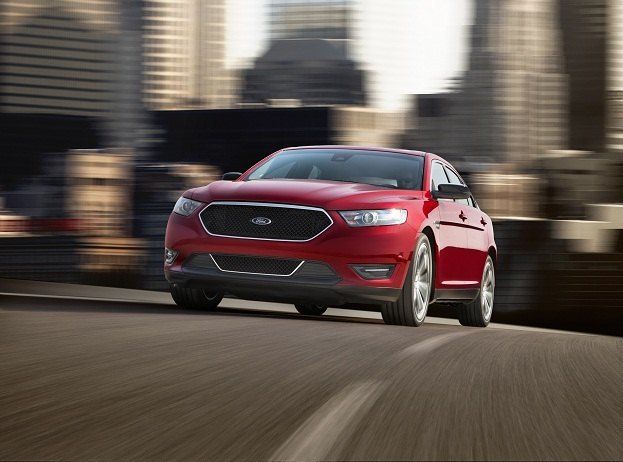 Ford has continued there reengineering of the 2013 Ford Taurus on the inside started first with improved noise reduction and comfort. Soft-touch materials and some restyled controls will be noted by 2013 Taurus occupants. The drivers will also sense a newer feel to the steering system of the sedan as turning control is handled through electric power-assist. A five-way button on the 2013 Ford Taurus steering wheel spokes are designed to aid greater interaction with the control of convenience and comfort features inside the cabin. Rear-view camera, adaptive cruise control, 8-inch MyFord Touch screen and rear window power shade are available features owners can look forward to on the 2013 Ford Taurus.

The standard versions of the 2013 Ford Taurus sedan will incorporate a revised engine line-up that will include a four-cylinder powerplant. Challenging the common performance perceptions of a six-cylinder engine in larger vehicles, Ford’s EcoBoost technology will bring a 2-liter, inline-4 powerplant to the large sedan. Employing direct injection and a turbocharger, the 2013 Taurus’ EcoBoost 2-liter is estimated to produce 237 horsepower and 250 pounds-feet of torque. Impressive, this small displacement engine’s output is greater than the 2011 Chevrolet Impala’s 3.9 liter V-6 powerplant. Delivering usage performance, the 2013 Ford Taurus with the EcoBoost 2-liter is slated to provide class-leading fuel economy up to 31 miles per gallon on the highway.

The Ford EcoBoost four-cylinder will only be available with front-wheel drive. However, the 3.5 liter V-6 engine can be ordered as a front-wheel or all-wheel drive sedan for the 2013 model year. Will the size is equal to the current Ford Taurus; the normally aspirated V-6 engine offers a 27 horsepower boost over the 2011 model with 290 horsepower in total. Behind the grille work, the 2013 Ford Taurus will operate with an active shutter system. This Active Grille Shutter technology is already featured on the 2012 Ford Focus. 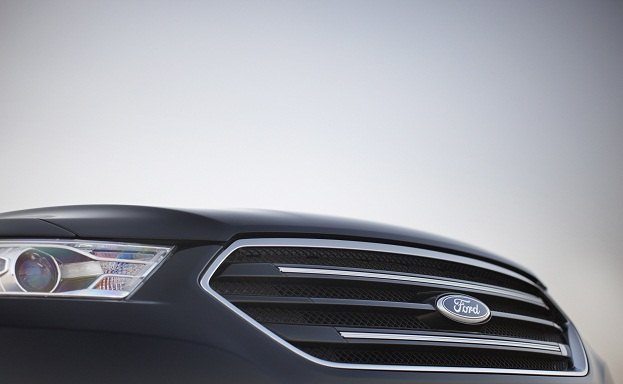 The top power plant for the 2013 Ford Taurus SHO versions remains as the hyperactive EcoBoost engine. Featuring twin turbochargers attached to a direct injected 3.5 liter V-6 engine, the 2013 Taurus SHO continues to be launched by 365 horsepower and 350 pounds-feet of torque. Sport-tuned suspension and steering, an improved engine cooling system as well as specific auto-dimming, heated side mirrors are parts of the SHO Performance Package on the 2013 Ford Taurus.

To be manufactured at Ford’s Chicago plant, the 2013 Taurus sedan is likely to be released mid next year.