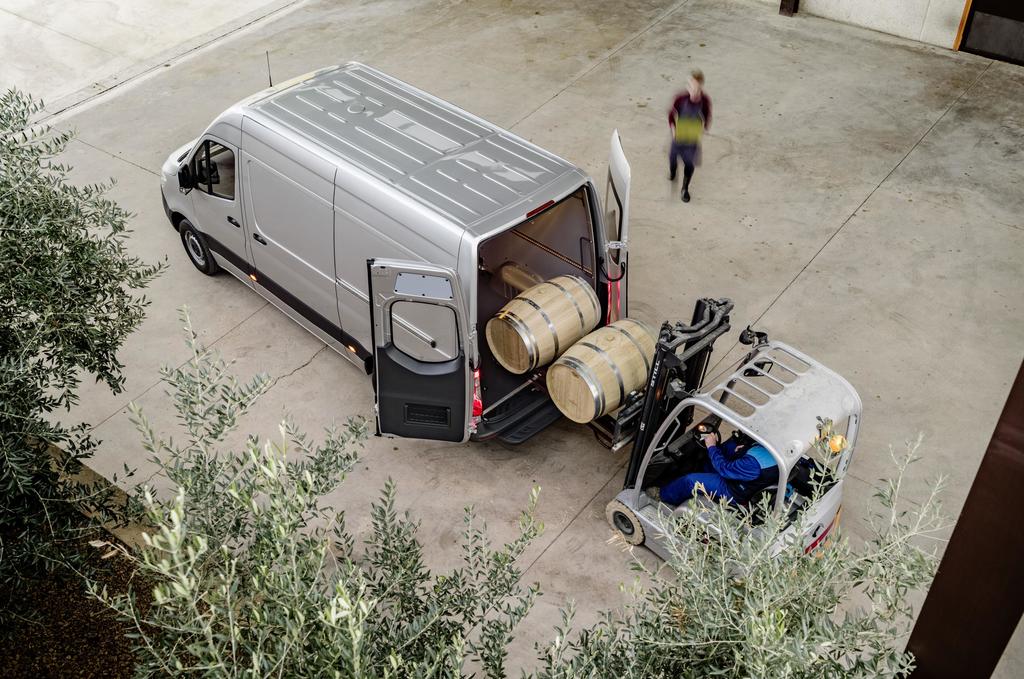 Sometimes, work vans and transport vehicles have a reputation for being bare-bones at best. Recently, we took the Mercedes-Benz Metris Passenger Van for an extensive test drive. We liked the van well enough but thought it could use a few more basic features. Mercedes-Benz recently revealed the new Sprinter and addressed those concerns by promising “comfort and safety features at a passenger car level.” When it hits the market, the new Sprinter will offer more than 1,700 different configurations worldwide – surely enough to distinguish Mercedes-Benz from the rest of this segment.

“The Sprinter continues to embody the traditional attributes that have made it so successful worldwide since its market launch – flexibility, robustness, and economy,” said Volker Mornhinweg, Head of Mercedes-Benz Vans. “This makes it the first end-to-end system solution for commercial fleets, both for Mercedes-Benz Vans and for the entire industry.”

According to Mercedes-Benz, the new Sprinter will provide “maximum cost-effectiveness thanks to lower total operating costs and customer-oriented features.” One such feature is a networked service called Mercedes PRO Connect, said to help with the logistical challenges and transport requirements fleet managers face, regardless of how many vehicles they oversee. Mercedes PRO links the fleet manager with each vehicle and driver so they can better manage assignments and vital vehicle information like location, fuel level or maintenance intervals.

With the aforementioned 1,700 configurations, Mercedes-Benz is hoping customers can find the right Sprinter for their daily needs. Of the examples they give: couriers on last mile deliveries, transportation of goods over long distances, and technicians who may keep parts stocked on the van for service calls. The new Sprinter can also be put to work as a camper van, bus, or airport shuttle, and can be used as an ambulance or fire rescue vehicle.

Although they don’t mention the comfort features specifically, Mercedes-Benz says the new Sprinter comes with a host of safety and convenience items, including a self-cleaning rear-view camera, a 360-degree view parking camera, and a rain sensor with an integrated Wet Wiper system for optimum visibility. Mercedes-Benz, although a bit vague, says the new Sprinter will have other “detailed improvements with a major effect on the cab as a workplace.”

The new Sprinter will arrive by the end of this year in the U.S. market, with the final U.S. product range and available configurations to be announced. The electrified eSprinter is expected to hit the U.S. in 2019. The Mercedes-Benz Sprinter first launched in Europe in 1995 and arrived in the United States in 2001.