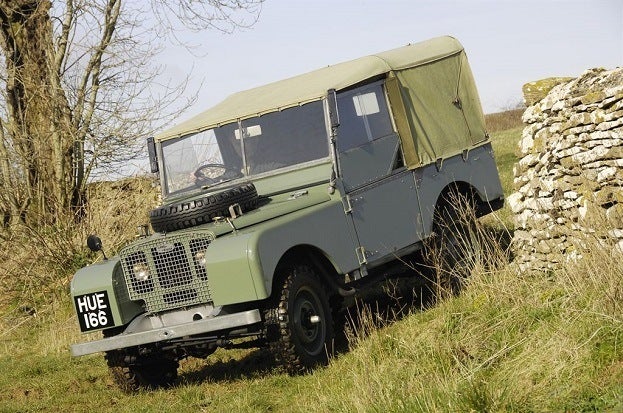 2013 is being marked as a milestone celebration for many automobile gems. A golden anniversary is underway at supercar builder Lamborghini while Germany’s Porsche is also recognizing 50 years of the 911 production. In the United States, Chevrolet has been marking the 60th year since Corvette production started with the rollout of the seventh-generation vehicle. With all the anniversaries for high-performance sports cars, a more utilitarian vehicle has cause for a party. On April 30th, Land Rover and their trademark Series I vehicle was officially introduced establishing a new name in four-wheel drive travel.

First presented at the 1948 Amsterdam Auto Show, the Land Rover Series I was a response to post-war need for an agricultural vehicle. Prior to World War 2, the notion of carmaker Rover Company producing a utility vehicle was quite absurd. Rover had curved a niche for building upscale vehicles through the 1930s. However, German bombing that damaged their production facilities in the early stage of the war and a lack of luxury car demand convinced Rover to re-establish itself. A brainchild of engineer Maurice Wilks after experiencing the versatility of a surplus Jeep, the Land Rover Series I was promptly placed at the forefront of Rover Company.

Unlike the current luxury vehicle association of the Land Rover brand, the Series I was substantially more work-duty than its 2013 model year counterparts. Built on an 80-inch wheelbase, the 1948 Land Rover Series I shown at the Amsterdam Auto Show showcased an aluminum box-like outer structure. A freewheel four-wheel drive system and generous ground clearance provided the Series I with effective ability to drive across off-road terrain. The 1948 Land Rover Series I received a 1.6 liter four-cylinder engine mustering a paltry 50 horsepower. By comparison, the turbocharged 2-liter engine on the 2013 Land Rover LR2 generates 240 horsepower. The Land Rover Series I utility vehicle was also offered with a feature called power take-off. Available on heavy-duty pickup trucks today, this system allows an owner to use the drive a range of farm-based equipment. While not abundantly powerful, the Land Rover Series I’s attributes permitted British ranchers to travel across the full lengths of their property. 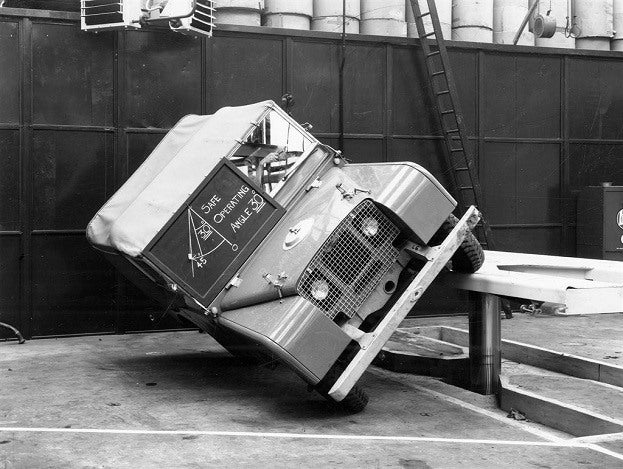 Constructed to the constraints of its time, the challenges actually helped make the 1948 Land Rover Series I successful. With steel was still being rationed in post-World War Two England, the choice was to use aluminum body panels. More expensive than steel, the use of aluminum allowed the awarded the Series I greater corrosion resistance and weight savings. In fact, looking forward to modern automotive technology, the restrictions shaping on the 1948 Land Rover Series I would be widely adopted by the industry. Rationing also resulted in greater attention devoted to the construction and overall design of the Land Rover Series I. Created for simplified manufacturing, the ladder frame chassis was created to make use of simple welding and tooling.

Developed for production relatively quickly considering damage of the Second World War and typical vehicle development cycles, the Land Rover Series I evolved from a working prototype in roughly one year. When the Rover Company developed their prototype utility vehicle, the company started with nothing other than Jeep chassis. Identified as the “Centre Steer“, the prototype’s center-located steering wheel conveyed more of a tractor-like vehicle. Though the prototype championed many characteristics of the Land Rover Series I production model, many aspects did not make it to the final product (notably the center-mounted steering column. Amusingly enough, the Land Rover Centre Steer prototype has become a somewhat divine vehicle in motoring history. While many believe the development vehicle was destroyed (as is the case with many concept cars), some maintain the belief the Centre Steer still exists as an undiscovered treasure. 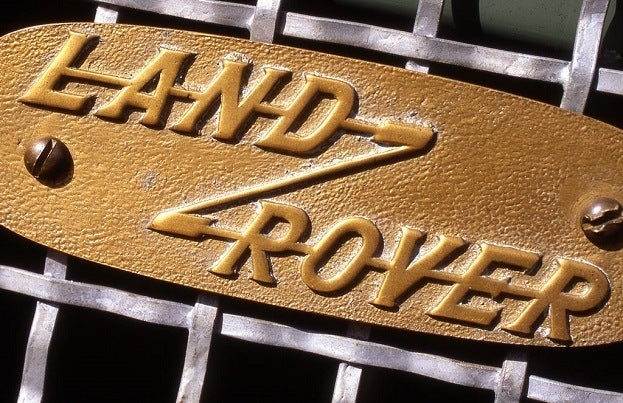 Originally developed for farm use, the four-wheel drive quickly began a hot military product for the British Army. Eager to find their own successor to the American-designed Jeep, the Land Rover Series I was evaluated and ultimately won the approval of the military. Admiring the vehicle’s capabilities in addition to its simple, less expensive maintenance cost, the Land Rover Series I would lead to a relationship with armed forces that continues to this day.

The Land Rover Series I was produced between 1948 until the 1955 model year replaced with the Series II. Though the vehicle went through constant changes, the Series I would solidify principles included on the current Land Rover Defender. Even as the Land Rover division invests in unibody frames, turbocharged direct injection engine and modern electronics, principles introduced 65 years ago have been the driving inspiration for a go-anywhere vehicle.