Real motorsport is great, from watching the almost unreal maneuvers the drivers pull off, to the technology in the cars, to racing yourself.  However the cars you can drive are limited by your checkbook…and even with an unlimited one you are limited by physics and technology (damn science!) But there is a solution!

In video games, you’re limited by nothing but the imagination of game designers! Let’s take a look at the greatest fictional vehicles that excite the ADD teen in all of us.

Because drifting an Italian plumber around on a dirtbike or motorcycle and doing wheelies past your friends in Wii 4 player split screen is nothing short of fun.  No matter how old you get, we all know this game can get insanely competitive, and I’ve always thought the two wheel machines were just better.  There really is no other reasonable information to back up why these made the list…but eyyy…it’s Mario Kart! Capisce?

This video pretty much sums up why the Warthog is just amazing. Feel free to mute the video – there’s loads of nerd language going on. Fair warning…

The Warthog is an all-terrain vehicle that three friends can hop in and dominate the competition.  Between the massive gun turret, the passenger, and the ability to mow down other players (don’t lie, you’ve done it,) you can dominate in multiple modes!

However it does have a tendency to flip over and toss everyone out.  If it does, no worries, it’s pretty much indestructible.

If you aren’t a Star Wars geek, chances are your name isn’t Luke and you haven’t been called “Skywalker” your entire life as I have.  It was inevitable in my case.

For those that aren’t, Pod Racing is almost a representation of what racing used to be.  Racing machines built in sheds, unique to the driver or owner, with an almost unlimited amount of power and almost unattainable top speeds.

Except these also hover on a magnetic field above the ground; it’s a little bit more advanced than most of our own garage racers. This, combined with a disregard for safety with the machines and the courses, makes for excitement: 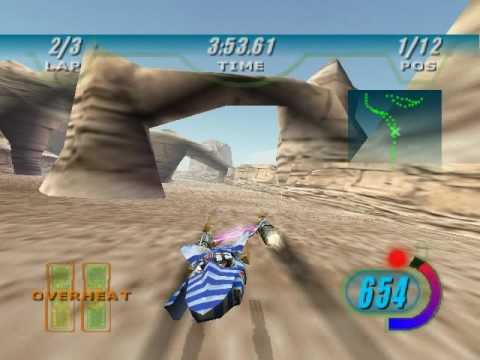 Imagine Formula 1 crossed with the Star Wars Pod Racers, but with weapons and guns…yeah. Fatal Inertia was never a hugely popular game, but give it a try if you get the chance.

The expression of what Formula 1 teams would race barring specifications and limits to the budget.

Obviously, the next best thing to actually creating it is putting it into Gran Turismo 5.

Designed by Adrian Newey, the Red Bull X1 has an output of 1479 HP, a top speed of 292 mph, and can pull a maximum of 6 lateral Gs.  Well, that’s before he refined the design.

The car utilizes a fan to pull the air traveling underneath the car at an even faster rate, creating low pressure which makes a vacuum. The result…a literal sucking of the X1 to the track.

It’s able to reach (virtual) speeds of 311 mph, and pull an impressive 8 lateral Gs. This is basically the limit of what the human body can handle, therefore the best race car that has ever be designed – it’s only limited by the human component!

Check out these two videos to see this beast in action: 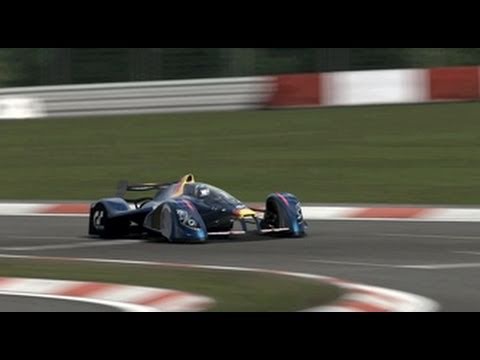 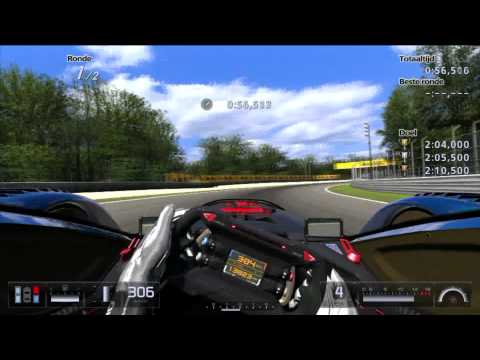 What are your favorite video game racers?