Here in the States, there are plenty of cars we don’t get to see on the road, mainly because there’s no market for them here. If you watch Top Gear, you’re familiar with many of those names – Peugeot, Renault, Lancia, Skoda, and Citroen, to name a few. They were all at the 2012 Geneva Motor Show, of course, but those aren’t the cars I’m talking about today. I’m going to show you some of the cars and car brands you really haven’t heard of, even if you’re a hardcore car guy.

Check out the photo gallery at the end for more pictures of each car.

Nobody is going to blame you for never hearing of supercar maker Marussia. After all, not only are they relatively young (started in 2007,) but they’re Russian. And when’s the last time you heard of a sports car out of Russia?

Marussia Motors is trying to change that. After they revealed their first car, the B1, they quickly unveiled their newest – the B2 – at the 2009 Frankfurt Motor Show. Still yet to gain much traction (these things take time,) Marussia is competing in the 2012 FIA F1 World Championship under their own name beginning March 18, 2012.

As with any good supercar, the Marussia B2 has a mid-engine, rear-wheel-drive layout. The powertrain consists of a 3.6-liter naturally aspirated V6 producing 320 hp providing a 0-62 mph run of 4.6 seconds. Doesn’t sound very supercar-ish, does it? Although not advertised in the press materials for some reason, the car can also come with a 2.8-liter turbocharged V6 with 420 hp that can hit 62 mph from zero in 3.8 seconds. That’s more like it.

Just this year, Marussia entered into an agreement with Finnish car manufacturer Valmet Automotive, whose portfolio consists of work with Saab, Porsche, Opel, Renault, and currently, Fisker. Marussia wants to get their cars into European showrooms by the end of 2012 and into America…eventually.

Although you may have never heard of Magna Steyr, you see their work regularly. They’ve helped develop many cars and currently completely manufacture the Audi TT, Mercedes SLS AMG, E-Class 4Matic, and G-Class, BMW X3, Mini Countryman, and Aston Martin Rapide, among others.

This concept, dubbed the Mila Coupic, is actually the sixth “MILA” Concept from the company. The Coupic promises a 3-in-1 vehicle, essentially turning itself into an SUV coupe, pick-up truck, or convertible, depending on your needs at the time. It does this using a modular design with a series of movable panels that slide around and detach. 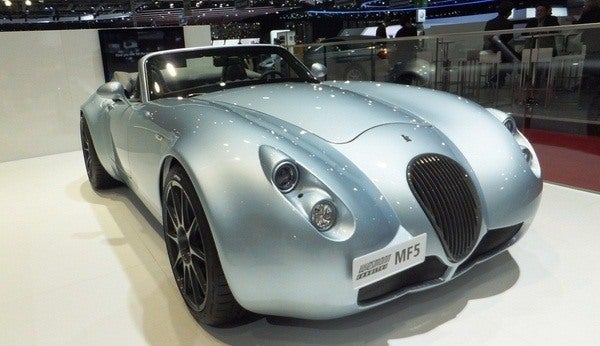 Alright, maybe some of you hardcore gearheads have heard of Weismann before, but I’m betting only a small handful of you. Wiesmann is a tiny German car company that hand-builds very high-end “puristic” sports cars. Their cars resemble those of a much older era but have all new components. They have a few models, ranging from the Roadster MF3 with a 3.2-liter V6 producing 343 hp to a GT MF5 with a 4.4-liter twin-turbo V8 with 555 hp.

Weismann had plans to come to the States a couple years ago, but the exchange rate and cost of having a car rated by the EPA put a stop to that. The GTA Spano, made by Spanish supercar maker GTA Motor, has been in development for quite a few years. The final production version was unveiled at the Geneva Motor Show this year and shows some impressive numbers.

A supercharged 8.3-liter V10 engine produces 820 hp through a manual or seven-speed automatic sequential gearbox. The engine sits in the rear and pushes the power out to the rear wheels. A zero to 62 mph time of 2.9 seconds is on point with the Koenigsegg Agera R, although the top speed, while still impressive at 218 mph, falls a bit short of the Swedish hypercar. 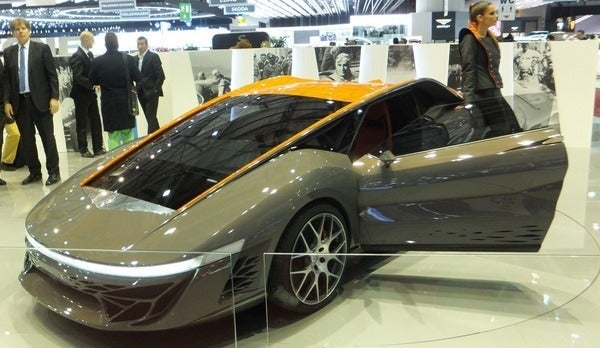 You’ve seen their work before (think Lamborghini Miura and Countach, for example,) but Italian design firm Bertone doesn’t come out of the shadows very often. This week, however, at the 2012 Geneva Motor Show, Bertone is celebrating their 100th anniversary by unveiling a show car – the Bertone Nuccio.

The Bertone Nuccio is named after the company’s founder – Nuccio Bertone – an appropriate response to a 100th Anniversary milestone. The Nuccio is not only a display in quintessential Italian design but sports a 4.3-liter, mid-mounted V8 capable of 420 hp.

Check out more images of all the cars in the article: