There’s little car fans love more than a bunch of awesome renders, but while most artists tend to focus on exotic machinery, what about the more unlikely candidates? After all, haven’t you at least once looked up something like “retiree’s favorite the Honda Jazz” and wondered what it would look like if somebody stuck a great big turbo and a naughty bodykit on it?

If these are the kinds of questions that keep you awake at night, you might get a kick out of these hilarious hot hatch renders from motoring site Car Keys.

Whether intentional or not, we guarantee you’ll get a good laugh out of them!

Remember the original Mk1 Golf GTi? Of course you do! It’s one of the most iconic and influential performance cars ever made, and arguably the car that first popularized the hot hatch segment. The original GTi’s secret was packing “seat of your pants performance” into a compact and lightweight underpinning. Sadly, with each generation, the GTI has swollen considerably, losing the pocket rocket appeal of its progenitor.

You have to admit, the little Up! does quite suit that slash of red lipstick. See the photo above. Speaking of that great big turbo and naughty body kit, here’s what the Jazz would look like if Honda decided to release an Type R version in the same vein as the iconic Civic, NSX, Integra, and Accord models. And, as anybody who’s ever ended up stuck behind an elderly driver tootling around at 25 mph will know, having a go-faster version of the Jazz might come in very handy.

Naturally, any Jazz Type R would come with one of Honda’s legendary VTEC engines along with a big and boisterous aero kit, so never mind getting stuck in traffic.

All you’ll have to worry about is keeping up, sonny! When it comes to fast versions of regular cars, Ford has one of the best back catalogs of any manufacturer, with iconic names like the GT40, Focus RS500, and the Cologne Capri RS3100. It’s a bit disappointing, then, that some of its car shave never quite hit the same mark.

Take the Ka city car for example, which in our humble opinion has always been a bit of a lemon, even in its sportiest guise.

Still, slap a feisty turbo engine and the letters “ST” on it, then upgrade it with a sharper bodykit and a large rear wing, and we reckon the little Ka could end up putting out some big numbers. 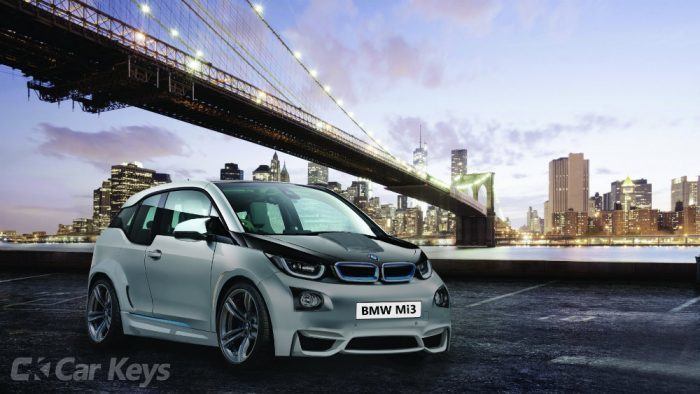 M fans will lament, but it’s widely expected the new M3 and M4 will feature a hybrid electric powertrain as BMW looks to boost its raucous performance, but adhere to ever stricter emissions standards. But if an M car can get a battery pack, can’t a battery-powered hybrid become an M car?

Meet the little i3 M, the high performance variant of arguably the best-handling small hybrid.

We’re still a little unsure whether it looks cool in a sort of angry metal pig way or whether it’s just a bit too much, but then we’ll never say no to more performance BMWs!