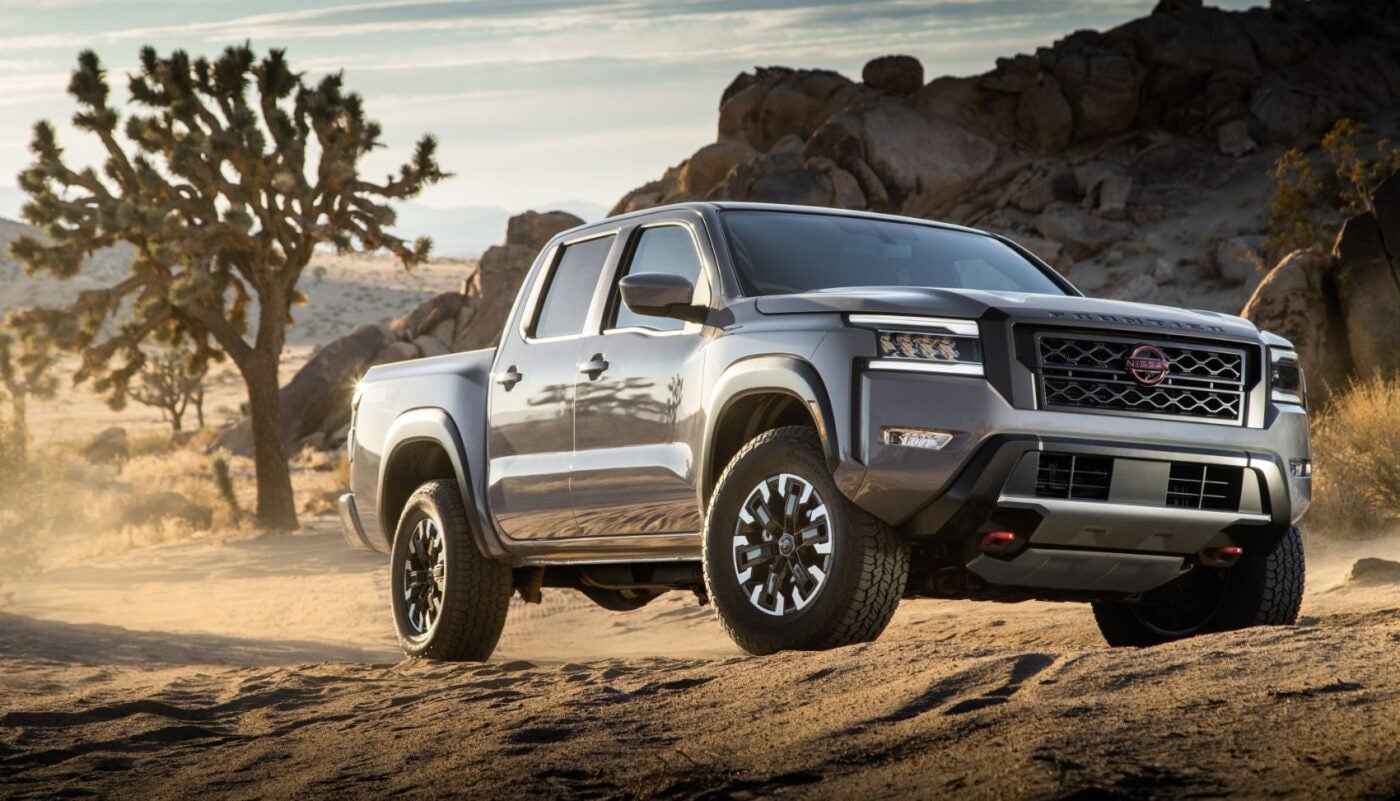 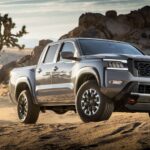 Three questions in three minutes: when the all-new Nissan Frontier debuted in 2022, we asked our editor Carl Anthony if he would go for the Frontier over the Sentra sedan! We also asked Carl why the Frontier went years before a significant redesign and if that hurt Nissan to wait so long. Hit play on the file above, then read on to see more of the 2023 Nissan Frontier.

The 2023 Nissan Frontier is the third-gen variant of the iconic nameplate introduced in 1997. The new Frontier arrives as the market is brimming with competition from the Ford Maverick, Toyota Tacoma, Chevy Colorado, Ford Ranger, and Honda Ridgeline. During the 2021 Motor Bella show at the M1 Concourse in Pontiac, Michigan, attendees could walk around the new Frontier for the first time. After seeing it in person, we thought the newly redesigned Frontier would be a good alternative to the aforementioned trucks.

Nissan gathered customer feedback over the last year and gave the Frontier a new set of cosmetic and convenience upgrades for 2023. The Frontier SV Crew Cab gets a Midnight Edition Package with 17-inch black alloy wheels, black mirror caps, a black front grille, a blacked-out lower bumper, and dark interior accents. Other features include standard LED lighting for the headlights, fog lights, and daytime running lamps.

Other changes across the lineup include wireless Apple Car Play in the Frontier PRO-X and PRO-4X and red interior stitching in the Pro Premium package.

Receive real, competitive rates that are valid for 45 days
Get financing terms completely personalized to you
Get terms instantly without impacting your credit score

The 2023 Nissan Frontier remains motivated by a 3.8-liter V6 gas engine with 310 horsepower and 281 lb-ft. of torque. Rear-wheel drive is standard, but a four-wheel drivetrain with low-range gearing is optional. The Frontier’s 4×4 driveline features a shift-on-the-fly electronic transfer case with 2WD, 4HI, and 4LO drivetrain modes. No matter the case, the stock gearbox is a nine-speed automatic shifter. Keen-eyed readers might notice the new Frontier has the same engine and gearbox as the second-gen Frontier. It’s worth noting it also rides on the same chassis as the everlasting D22 and D40 Frontier.

The 2023 Nissan Frontier is available in an extended cab (King Cab) body style with two doors and a Crew Cab with four doors. The King Cab is exclusively available with a six-foot bed, but the Crew Cab has a five-foot or six-foot bed. Nissan offers the Frontier in four trims: S, SV, PRO-X, and PRO-4X. The pricing info below is inclusive of the $1,295 destination fee. Our free and easy search tools* narrow down which dealerships in your area offer the best pricing on a 2023 Nissan Frontier.

It also has a forward collision warning system and automatic emergency braking (with pedestrian detection) as an added safety feature.

The Frontier PRO-X is strictly available as a Crew Cab with a 4×2 drivetrain ($37,015) or as a PRO-4X with a 4×4 ($40,015) drivetrain. It has a nine-inch infotainment touchscreen, LED headlights, a locking rear differential, underbody skid plates, a 10-speaker audio system, wireless charging, and custom dark wheels wrapped in all-terrain tires.

Every Nissan Frontier leaves the factory with a three-year, 36,000-mile bumper-to-bumper warranty and a five-year, 60,000-mile powertrain warranty. Our helpful guide will give you more insight into Nissan extended warranties if you are concerned about long-term maintenance costs.