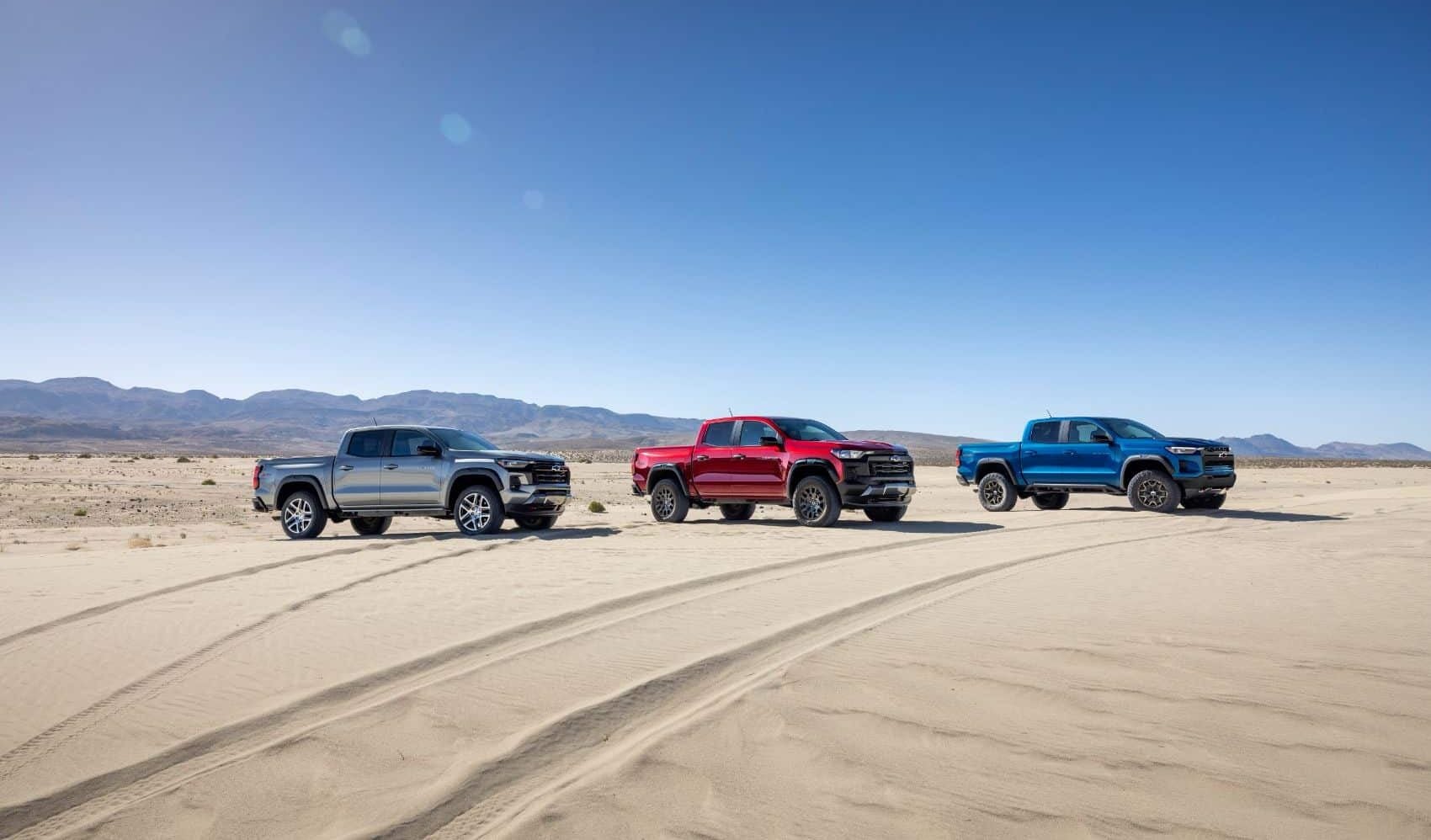 Chevrolet has unveiled the all-new 2023 Colorado, and there are many changes for Chevy’s third-generation midsize pickup. The outgoing Colorado had a glorious run since its return in 2014, and Chevy consistently freshened the lineup with updated models like the ZR2 Bison. However, the 2023 Chevy Colorado will need to butt horns with industry bigwigs like the Toyota Tacoma and Ford Ranger.

“The all-new Colorado is enhanced in every way,” said Scott Bell, Global Vice President of Chevrolet. “With its rugged and sporty styling, enhanced capability, new technology, and customization options, it’s designed to do more for discerning customers and still offer them great value.”

The 2023 Colorado is only available in a four-door, crew cab body style with a 5.2-foot bed. Chevy ditched the single-cab long bed variant for 2023, but the new Colorado has grown marginally to offer more room and better off-road smarts.

The new Colorado has a 3.1-inch longer wheelbase and is 2.3-inches wider than before. However, it also has a shorter front overhang and a repositioned front axle to improve the front departure angle for serious off-roading. Due to its redesign, Chevy claims Colorado offers a 38.3-degree approach angle, a departure angle of 25.1 degrees, and a 24.6-degree breakover angle. Moreover, the ground clearance is up to 10.7 inches with the Colorado ZR2.

The 2023 Chevy Colorado is exclusively available with a 2.7-liter turbocharged four-cylinder gasoline engine from the Silverado half-ton truck. The exciting part is the blown 2.7-liter mill is available in three states of tune depending on the trim level. The base Work Truck (WT) and LT could send 237 horsepower and 259 lb-ft. of torque to the rear or all four wheels using an eight-speed automatic gearbox. Both the Colorado WT and LT have a 3,500 lbs. max tow rating when properly equipped.

The range-topping Colorado ZR2 has the Turbo High-Output version with the same 310 horsepower but a higher 430 lb-ft. torque output. Chevy claims the base 2.7-liter turbo mill has 18 percent more horsepower and 36 percent more lb-ft. of torque than the outgoing model’s base engine.

At the same time, the Turbo Plus and Turbo High-Output produce more power than the defunct 3.6-liter V6 and 2.8-liter turbodiesel from the previous Colorado.

The 2023 Chevy Colorado will have three chassis settings depending on the trim. The WT, LT, and Z71 get the standard chassis, but the latter provides up to 9.5 inches of ground clearance versus the 7.9 inches (WT) and 8.9 inches (LT) of the previous two. The WT and LT have 17-inch wheels, while the Z71 and Trail Boss have 18-inch rollers. The new wheels share similar bolt patterns as the full-size Silverado.

On the other hand, Colorado Trail Boss has a wider stance, a two-inch factory lift kit, Multimatic DSSV passive dampers, 18-inch wheels wrapped in 32-inch Goodyear Territory A/T tires, and electronic locking front and rear differentials with a 3.42 rear axle ratio. It also gets cast-iron control arms and underbody cladding to protect the engine, transfer case, and rocker panels when dealing with the rough stuff.

Other tech features include wireless charging, standard hitch guidance (with an available Hitch View camera), an underbody camera (standard in the Z71 and ZR2), and the Chevrolet Trailering App that offers up to 10 camera views around the vehicle. Furthermore, the WT and Trail Boss have more rugged, work-ready cabin materials, while the LT has silver accents and a leather-wrapped tiller. The Z71 has a sportier cabin with cloth/leatherette upholstery and black/red accents.

Chevrolet’s nifty tailgate storage system is standard for the ZR2 and is available across the lineup. It has a 45-inch x 4.0-inch lockable storage in the tailgate to accommodate tools or your favorite iced brewskies. In addition, the tailgate can lock in the midway position like it does on the Ford Maverick.

The 2023 Chevy Colorado will arrive at U.S. dealerships in mid-2023. Production starts next year at the GM Wentzville manufacturing plant in Missouri. Pricing remains forthcoming, but we expect the MSRP to start at $26,000 for the base Colorado WT and $48,000 for the ZR2.