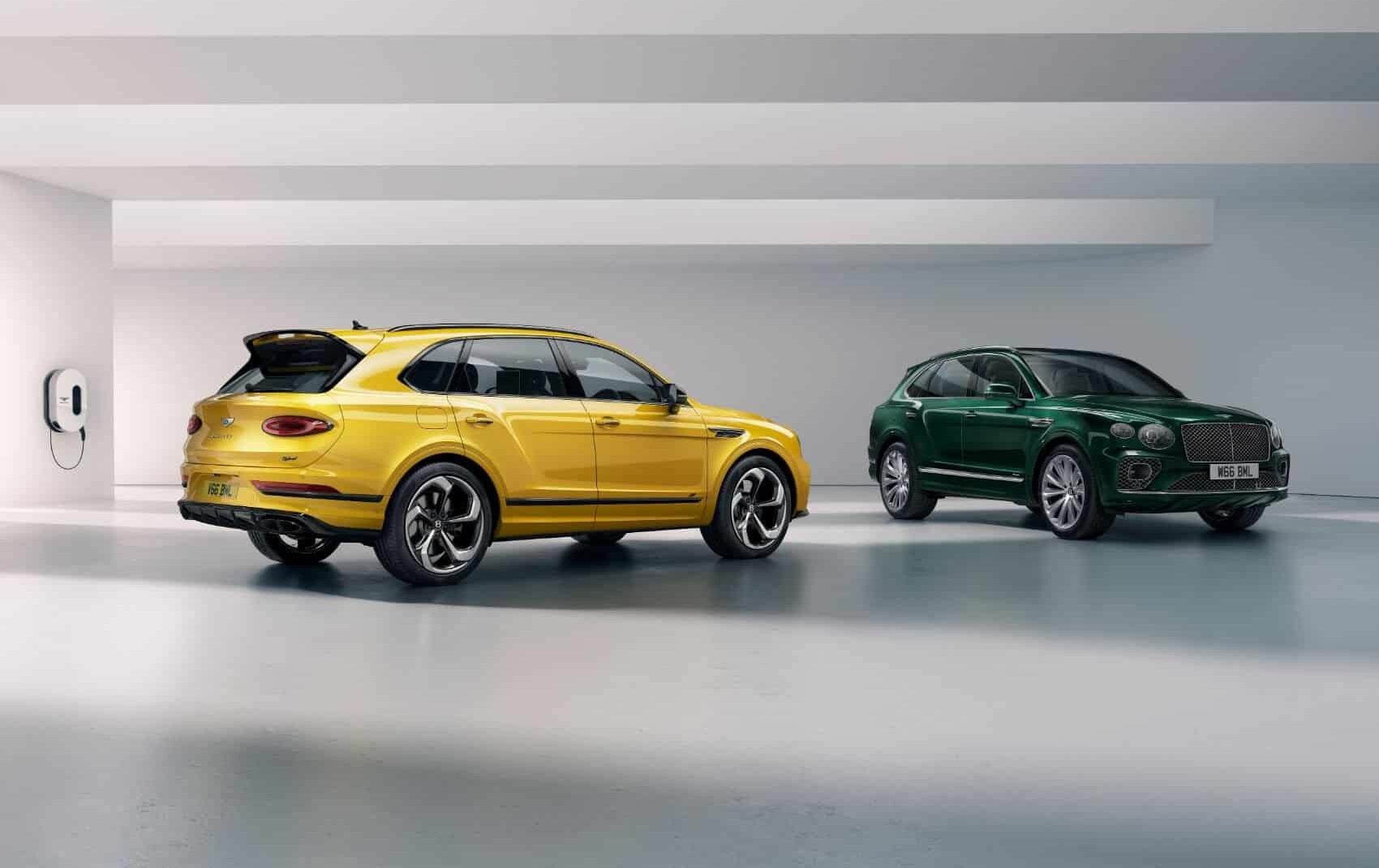 You wouldn’t be amiss calling Bentley tardy to the burgeoning EV landscape. The luxury automaker promises to unveil its first all-electric production car in 2026 after initially forecasting a 2025 release date. However, Bentley has a growing hybrid lineup to tide over deep-pocketed clients who wish to join the battery-electric bandwagon. Bentley recently presented two new variants of its popular, lavish, and mind-numbingly quick Bentayga SUV, and both come equipped with hybrid V6 powertrains.

Enter the 2023 Bentley Bentayga S Hybrid and Bentayga Azure, two new Bentaygas with different intents yet similar approaches to eventual electrification. The latest Bentayga hybrids are the result of Bentley’s research into ownership habits for its first-gen Bentayga hybrid. Surveys by Bentley show that over 90 percent of clients drive their Bentayga Hybrid daily or several times a week, and almost 100 percent of customers use EV mode.

The automaker’s Beyond 100 strategy aims to hybridize all models in Bentley’s lineup by 2025. It started with the Flying Spur S Hybrid that debuted in early 2022. It now has two Bentayga hybrids for 2023. Let’s begin with the Bentayga S Hybrid, the sportier and more athletic of the two. The S has a 3.0-liter TFSI V6 gas engine and a 100 kW electric motor-generator that creates 456 horsepower, 13 more horses than the last Bentayga Hybrid.

The 2023 Bentley Bentayga S Hybrid comes standard with the BlackLine specification that swaps all exterior brightware with darker trim elements. The blacked-out look continues with dark-themed headlights, taillamps, side sills, wing mirrors, exhaust tips, and a black radiator grille. In contrast, the standard 22-inch wheels are available in silver, black, or a polished metal finish. Inside the handcrafted interior are illuminated treadplates, luxurious cowhide with fluted seats, a digital instrument display with custom graphics, and sustainable Dinamica fabric.

Bentley vehicles with the Azure moniker are about highlighting occupant comfort and well-being. The Azure has the same turbo V6 engine and hybrid powertrain as the Bentayga S Hybrid and is presumably just as quick. But the S doesn’t have 22-way comfort seats with heating and ventilation and an ultra-peaceful cabin with significantly reduced noise, vibration, and harshness (NVH) levels. The obsession with silence and wellness led Bentley to consult neuroscientist Katherine Templar-Lewis of Kinda Studios to better address the “well-being behind the wheel” concept.