The Mazda MX-30 made its initial debut at the 2019 Tokyo Motor Show. It’s a nice-looking crossover, and it has the genes of Mazda’s RX-8 rotary-powered sports car from the early 2000s. Have you seen those center-opening double rear doors, or what Mazda refers to as “freestyle doors?” Well, they are back with a vengeance for the MX-30.

Practicality issues aside, every new EV needs a party piece to grab attention. If the Tesla Model X can have falcon doors, the Mazda MX-30 can have suicide doors. And while Mazda has nailed the styling (as usual) of its all-new electric crossover, we have some issues with the MX-30.

America is receiving two versions of the 2022 Mazda MX-30: EV and PHEV. The all-electric EV model will have a 35.5 kWh lithium-ion battery and a single electric motor turning the front wheels. The 144 horsepower and 200 lb-ft. of torque output seems modest on paper, but not until you learn that Hyundai’s Kona Electric has a 201-horsepower single electric motor and a larger 64.0 kWh battery pack.

The next version is an MX-30 PHEV (plug-in hybrid electric vehicle). It reportedly will have the same 35.5 kWh battery and front-mounted single electric motor as the EV model. The novelty part includes a standard gasoline-powered rotary engine under the hood, burning good ol’ dinosaur juice to compliment the batteries. Mazda’s rotary engines are known for their silky-smooth power output and rev-happy demeanor. But if there’s one thing rotary engines are NOT known for, it’s fuel economy. The question is: What is a gas-guzzling rotary engine doing in a PHEV?

“Mazda is preparing for the fast-changing U.S. market demands by taking a multi-solution approach to electrification,” explained Jeff Guyton, President of Mazda North American Operations. “The battery-powered MX-30 will begin the introduction of additional electrified models, including a series plug-in hybrid with a rotary generator for MX-30, a plug-in hybrid for our new large platform, and a traditional hybrid for our new American-made crossover.”

In the MX-30 PHEV, the 0.33-liter single-rotor rotary engine will only run at idling speed and is not physically connected to the driving wheels. “The rotary generator will mark the return of our unique rotary powertrain,” Guyton continued. “This technology is being engineered for nearly silent operation and will replenish the battery rather than drive the wheels.”

But with the added weight and complexity of the PHEV powertrain, it might have been better if Mazda insisted on a bigger battery from the onset, negating the need for a gasoline-burning range extender.

The Mazda MX-30 EV is not what you call a long-range electric vehicle, unlike other offerings on the market. With a pint-sized 35.5 kWh battery, a Euro-spec MX-30 EV (with the same battery) goes to 124 miles on a full charge in the WLTP cycle. We’re expecting MX-30 EVs in the U.S. to have around 100 miles of range. Although nothing is confirmed, that could be a problem. For example, the base Nissan Leaf has a 40 kWh battery, enough for 150 miles of range, and the second-gen Leaf has been on sale since 2017.

On a different note, the MX-30’s minimalist interior is worthy of praise. Mazda chose low-impact and sustainable materials like cork, natural fibers, and recycled plastics for the dashboard, center console, and door panels. Mazda even harvested corks from trees that have fallen naturally. Meanwhile, the center console has a seven-inch touchscreen display to control the HVAC system. There’s a separate display on top of the dash to handle the infotainment features.

The Mazda MX-30 EV arrives in California this fall, while the MX-30 PHEV will debut in early 2022. Pricing, trim models, and other specs remain forthcoming.

Mazda needs to be more aggressive with its pricing strategy to win buyers. For comparison, the 2021 Volkswagen ID.4 in base trim has a 201-horsepower rear-mounted single electric motor, a 77 kWh battery pack, 260 miles of range, and room for up to five adults and cargo, all while starting at $35,000 before applicable federal and state tax credits.

As the MX-30 becomes available, we trust we trust Rydeshopper, a free and neutral third-party search site* that lets you see dealer inventory in your area. Rydeshopper will help you compare prices and see which dealers offer the best discounts and incentives on the MX-30. 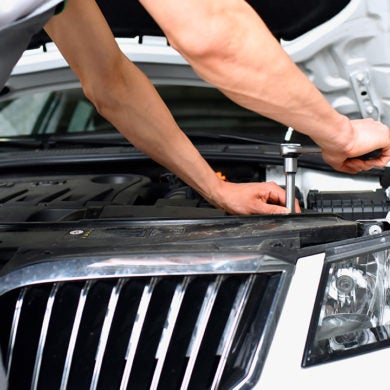 How To Find the Best Vehicle Protection Plan (2021)