You Can Now Buy a Tesla With Bitcoin

According to a recent Twitter announcement from Elon Musk, buyers in the United States can now purchase a Tesla vehicle using bitcoin. In February, Tesla revealed its purchase of $1.5 billion worth of bitcoin and that it planned to begin accepting the cryptocurrency as payment in the near future.

Tesla is directing U.S. customers to this support page for additional information if they wish to purchase a vehicle from their bitcoin wallet. International customers should be able to utilize bitcoin payments for Tesla vehicles later this year.

According to Tesla, when customers buy vehicles with bitcoin, the company will hold the digital currency (versus converting it to dollars) and handle all cryptocurrency transactions internally with an open-sourced software. Essentially, Tesla will turn one-time payments into assets with changing value, as reported by SoFi Daily News.

According to CNBC, Tesla may benefit from cryptocurrency swings as they can issue a customer-requested refund for a vehicle purchase in either U.S. dollars or bitcoin. Both SoFi Daily News and CNBC mention the environmental impacts of bitcoin being at odds with Tesla’s more green image.

Experts caution that customers be aware of the tax liabilities associated with a Tesla bitcoin purchase. The Internal Revenue Service maintains this FAQ page for those who want to proceed forward with using virtual currency.

Tesla’s current lineup includes the Model 3, Model X, Model Y, and newly-revised Model S. Although not yet on the road, ordering for the Cybertruck is currently open on Tesla’s website. 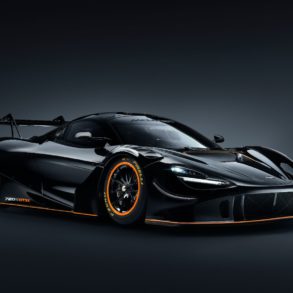