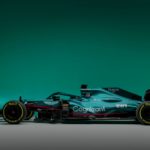 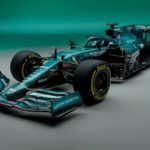 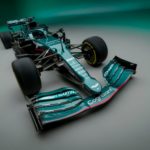 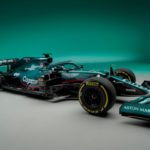 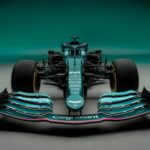 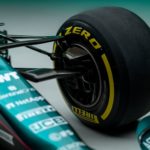 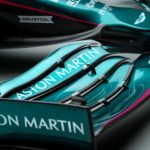 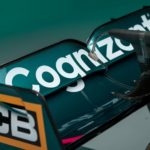 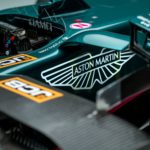 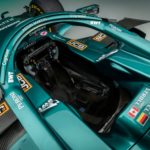 Aston Martin has made it back to the pinnacle of racing, Formula 1, and they’ve done it in high style. Yes, I said returned, and reasons are just about as complicated as you would expect. Oh, and they brought along an old ringer, just for good measure.

Aston Martin used to run in F1 back in the 1950s. Actually, the last time they ran (more or less competitively) was when they won Le Mans outright in 1959. Aston Martin was better at sports cars back then than they were with open-wheel cars, but that’s no reason not to take another run at this. Hence the new Aston Martin Cognizant Formula One team.

The hows, whys, and wherefores sound like something out of The Real (Rich) Housewives of Montreal, but it’s all true. As you might know, not that long ago, Aston Martin was on shaky financial footing. Despite making outstanding road cars, and having this frighteningly capable Newey-designed Valkyrie waiting in the wings, ol’AM was looking really wobbly.

Enter Lawrence Stroll, a Quebec businessman and the money guy behind Tommy Hilfiger. He decided that a perfectly good thing to do with his money (current net worth: 3.2 billion) was buy Aston Martin. Good for him! The gearheads of the world thank you! But why get back into F1?

Rewind a few years. That’s when Lawrence bought the Force India team from Indian “billionaire” Vijay Mallya (last I heard, he was arrested and sought on financial malfeasance). Force India used to be Spyker F1, and before that, Midland F1 Racing, and before that, ta-dah!, Jordan Grand Prix! That’s right, Eddie Jordan’s old outfit. The guys that gave a young Michael Schumacher his first ride in the big leagues. So why not, Lawrence Stroll must have thought, bring Aston Martin back to the top of the heap? Bonne chance, mon amie!

Saying Vettel is a heavy hitter is sort of like saying Mike Tyson knows how to throw a punch. Sebastian did a long (seemingly endless) stint at Ferrari and just couldn’t get the chemistry right. He got close (oh so close) to winning championships for the storied team from Maranello but could never seal the deal. Ergo, the kid from Germany (dear God, he’s still only 33!) has something to prove.

And yes, Lance Stroll. Lance would be the son of Lawrence, and I know what you’re thinking. And yes, you’d be partly right. Let’s face it; Lance got into F1 because he brought a big suitcase full of $$$. Maybe two. And yes, it could be fairly said that daddy bought him an entire team, but … but … but. Look, Lance has been, on occasion, Fast (with a capital “F”). He nearly won in Baku, Azerbaijan a couple of years back and he’s shown flashes of brilliance and raw talent that you have to be willfully blind to ignore.

If – and this is a big if – he can get his head right, keep it down and concentrate, he could be a serious threat. Could he beat Vettel? I’m not saying that. Look, there are only two or three guys out there who can handle Sebastian, and Lance ain’t one of them. Maybe. Then again, maybe he could. That’s why you gotta run the race: To know who is the fastest and not just guess.

Oh, and about that style thing. Would you just check out the livery on the new Aston Martin F1 car! Officially called the AMR21, it’s painted in the traditional factory racing colors of a shiny, slightly darker-than-medium-green. It’s called Aston Martin Racing Green, and it’s the same colors they painted their racers back in the 50s; lighter than the green on Jags, darker than the UDT Laystalls. Very pretty.

Combine that AM Racing Green with the traditional red Ferraris, the blue Alpines (the new Renaults), and the Silver Arrows of Mercedes-Benz, and it’ll make for a very colorful grid for 2021. We’ll get to see if the AMR21, Lance, and Sebastian can live up to the hype, pressure, and expectations when the cars take to the grid in Bahrain for the first race of the year on March 28th.