Forza Horizon 4, the less realistic but maybe more fun sibling of Turn 10 Studio’s Forza Motorsports, just announced a new addition to the fleet of vehicles you can drive: The Quadra Turbo-R V-TECH from Cyberpunk 2077. “What, that some sort’a Honda er sumpin?” you might ask.

Oh no, it’s much more than that. It’s a spectacularly well-timed tie-in with the Christmas Season’s “it” game, even though not everybody is happy with it at the moment.

The gaming web has been going nuts with the release of Cyberpunk 2077, a game that’s like a cross between Blade Runner, a William Gibson novel, and an all-too-close nightmare future. Set in the open world of Night City, you take on the first-person perspective of a customizable mercenary known as V, who can acquire skills in hacking and machinery with options for melee and ranged combat.

That’s all a nice way of saying you get to run around and be a digital badass. You’re a gun for hire. You’re a man without a future trying to outrun your past. You know the usual tropes, plus all the fun stuff of violence, explosions, and driving way too fast.

This brings us to the Quadra Turbo-R V-TECH. According to the Cyberpunk fandom wiki (of course), the Quadra Turbo-R was introduced as America’s response to Japanese sports cars. It was designed and manufactured in Detroit (of course). With its powerful turbocharged engine, it instantly became a star in the tuner scene when it was released in the mid 2050s. Cute.

I also note that it weighs 1,450 lbs. and cranks out 607 ponies. Not bad, and not a stupid, cartoonish “weighs 902 lbs. and puts out 5,347 horsepower while carrying a suite of offensive and defensive weapons etc.”

The inclusion of the Quadra Turbo-R V-TECH into Forza Horizon 4 is a masterstroke of timing and good marketing that is a total Microsoft move. They always pull stuff like this, from getting Mick Jagger to sign off on Start Me Up ads to, well, including the car from the game of the year. Plus, you gotta say that having a 1,500 lbs., 600 plus horsepower car to throw around an open-world environment sounds like a complete blast.

The Quadra Turbo-R V-TECH is available now as a free download. 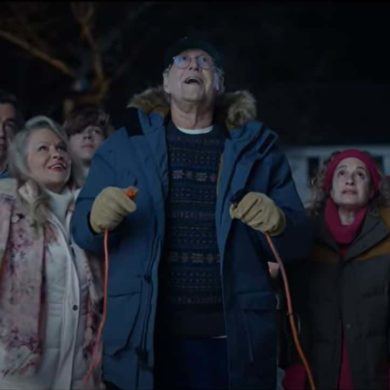