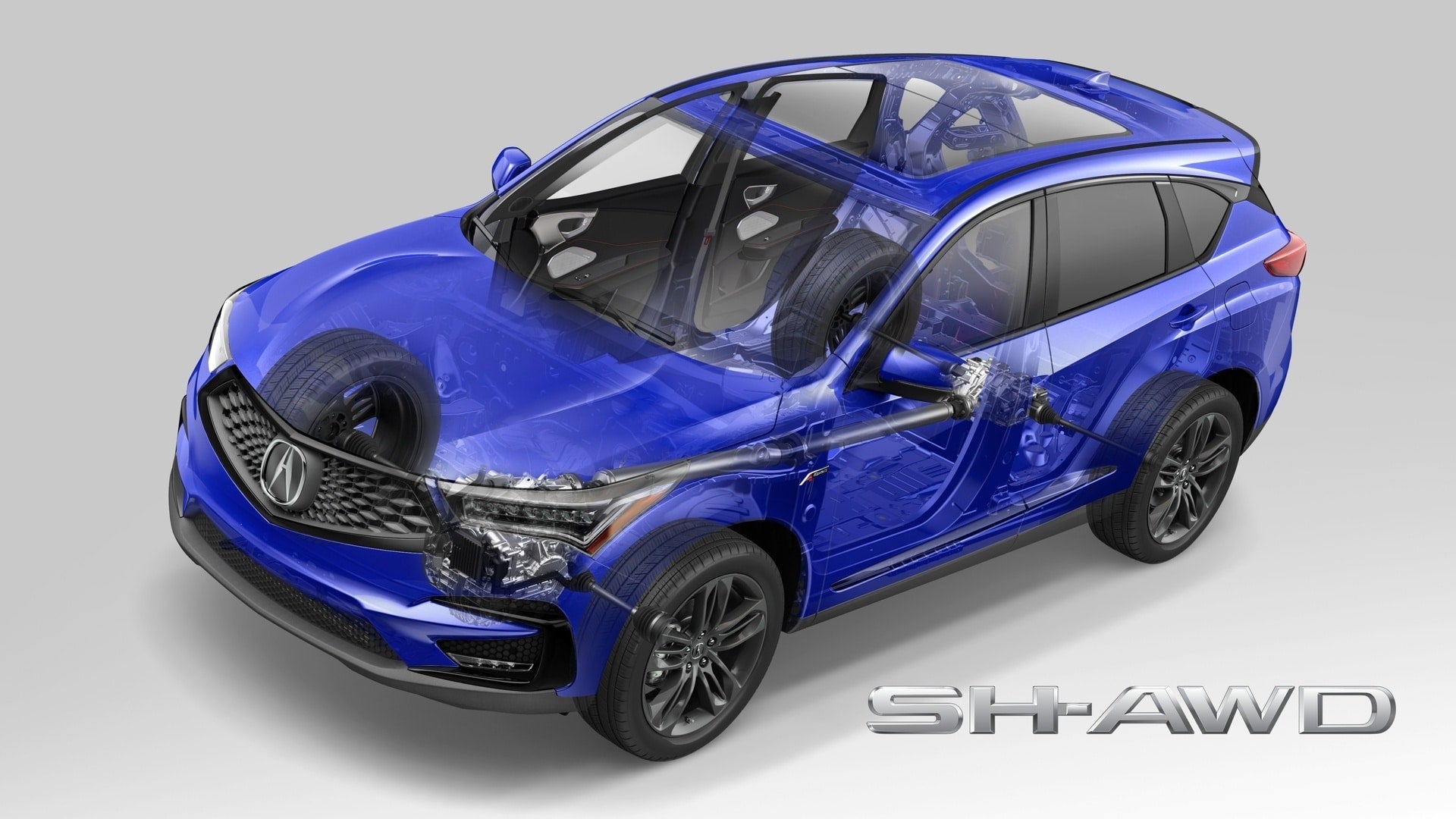 Like other all-wheel-drive systems, Acura’s Super-Handling All-Wheel Drive (SH-AWD) distributes engine power to the front and rear wheels. Four spinning wheels instead of two means having increased traction in all road conditions, including wet tarmac, loose surfaces, and snow-covered pavement. However, the similarity between SH-AWD a conventional all-wheel drive (AWD) system ends there.

The ‘Super Handling’ part adds torque vectoring between the left and rear wheels. Unlike conventional AWD systems, SH-AWD adjusts the torque being sent to either the left and right rear wheels, depending on the driving condition.

There are currently two versions of Acura’s SH-AWD system: mechanical (for conventional gasoline-powered vehicles) and hybrid electric. In this guide, we’ll talk about both.

Super-Handling All-Wheel Drive is an automatic, full-time all-wheel-drive system on some Acura and Honda vehicles. First introduced in the 2005 Acura RL and the Honda Legend in Japan, SH-AWD has undergone a few iterations over the years.

Here comes the torque vectoring part. Acura’s SH-AWD can even feed 100-percent of power to either the left or right rear wheel while continuously varying the torque distribution between the front and rear wheels in the process.

The system can feed 90-percent of power to the front wheels at straight and steady cruising. And all of this happens seamlessly and instantaneously without the driver even knowing it.

Acura’s SH-AWD made other carmakers think twice about their respective AWD systems. It inspired Audi to incorporate a similar torque-vectoring system for its Quattro All-Wheel-Drive system back in 2007.

The best example of the latest-generation SH-AWD is found in the 2021 Acura TLX Type S. Based on Acura’s existing fourth-gen SH-AWD hardware, the TLX Type R has a rear-biased system. It sends up to 70-percent of engine torque to the rear axle, but it can shift 100 percent of available torque to either the left or rear wheel.

How does SH-AWD work?

But what really makes SH-AWD unique are the gear sets and clutch packs on each rear wheel, which are located near the ends of the rear differential. This allows SH-AWD to perform variable torque vectoring between the left and right rear wheels.

Acura’s SH-AWD utilizes sophisticated sensor data to match the vehicle’s weight distribution based on wheel traction and driver inputs. In short, SH-AWD is a proactive system that relentlessly analyzes yaw rate, steering angle, lateral G-forces, and wheel speed. For example, SH-AWD feeds 90 percent of the available power to the front wheels as you cruise in a straight line. This improves fuel economy as the system does not need to feed more power to the rear wheels. But when you push the gas pedal, SH-AWD instantly reacts and sends up to 45 percent of the available power to the rear wheels. This gives the vehicle a sportier ‘rear-wheel-drive’ feel without compromising traction.

As you approach a corner, SH-AWD goes to action by sending up to 70 percent of the available torque to the rear wheels. It reacts to sudden weight transfers and yaw movements and feeds power accordingly to the wheel that needs it most. And since SH-AWD also refers to sensor data from weight-transfer, it helps the vehicle rotate over a turn by reducing understeer. SH-AWD revolves the outside rear wheel faster than the three remaining wheels. It’s like having a guiding hand that pushes the nose of the vehicle towards the apex:

How does Acura SH-AWD compare to other AWD systems?

The huge variances between all-wheel-drive systems from different manufacturers have enough technical intricacies to fill a small book. Subaru has four versions of Symmetrical All-Wheel Drive, and Mercedes-Benz has no less than five types of 4MATIC AWD. And with that, making a direct comparison between SH-AWD and other AWD systems is difficult at best. However, we can skim the surface to discern the main differences between SH-AWD and others on the market.

The most basic type of Subaru’s Symmetrical All-Wheel Drive is an active torque split AWD system. It distributes engine torque 60:40 between the front and rear wheels. However, sensors monitor grip levels, vehicle speed, transmission operation, and driver inputs. Once the system detects slippage, an electronically controlled multi-plate transfer case adjusts the torque distribution between the front and rear wheels to maximize traction.

The latest iteration of Audi’s Quattro permanent AWD system is found in the vivacious RS7 Sportback and RS6 Avant. In normal driving, Quattro distributes torque 40:60 between the front and rear axles via a mechanical center differential. But if one wheel slips, Quattro can divert up to 70 percent of the available torque to the front and 85 percent to the rear. The system utilizes wheel-selective torque control to apply braking force to the inside wheels during cornering. However, Audi will throw in an optional Quattro sport differential to shift engine torque between the rear wheels.

Acura’s SH-AWD is a front-biased system, while Audi’s Quattro is a rear-biased system – a typical trait of German AWD mechanisms. But SH-AWD provides standard torque vectoring while Quattro requires the Dynamic and Dynamic plus packages to deliver torque vectoring between the rear wheels.

BMW’s xDrive AWD directs 40 percent to the front and 60 percent to the rear during normal driving. Sensors monitor wheel slip and steering and pedal inputs to redirect up to 100 percent of engine torque to either front or rear axles to improve handling and stability. Performance variants of xDrive offer various driving modes, including a 2WD mode that only sends power to the rear wheels. BMW xDrive also has an Active M differential to offer torque vectoring in the rear wheels.

Mercedes-Benz’s 4MATIC AWD system is available in multiple variants, as previously noted. 4MATIC variable AWD is a pure front-wheel-drive system in normal driving, but it can offer a 50:50 front-rear split in challenging conditions to improve traction and stability. Meanwhile, 4MATIC permanent AWD splits power at 45:55 or 50:50 between the front and rear axles and shifts more torque to the slipping wheels. If you want torque vectoring, you’ll need to look at an AMG performance variant with a multi-disc clutch and an electro-hydraulic rear axle differential.

What is Sport Hybrid SH-AWD?

Acura’s Sport Hybrid SH-AWD is found in the RLX, MDX, and NSX supercar. Instead of directing engine torque from front to rear using a driveshaft and rear differential, Sport Hybrid SH-AWD utilizes an electric Twin Motor Unit (TMU) to distribute power to each rear wheel. In the Acura NSX, the TMU unit is powering the front wheels.

What is All-Wheel-Drive (AWD)?

For clarity’s sake, AWD is different from 4WD. The former is more oriented towards road use, while the latter has more robust components for off-road driving. However, both AWD and 4WD operate on the principle of sending engine torque to all four wheels.

The difference is how AWD and 4WD operates. In an AWD system, everything happens instantaneously with no driver inputs. In a 4WD vehicle, the driver can choose between various settings like high/low range when tackling harsh terrain. In this article, we’re talking more about AWD since Acura’s SH-AWD system operates similarly to a conventional AWD system.

There are two general types of AWD systems: Part-time and full-time. In part-time AWD, the system sends torque to two wheels and automatically engages the other wheels when added traction is necessary. On the other hand, a full-time AWD system drives the front and rear axles all the time.

What is Torque Vectoring?

Fellow Japanese carmaker Mitsubishi was among the first to experiment with torque vectoring in its rally cars. The ability to alter the amount of torque to the left and right wheel improves handling and cornering and improves traction and grip over varying road conditions.

How does SH-AWD behave in the snow?

Here’s the fun part: SH-AWD is designed to excel in any type of road condition, including snow. As the system analyzes wheel slip, it can redirect power to the offending wheel to maintain stability over slippery, low-traction surfaces.

Which Acura models come with SH-AWD?

Acura’s SH-AWD is available across the entire lineup except for the ILX (which is front-wheel drive only). You can get SH-AWD in the Acura TLX, RDX, MDX, RLX, and NSX supercar.

What does SH-AWD mean?

SH-AWD is the acronym for Super Handling All Wheel Drive.

Is Acura SH-AWD worth it?

Yes. Acura’s SH-AWD delivers better traction and grip. It also improves handling and stability on all types of roads and in any weather condition.

Acura is at the forefront of technology with its SH-AWD system. With variable torque vectoring and proactive all-wheel control, we can only wonder what Acura will come up next in its quest for dominance in the premium automotive segment. 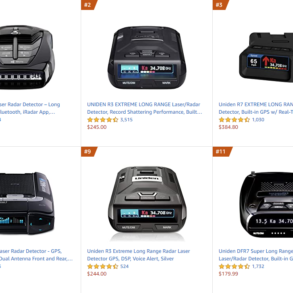