Nationwide is one of the biggest car insurance companies in the country and is widely known by Americans for its popular commercial slogan, but is Nationwide as good as its reputation suggests? Below, our team digs into Nationwide Insurance reviews, cost, coverage, and more.

Anytime you shop for auto coverage, we recommend getting quotes from multiple providers before making any decisions. The provider that’s best for you might not be what’s best for your neighbor. The quote you receive will depend on your driving history, vehicle make and model, your state, and more. Enter your zip code below to start getting rates from some of the best auto insurance companies on the market.

Affiliate Disclosure: Automoblog and its partners may be compensated when you purchase the products below.

Nationwide has been doing business since 1926 and has become one of the country’s biggest car insurance companies. It provides auto insurance coverage in 47 states and wrote over six billion premiums in 2019 alone, according to the National Association of Insurance Commissioners. The company has an A+ financial strength rating from AM Best, and there are many positive Nationwide insurance reviews from customers.

With Nationwide, you can get the following standard types of auto insurance:

Additionally, you can get these extra types of coverage with your Nationwide car insurance policy:

Nationwide has a reputation for being expensive, according to Nationwide insurance reviews from customers. But your own auto insurance rate will depend on a number of factors, including your vehicle make and model, your age, driving history, and where you live.

If you’re trying to make a decision on Nationwide coverage, check out some of the ways you could save on your auto policy.

Nationwide has an easy online claims process that allows customers to file and track claims, as well as search for repair facilities. The website also has a helpful list for “do’s” and “don’ts” after an accident – such as phone numbers to call and information you need to gather from the other party. With any insurance company, reviews of the claims process will be mixed, but Nationwide insurance reviews typically point to a smooth claims experience.

Nationwide has a couple mobile applications available for its customers. Nationwide Mobile allows policyholders to access their insurance information on the go. Some features of the app include online payments, ID card sharing, filing claims, connecting with roadside assistance, and more. The app has a 4.3-star rating on Google Play with over 5,000 customer reviews. Most of the reviews are positive, but there are a couple about glitches when logging in.

The SmartRide app is available to reward Nationwide customers for safe driving. The app gives you personalized feedback to help you save money. The driving trends that the app tracks are miles driven, hard braking, idle time, and night driving.

Customers earn 10 percent off by signing up for the program and can then earn up to 40 percent off by following the safe driving guidelines. The SmartRide app has a 3.3-star rating based on just a few reviews, with some frustration from customers about how the app tracks driving.

Nationwide earned an A+ rating from the Better Business Bureau (BBB) based on more than 100 customer reviews. In the last three years, there have been more than 200 customer complaints, and all of them have been resolved. Most complaints and negative Nationwide reviews tend to be specific examples and should be read with that in mind.

“I have had Nationwide auto insurance for over 15 years, and I have never had a problem. When my car was hit by a drunk driver, Nationwide paid for the repairs and then they, in turn, went after the other insurance company for reimbursement. Within a matter of a week, I had my own car back, fixed like new. Thank you, Nationwide!” – Kimberly A., BBB

“I was pleased by the service provided by [the Nationwide representative]. He is very helpful and friendly… Blessed to get help from him. Thanks a ton!” – Saaqib P., BBB

“Horrible experience. They don’t want to pay anything, deny, deny, deny. Using Covid as an excuse, refuse to refund all expenses after making me spend hours filling out pages and pages of paperwork.” – Amber B., BBB

“They are overpriced. I switched to Geico in March and canceled Nationwide. My rates for the same coverage [are] so much lower.” – Nancy D., BBB

Our Verdict On Nationwide Insurance

Our team rated Nationwide at 89 percent because of its excellent availability and coverage options. The car insurance provider has a long list of discounts, but it lacks in general affordability and customer service based on Nationwide insurance reviews.

We recommend getting a quote from Nationwide and comparing it with a few other free quotes before making your final decision on coverage.

Other Recommendations for Car Insurance

Nationwide is a good choice for car insurance, but it’s always smart to look into multiple providers and compare things like coverage, discounts, and customer reviews. Some top providers you should consider are USAA and State Farm.

Our team rated USAA at 96 percent because of its outstanding customer service and affordability. Car insurance from USAA is a great choice if you or any of your family members are current or former members of the military. The insurer has an AM Best financial strength rating of A++, which is considered outstanding.

Our team rated State Farm at 95 percent because of its many discounts for young drivers and outstanding online experience. State Farm has an A rating from the BBB and a 4.5-star rating on Google Play.

With State Farm’s Drive Safe & Save™ program, you can save up to 30 percent if you are a safe driver. There’s also the Steer Clear® program, which is highly suited for students. Both of these tools have mobile applications that are also highly rated on the App Store. For more information, read our full review of State Farm auto insurance.

Nationwide insurance has a reputation for being expensive, but the company does have many discounts and a usage-based auto insurance option. Bundling discounts and practicing safe driving habits can save you money with Nationwide.

Is Nationwide better than State Farm?

Nationwide and State Farm are two of the biggest auto insurers in the country. Which one is better for you will depend on what you’re looking for. Nationwide is a good choice for senior car insurance, while State Farm has great discounts and programs for students and teens.

What is the best insurance company?

After performing in-depth industry research, our review team named Geico auto insurance the Best Overall. The best insurance company for you will depend on what you’re looking for. With any company, your rates will depend on many factors including your vehicle and driving history. 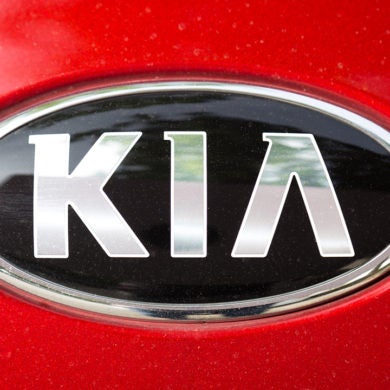