The 2021 Acura TLX is everything we’re hoping for and more. The second-generation TLX bears no resemblance to the outgoing model, and that’s a good thing. The old TLX was underpowered and bland to drive, for starters, making it a hard sell compared to the feisty Germans. But when Acura previewed the unforgettable Type S Concept at The Quail, a Motorsports Gathering in California last year, we knew the incoming TLX would signal the renaissance of Japanese sports sedans.

And based on what we’re seeing so far, we were right. The all-new TLX is not just here to impress, but it’s engineered from the ground up to literally blow away the competition. “With this new TLX, we’re doubling down on what today’s sport sedan enthusiasts are asking for – a more stylish, personal, and performance-focused driving experience,” said Jon Ikeda, Vice President and Acura Brand Officer.

Sure, we all know the TLX is built on a shared global platform with the Honda Accord. Some people refer to the old TLX as an Accord with a more plush badge, but things are different for the 2021 TLX. “Our designers and engineers really took the gloves off, rethinking what an Acura sport sedan should be, right down to its most essential elements – stance, proportion, platform, and powertrain,” Ikeda added.

It’s the first Acura sedan built around the brand’s Precision Crafted Performance ideology, riding on a model-exclusive chassis and body structure. According to Acura, the new chassis is 50 percent stiffer than before and is the most rigid one Acura has ever made, barring the NSX. The new TLX signals the return of a double-wishbone front suspension architecture to replace the previous MacPherson setup.

Getting Behind The Wheel

The new Dual Personal Cockpit interior is further proof the 2021 Acura TLX is not merely an Accord clone. The cockpit is home to a high-mounted 10.2-inch display along with a generous application of premium materials, including full-grain Milano leather, aluminum trimmings, and open-pore wood. Apple CarPlay and Android Auto are standard, too.

Speaking of the interior, the new TLX is equipped with power-adjustable front seats, a thick-rimmed flat-bottom tiller wrapped in leather, ambient LED lighting, and a console-mounted touchpad with swipe zones and handwriting recognition.

But enough about the interior. Let’s talk about the real shock factor of the 2021 TLX: The way it looks!

Longer, lower, wider – this basically explains what the 2021 Acura TLX is all about. It pretty much resembles the Type S Concept with a lower and wider stance, a magnificently long hood, bulbous rear haunches, and a tapering greenhouse. The new TLX has a 3.7-inch longer wheelbase than the old model, and the dash-to-axle ratio was elongated by as much as 7.8 inches. Add to this the lower roof, a 2.2 inch wider body, and wider front and rear tracks, and the result is a serious performance contender with the looks to match.

At the front, the hideous beak-shaped grille is retired for a new diamond pentagon design. The eyes consist of jewel-type LED headlights with four LED elements and Chicane daytime running lights, both of which were lifted directly from the Acura ARX-05 Daytona Prototype racing car. The clean-sheet design is also evident in the back with an upswept decklid, dual exhaust, and Chicane LED taillights.

What really impresses is the clear evidence of restraint in the overall design package. Mentioning the words ‘Type S’ or ‘Type R’ immediately brings to mind large spoilers, aggressive body kits, and aero cutouts, elements which are thankfully absent in the new Acura TLX and Type S. In fact, the available A-Spec sport package for the new TLX only includes larger wheels, gloss black accents, a subtle decklid spoiler, and darkened lighting elements.

2021 Acura TLX Type S: Back With a Vengeance

Oh yes, the Type S is back after a 10-year hiatus, and we reckon it’s going to be the best Type S yet. This high-performance derivative of the new TLX will have a larger V6 engine, 20-inch wheels, larger side intakes, quad exhaust tips, a new front splitter, and a subtle rear diffuser – all of which were previewed in the Type S Concept presented last year.

However, the 2021 Acura TLX Type S won’t arrive until the spring of 2021. It’s quite a long wait, but the standard TLX is good enough to merit your undivided attention.

What Engine Does The 2021 Acura TLX Have?

The 2021 Acura TLX is powered by a 2.0-liter turbocharged four-banger with VTEC and direct injection. It produces 272 horsepower and 280 lb-ft. of torque. Acura says this new 2.0-liter engine has the highest specific horsepower output among other four-bangers in the sport-luxury category dominated by Beemers, Mercs, and Audis. The new engine has 66 more horsepower and 98 more lb-ft. of torque than the larger 2.4-liter mill of the outgoing TLX.

When it comes to the new TLX Type S, we were right in predicting a turbocharged V6, although Acura will release the final specs closer to the intended launch date. It’s actually a 3.0-liter V6 with direct injection and double overhead camshafts. Acura says the Type S engine was developed by the same team that honed the twin-turbo hybrid V6 in the NSX supercar, so we’re expecting it to be doubly special.

And if Acura manages to squeeze out upwards of 350 to 400 horsepower, we’re all in.

Both engines are mated to a 10-speed automatic with paddle shifters. The standard TLX is front-wheel drive while Acura’s Super Handling All-Wheel Drive (SH-AWD) is optional. The 2021 TLX Type S is the first Type S to have an AWD system. The fourth-gen SH-AWD in the TLX is a rear-biased system. It can transfer up to 70 percent of the available torque to the rear axle and send up to 100 percent to either the left or right rear wheel.

The 2021 Acura TLX will arrive on September 28th 2020. The chart below shows the starting MSRP for the car, depending on options. Add $1,025 to the figures below for destination and handling. Regarding the TLX Type S, Acura says it will arrive next spring with a starting MSRP in the low to mid $50,000s. 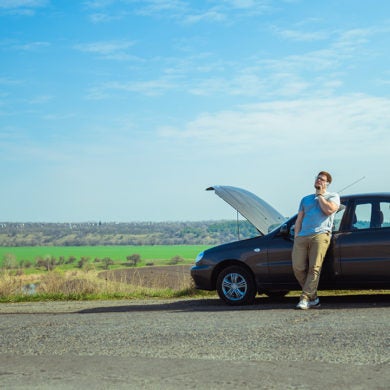