Lotus Evija Configurator: How Would You Design Your Dream Evija? 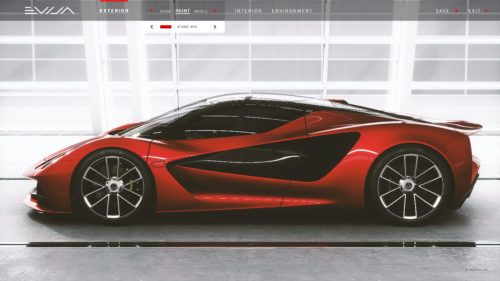 The Lotus Evija is the automaker’s first electric vehicle, and like any Lotus, it’s pretty much a technical marvel. The Evija’s power output of 2,000 PS makes it the world’s – drum roll please – most powerful production road car! Although we think somebody (and there will be somebody!) will try and top that before long (Bugatti, Pininfarina, Ultima etc.), the Evija is the king of the mountain for now.

With the Lotus Evija, it’s customization that’s king. When you’re at this level, offering bespoke treatments is the icing on the cake. The Evija is one frosty cake for sure, and no two customers are cutting the same slice. Lotus says personalization requests are coming in for every aspect of the car.

“We know every customer journey will be unique and our highly experienced customer relations team is ready to support any requests,” explained Simon Clare, Executive Director, Global Marketing, Lotus.

What Is The Lotus Evija Configurator?

The touch-screen configurator uses gaming software and powerful graphics processors to create “photo-realistic” images and animations of the Evija. In so many words, customers can build their dream Evija from the ground up. However, Lotus uses an advanced imaging technique known as ray-tracing, which takes this far beyond any normal car configuration tool. Buyers can actually take their Evija and drop it into multiple environments around the world to see how sunlight in their area will affect the look of the car.

This is, admittedly, hard to do in Michigan where it rains in the morning, is bright and sunny in the afternoon, snows at night, with thunderstorms in the overnight just for good measure. But you get the idea.

“With state-of-the-art digital tools such as the new configurator, we can accommodate customer preferences and requirements from anywhere in the world at the touch of a button,” Clare said.

Where Is This Cool Lotus Evija Configurator?

Unfortunately, it’s not something we can play with online. You only receive a configurator from Lotus if you reserved an Evija. Thus, you can’t waste time dinking around on the Lotus Evija Configurator when you should be working (but I totally would).

Regardless, the company released a series of photos showing how customers are configuring their cars. A gallery and a video are below. They reveal a car inside the Lotus Design studios in Hethel, UK. The ones in the gallery are finished in Atomic Red with a Carbon Black accent pack. The video shows this Evija, along with two others: one in Solaris Yellow and the other in Carbon Black.

Production of the Lotus Evija will begin later this year, with the first allocation already designated to customers. Lotus is only building 130 examples, with a retail price right around two million. At the time of delivery, customers will receive a hand-crafted book with images of their individual car during key moments of its assembly.

Talk about something cool to put in your office! 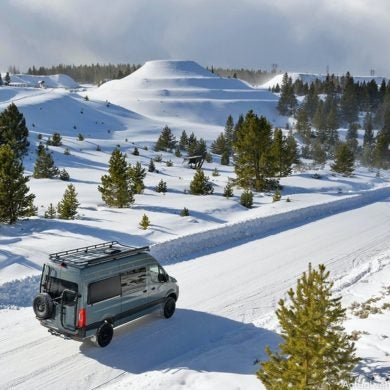