2020 Genesis G70 Review: How Well-Deserved Are All The Accolades?

Carl Anthony
Test Drives
10 min read
Home
Reviews
Test Drives
2020 Genesis G70
In Our Opinion:
The Genesis G70 has garnered a lot of attention since its arrival in 2017. The car is stylish and sporty, but buyers have plenty of options in this segment. Although the G70 lacks in at least one key area, it's still desirable and as close to perfect as any new brand could get. Our only question is if Genesis can maintain their current momentum. Right now, things look promising. What we don't want to see is a fall from grace as others have done in this segment. We hope Genesis can stay ahead of the curve and improve, in time, on the vehicles they have already brought to market.
Exterior Styling
90
Interior Layout
81
Driving Dynamics
92
Safety & Tech Features
84
Everyday Functionality
76
Pros
Sharp Interior
Sport Exhaust
Numerous Third-Party Awards
Cons
Cramped Rear Seat
Infotainment System
85

The 2020 Genesis G70 lives in a crowded house, and everyone is fighting for the bathroom first thing in the morning. In this slice of the market, Genesis is up against a potential laundry list of competitors: Acura, Alfa Romeo, Audi, BMW, Cadillac, Infiniti, Jaguar, Lexus, Lincoln, Mercedes-Benz, and Volvo.

In 2017, Genesis was ranked highest among premium automakers in J.D. Power’s U.S. Initial Quality Study. Likewise, in J.D. Power’s 2020 Vehicle Dependability Study the brand ranked number one again with the larger G80. Regarding the G70, it was the 2019 North American Car of the Year and MotorTrend’s 2019 Car of the Year. The G70 was also a category winner in the Car and Driver 2019 10 Best awards, and received the “Best of 2019” designation from Cars.com.

Does the Genesis G70 live up to its reputation? That’s what we wanted to find out.

Our 2020 Genesis G70 had two separate screens: a seven-inch LCD multi-information display, and the eight-inch audio display. The latter is Bluetooth compatible and supports Apple CarPlay and Android Auto. There are three USB ports (two front, one rear) and a Lexicon 15-speaker audio system with Quantum Logic Surround and Clari-Fi technology.

Considering our press vehicle had a six-speed manual, our eyes went there immediately! After the initial excitement of the transmission, we looked around to find a cozy, yet sporty interior. Our G70 press vehicle was adorned with Nappa leather seats, leather door panels with aluminum handles, metal speaker grilles, and plenty of soft-touch materials.

Genesis offers five different colors for the interior: Obsidian Black, Sandstorm Gray, Velvet Burgundy, Tobacco Brown, and Vanilla Beige. Sports Gray and Sports Red are available for the G70 Sport and 2.0T trim levels. Our press vehicle had an Obsidian Black interior and it was sharp.

The eight-inch touchscreen is responsive and colorful but appears on loan from Hyundai models lower down the food chain. While this isn’t a bad thing per se, automakers like Audi and Mercedes-Benz offer higher levels of functionality with their MMI touch response and MBUX systems respectively. Given how stylish our G70 was, the connectivity system didn’t seem to match the rest of the interior. The screen feels jammed atop the dash as if it were a bit of an afterthought.

What I really enjoyed was all the different settings for the driver’s seat, from the lumbar and leg support to the extra side bolstering. You can adjust the bolstering in the G70 so it literally wraps you in Nappa leather. Flip on the heated seats and you won’t want to stop driving, especially with that six-speed manual right there. The interior of the G70 is such that it’s comfortable like this, but the manual transmission lets you know there are sports car undertones.

The Lexicon stereo is nice, but you won’t spend much time with the radio on. Since our press vehicle had a six-speed manual and a twin-tip sport exhaust, that was the soundtrack we preferred for our week-long drive. The sport exhaust isn’t shy either. Through every gear change and every tap of the throttle, you can hear it growl. It’s pretty cool.

Under the hood of our press vehicle was a Theta-II, 2.0-liter turbo GDI engine with 255 horsepower and 260 lb-ft. of torque. The plant benefits from a smaller turbine wheel, motor-driven intake variable valve timing system, and a two-stage relief oil pump. The manual transmission is only available in the Sport trim. Thus, it’s only available with this engine and with rear-wheel drive.

Optional for the G70 is the Lambda II 3.3-liter V6 turbo GDI engine. This monster creates 365 horsepower and 376 lb-ft. of torque. Here the manual transmission is swapped for an eight-speed automatic.

Does The Genesis G70 Have All-Wheel Drive?

All-wheel drive is available on the 2020 Genesis G70 for both engines.

How Does The G70 With a Manual Drive?

The six-speed manual will send the G70 forward in a hurry if you are a proficient and skilled driver. First and second are blips on the radar, with five and six serving as overdrive gears for longer stretches of road. Downshifting is also easy, especially when slowing down to make a turn. Suffice it to say, it’s easy to become addicted to a manual transmission in a car like the G70.

While cursing on M-10 through Detroit, we didn’t downshift once to pass slower traffic. You can give it a little gas in sixth gear and the G70 will get right up and move. There is an area on M-10 as it merges with I-696 and the speed limit changes. Traffic picks up but we didn’t need to downshift to keep the pace. There is plenty of “room” to move in sixth gear when you need.

Drivers who are just learning, or who haven’t driven a manual in some time, will find the G70 is quite forgiving. It’s hard to stall it and if you ride a gear for too long, a green indicator light lets you know it’s time to shift.

In terms of the architecture, everything is connected and engaged. All G70 models ride on a MacPherson multi-link front and multi-link rear suspension with a performance-oriented geometry. Our press vehicle also had a limited-slip differential, Michelin Pilot Sport 4 tires, and Brembo brakes with four-piston front and two-piston rear calibers. Add in the manual transmission, and drivers will feel a remarkably balanced car that is agile and nimble.

We hit Pontiac Trail, up by West Bloomfield Township near Upper Straits Lake. The road has a number of inclines and tighter turns, which our G70 took in stride. The suspension and tires keep the car planted, while the manual transmission allows you to really dial in. When wheel slip is detected while exiting a corner, the limited-slip differential automatically distributes torque accordingly across the rear axle.

Danielle and I later pulled off into a quiet neighborhood to look at houses. As we came over a hill at one point, a young mother and her two kids were crossing the street. I hit the clutch and brake pedals just as fast as I could, and the Brembo system proved worth its weight in gold. We stopped instantly! As we resumed and crawled past they waved to us, with one of the little kids yelling “cool car dude!”

Should You Buy a Genesis G70?

Buyers who want something luxurious and sporty, but a little different than what is currently on the market, should take a Genesis 70 for a test drive. While the automatic is more convenient and fuel efficient, we would probably get a wild hair and equip our Genesis G70 with a manual. Either way, the 2020 Genesis G70 is a solid car and the recent string of accolades behind it are well-deserved. 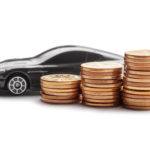