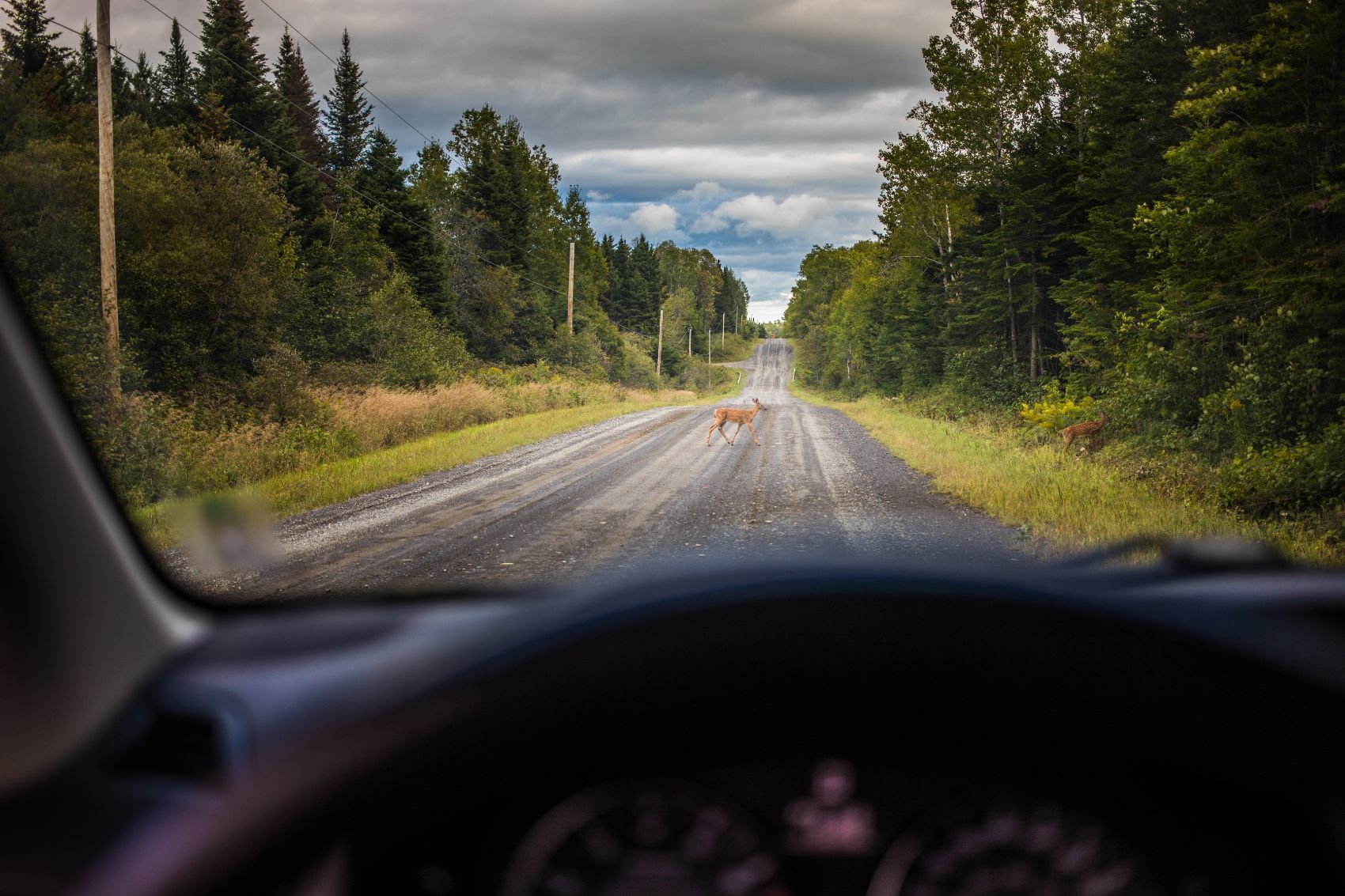 How To Avoid Hitting a Deer: Best Practices & Essential Tips 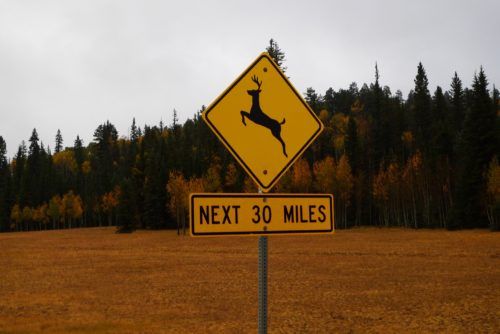 How to avoid hitting a deer
This comprehensive guide will help. The key is understanding how deer behave, knowing when they are most active, and what to do when you see them.

This may come as a surprise, but there were about 50,000 incidents in Michigan last year alone where a vehicle collided with a deer. But our home state is still behind West Virginia, Montana, Pennsylvania, and South Dakota in State Farm’s annual study on how likely drivers are to hit wildlife. According to the study, U.S. drivers have a one in 116 chance of colliding with wildlife.

As you plan your next trip, it’s important to prepare beforehand and have a plan in case you encounter wildlife, especially deer. This comprehensive guide will show you how to avoid hitting a deer.

It’s important to remember how little time we have to react when driving. Even if you have immaculate reflexes, it takes tens of feet before you can effectively slow your vehicle or alter course. Deer are generally hard to see and move suddenly, which makes for a dangerous, potentially unavoidable combination. So, how to avoid hitting a deer on the road? It starts by understanding the threats they pose, when they’re active, and how to drive in a way that makes you as safe as possible.

The problem with deer is that they’re active at hours that make it extremely difficult to see them. A Michigan State Police Department spokesperson noted that 80 percent of deer-related crashes happen between dusk and dawn, and on two-lane roads. They’re most active at times when light is at a premium, and on roads where they’re coming from trees and foliage. This makes it difficult to see them in time to avoid a crash.

On top of that, people generally relax when they’re on two-lane roads. Whether it’s due to a perceived lack of police attention or just being away from traffic, people just seem to become more lax, especially with their adherence to speed limits.

That makes for a potentially damaging combination.

Another threat with deer is their unpredictable nature. Even seeing one well ahead of time doesn’t guarantee you’ll be able to avoid them. Deer generally travel together, and seeing one isn’t the same as seeing them all. In terms of how we drive, a comprehensive survey from Esurance finds that we are too overconfident behind the wheel. With deer being unpredictable and us often overstating our skills, it puts the odds against us on two-lane and back country roads.

How To Avoid Hitting a Deer: Always Be Aware

Be on your guard: Unfortunately, avoiding deer isn’t as easy as just steering around them; they move quickly enough that swerving doesn’t always work. Put down the phone, the food, and pause any detailed conversations you might be having. It can be difficult to retrain yourself to be at your most alert on roads less traveled, but it’s your best bet to reduce your risk of crashing into wildlife.

Know where deer live: If you’re wondering where deer live, the answer is relatively simple: everywhere. They’re pretty much found all throughout the continental United States. If you’re living in, or driving through, an area with trees and uncultivated land, you can safely assume deer are nearby.

Keep your eyes peeled: Being fully alert can go a long way in preventing an accident. Always watch for signs that mark the areas most heavily-populated with deer. When you are driving between dawn and dusk, you can scan the edges of the road for any reflections that seem too small to be car or house lights. Animals have a special membrane over their eyes that makes them glow in the dark.

If you see one, there is probably more: Deer are herd animals and frequently travel in single file. If you see one cross the road, chances are there are more waiting. To avoid hitting one, it is better to stop and wait to allow the deer to pass by. Don’t “drive around” the deer either. Wait until they cross or run the other way.

How To Avoid Hitting a Deer: Best Practices

Don’t rely on gimmicks: Some people recommend flashing your high beams or honking the horn to scare deer into getting out of the way. While deer can be easily frightened, these methods are not a guarantee and can either make them freeze in place or panic. Using these tactics can even have the opposite effect, causing them to run out in front of your car instead.

Your best bet is to stay calm, avoid making noise or changing directions, and try to prepare for any sudden movements that the deer might make. When in doubt, simply slow down and wait for them to disappear.

Keep steady: Swerving does more to put you and your passengers in danger than anything else. A U.S. Department of Transportation study found there were no human injuries in over 95 percent of wildlife vehicle crashes. While you may be understandably rattled, the findings show the biggest threat to your physical health in these situations is panicking and swerving out of control.

Slow down: Above all else, keep your speed to a minimum. When you are driving in places that have a large deer population, you cannot respond if you are going too fast. You can see everything more clearly when you are driving slowly, and it is easier to avoid deer if you are moving at or slightly below the speed limit. Also, if you do happen to hit a deer, the impact of the collision will be worse if you are going faster.

You Just Hit a Deer: What Should You Do?

The tips above will minimize your chances of hitting a deer, but the unfortunate truth is that there’s no way to eliminate the risk entirely. Generally, crashing into a deer won’t do enough damage to render your car completely motionless on the spot. The best thing is to slowly pull off to the side of the road, turn on your flashers, and notify the police.

In the case that you only graze the animal and both you and your vehicle sustain minimal damage, you still need to alert the authorities. In fact, it is illegal here in Michigan to not report these sorts of accidents. Even if your car seems fine, pull over, report the accident, and talk to the police before continuing on.

The Deer Is NOT Your Responsibility!

This is something many might feel conflicted about, but it’s important to understand that caring for the deer is not your responsibility. Depending on the speed with which you hit the animal, the deer may run off or need medical attention. Regardless of that outcome, the responsibility of caring for the animal falls to the authorities.

For those who have an interest in collecting the deer, however, keep in mind you need to acquire a permit. If you hit the deer, do not report the accident, and take it for processing, you are violating state law.

If you do end up in a crash with wildlife, the bill can be fairly costly. While the severity of these sorts of crashes vary drastically, the U.S. Department of Transportation estimates the average cost at $1,840. There is also the potential of medical costs and towing if the vehicle is a total loss. For the local government, they generally foot the bill in terms of cleaning up the road and treating the animal.

With that said, colliding with a deer can damage pretty much anything on your vehicle – from the chassis to the engine, to something as superficial as denting the mirror. No matter what the severity of the crash seems to be, you should consult with an auto body specialist as soon as possible.

While vehicle-deer crashes do happen all year long, they are more likely to happen during the spring and fall. Signs are often placed in areas known for deer crossings, so be on the lookout for those. And be aware of your surroundings when you are traveling through wooded areas.

Hitting an animal might be unexpected, and you might be a little shaken up. But as long as you pull off the road and call the police for help, they can guide you through the entire ordeal without too much trouble.

Dominic LoBianco is a contributing author on behalf of Caliber Collision, the nation’s largest automotive repair company. Dominic covers a wide array of themes and topics ranging from safe driving tips to revamping your morning commute. 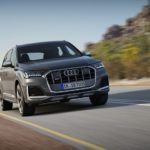 Previous
2020 Audi SQ7: A Detailed Look Inside This Fast Seven-Seater! 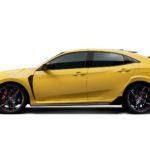 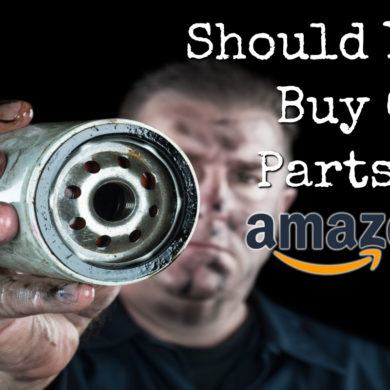 Should You Buy Car Parts on Amazon? We Did The Research to Find Out