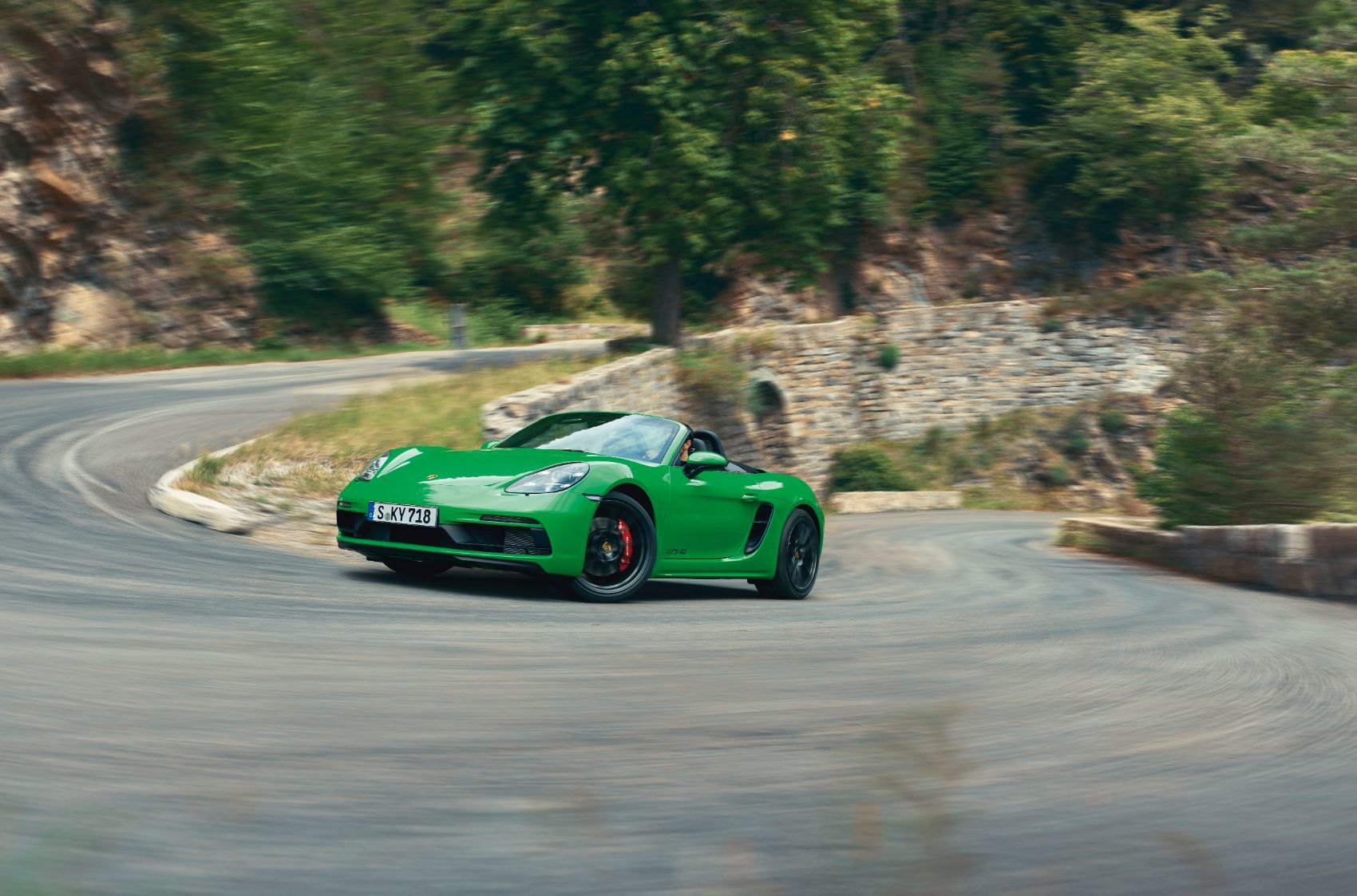 Four liters is big for this size of a car. As you can well imagine, we here at Automoblog are big fans of big engines. Usually we’re very much in favor of “the biggest engine you can cram into the car” school of engineering. Obviously, if you’re not smart enough about this, you can end up with disastrous handling and a number of other maladies; but, c’mon, we’re talking about Porsche here. And if anybody has the engineering chops to handle this, they probably live in Stuttgart.

What Did Porsche Do Here?

Porsche added the two new models to its lineup, officially dubbed the 718 Cayman GTS 4.0 and the 718 Boxster GTS 4.0. Both are motivated by a sweet naturally-aspirated, four-liter six-cylinder boxer engine, cranking out 394 horsepower and 309 lb-ft. of torque. The engine, connected to a six-speed manual, is similar to the 414-horsepower version used in the 718 Spyder and 718 Cayman GT4.

The 4.0s have adaptive cylinder control, alternately switching off one of the two cylinder banks during low engine demands. The big blocks (such as they are) also have direct fuel injection with piezo injectors and a variable intake system to enhance efficiency. Porsche’s Active Drivetrain Mounts and torque vectoring capability with a mechanical limited-slip differential are also standard on the 718 GTS 4.0 models.

Power & Performance: What The Numbers Say

Currently, the Porsche 718 Boxster GTS and the 718 Cayman GTS with the PDK transmission weigh 3,098 lbs. (they are a hair lighter with a manual). While we don’t know how the new 4.0 plant will impact overall curb weight, we do know it has a redline of 7,800 versus the 7,500 limit of the turbo flat-four in the standard 718 Boxster and Cayman GTS.

Still, you don’t need to be Stephen Hawking to run the numbers. Check out these figures: zero to 60 mph in 4.3 seconds, and a top speed of 182 mph! While that’s only a marginal increase over the traditional Porsche 718 Boxster and Cayman GTS, we’ll take it.

RELATED
Tesla Cybertruck: The Future of Trucks? We're Not Sure But We Like It

Both cars already benefit from exceptionally agile handling and more precise steering thanks to the mid-engine layout (sorry Porsche purists, but it’s just better than a rear-engine car). Handling, control, and cornering is further enhanced by Porsche’s Active Suspension Management, standard on both 4.0 cars. As a result, ride height is 0.78 inches lower (20 millimeters) than the “normal” Porsche 718 Boxster and Cayman GTS.

The 718 GTS 4.0 rides on 20-inch, light-alloy satin black wheels and high-performance summer tires; clocking in at 235/35 ZR 20 (front) and 265/35 ZR 20 (rear). The brake system was upped, with the cross-drilled, cast-iron front rotors now measuring 13.8 inches and clamped by red, six-piston calipers. The rear rotors increase to 13 inches. If you want even more, Porsche’s Ceramic Composite Brakes are available.

Like other GTS models, the 718 GTS 4.0s are visually set off with lots of black: the spoiler lip, air intake, front fascia, and the redesigned lower rear fascia are black. The front running light lenses and taillights are tinted as well. You’ll also notice the twin tailpipes with a saddle-type design to contrast the black rear lower fascia.

The interior has black Alcantara as the material of choice. It’s found on the center sections of the sport seats and steering wheel rim; center console and gear lever; door armrests and A-pillars; and the roof lining (of the hardtop). There’s an optional GTS Interior Package that sees the tachometer, seat belts, and all decorative stitching – including the embroidered GTS emblem on the headrests and Porsche lettering on the floor mats – done up in either Carmine Red or Chalk.

Both cars come standard with the Porsche Communication Management (PCM) system and the Sport Chrono package, including the enhanced Track Precision App. It’s a smartphone app showing performance-related data on the PCM display and records it for later analysis. The navigation system has real-time traffic information, voice control and, as an available option, Bose and Burmester surround sound stereos for good measure.

The 718 Cayman GTS 4.0 and 718 Boxster GTS 4.0 will be available to order by this summer. Porsche says complete pricing and the scheduled arrival date will be announced closer to that time.

On This Page
What Did Porsche Do Here?
Power & Performance: What The Numbers Say
Ride & Handling: Keep It Low, Keep It Stylish
Back In Black
Track Connectivity & Premium Audio
Pricing & Availability 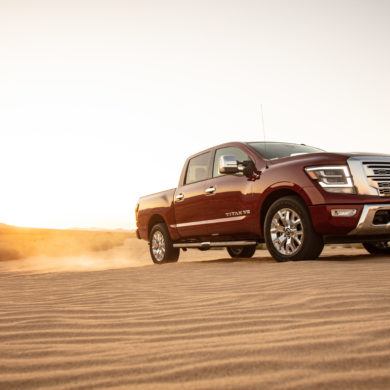