We had a feeling (or a lingering hope maybe?) it was going to come eventually. And it did. The first mid-engine Chevy Corvette is finally here. With its LT2 engine, it’s the most powerful entry-level Corvette in history; and now that we can officially drop the top, it will arguably be the coolest. A convertible variant for the 2020 Stingray is welcome news for those who like the wind in their hair.

In fact, the 2020 Corvette Stingray was envisioned and engineered as a convertible from the get-go.

Larry Edsall’s book, Corvette Stingray: The Seventh Generation of America’s Sports Car, opens with the different people and events that may have propelled then GM Design Chief Harley Earl to create the now iconic Vette. A prominent theory is that Earl, in a one-off Buick LeSabre concept convertible, lead the parade prior to a race at Watkins Glen in September of 1951. Edsall later writes that racer Briggs Cunningham teased Earl, saying his Buick was fit for a parade but nothing else.

In other words, Earl’s car was all show and no go.

“Our goal from the beginning was to make sure customers didn’t have to sacrifice any functionality, performance or comfort when choosing the hardtop convertible,” explained Josh Holder, Corvette Program Engineering Manager. “We managed to keep the same design theme as the coupe, as well as the exceptional storage capacity and track capability.”

The 2020 Corvette Stingray takes its inspiration from fighter jets, fitting since the name Corvette derives from a ship used by the Allies during World War II. Regarding the Stingray convertible specifically, the tonneau cover has special nacelles. A nacelle is a “housing” that encloses the engine on an aircraft. In layman’s terms: that big circular thing attached to the wing. The Stingray Convertible employs these nacelles to reduce cabin wind noise. Furthermore, the Stingray’s tonneau also provides a rear, power-adjustable window and a vent for engine cooling.

Astute Corvette fans may recognize a similar nacelle design on the Chevrolet Engineering Research Vehicle (CERV) I and II, along with the Corvette SS and SR2 concepts.

The hardtop stows into the body without cutting into the trunk, which holds two sets of golf clubs. Convertible Stingrays retain the coupe’s front storage compartment, which fits an airline-spec carry-on and laptop bag. Chevy opted for a hardtop versus a softtop, saying it provides a quieter cabin, increased security, and a cleaner look. The two-piece top works up to 30 mph and retracts in about 16 seconds.

The 2020 Chevy Corvette Stingray gets its juice from a 6.2-liter Small Block LT2 V8 engine. Complete with an eight-speed dual-clutch automatic and a performance exhaust, the new Stingray generates 495 horsepower and 470 lb-ft. of torque. To accommodate the power increase, the engine’s oil cooler capacity jumps by 25 percent versus the prior generation Stingray. The 6.2 has an engine-mounted dry sump oil system, plus three scavenge pumps – a first for any Corvette. The dry sump system can, according to Chevrolet, handle lateral acceleration levels exceeding 1G in all directions.

“We’ve packed a lot of performance into the Corvette Stingray at this price when you consider an eight-speed dual clutch transmission, Small Block V8, and engine-mounted dry sump oil system are all standard,” said Tadge Juechter, Corvette Executive Chief Engineer.

The 1LT starts at $59,995 with the 2LT following at $67,295. The top-tier 3LT starts at $71,945. “And the convertible will be priced only $7,500 more than an entry 1LT Stingray coupe,” revealed Brian Sweeney, Chevrolet U.S. Vice President. A body-color roof is standard, while Carbon Flash metallic nacelles and roof are optional. Either way, add $1,095 for the destination.

The Corvette Stingray coupe will enter production at GM’s Bowling Green Assembly yet this year. Convertible production fires up in the first quarter of 2020. Right-hand drive convertibles will be available in select international markets at a later date. In the meantime, prospective buyers can build and price their own Corvette through Chevy’s website or their local dealer.

Carl Anthony studies mechanical engineering at Wayne State University, serves on the Board of Directors for the Ally Jolie Baldwin Foundation, and is a member of the Midwest Automotive Media Association and the Society of Automotive Historians. Before going back to school, he simultaneously held product development and experiential marketing roles in the automotive industry. Carl is also a loyal Detroit Lions fan. 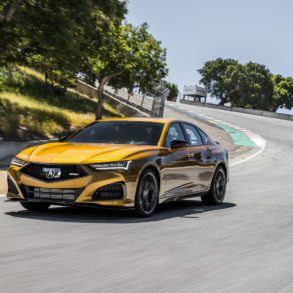