For many manufacturers, a single car put them on the map. Bugatti had the Type 35; Porsche with the 365; Ford had the Model T. For Bentley, it was their 1929, supercharged 4½-liter “Blower” that Tim Birkin and The Bentley Boys drove to victory during the 24 Hours of Le Mans in 1930. That literally made the marque. To say Blower Bentleys are rare and desirable is sort of like saying Monica Bellucci is reasonably attractive. Even if you had the money, getting a Bentley Blower is very hard.

Bentley is preparing a new build of 12 supercharged 4½-liter Blowers just like Sir Birkin drove with such gusto. Each car is handcrafted by a team of specialists from Bentley’s bespoke and coachwork division, Mulliner. There have been, of course, other famous continuations series. Shelby made a bunch of Cobras before he kicked the bucket and Jag built up the remaining few frames they had for continuations of the E Type Lightweights, but these Blowers are the first time anyone has done a continuation series of a car before World War II.

The 12 continuations are identical wherever possible to the original – mechanically, aesthetically, and spiritually says Bentley – with only minimal changes in accordance with modern safety protocols.

Bentley will use a combination of hand-craftsmanship and the latest digital and manufacturing technology, with the 1929 Team Blower serving as the template for the continuation series. The original, chassis number HB 3403, will first be disassembled down to its individual components. Each part is cataloged and then 3D scanned to create a complete digital model for the entire car. Using the original 1920s molds and tooling jigs, plus an array of traditional hand tools, 12 sets of parts will be created. These parts will then be handed over to Bentley’s skilled heritage technicians who assemble the new Blowers.

The original car will then be reassembled. (What, you thought they were just going to junk it!?). This gives the heritage team the opportunity to complete a detailed inspection and mechanical restoration where warranted. Turns out, even though the original Blower is both very precious and very old (90 years), it is still used regularly. You know, the things you and I would do if it was our car: The Mille Miglia Storica, daily hill runs at the Goodwood Festival of Speed, a recent tour up the California coastline including a parade at Laguna Seca; all culminating at the 2019 Pebble Beach Concours d’Elegance. You know, gearhead stuff.

As continuations of the original, each of the new Team Blowers will feature a four-cylinder, 16-valve engine. The mill includes an aluminum crankcase with cast iron cylinder liners, and a non-detachable cast-iron cylinder head. The supercharger is an exact replica of the Amherst Villiers Mk IV Roots-type unit, helping the 4,398 cc engine put out 240 bhp. Yes, it will be hanging off the nose of the beast, out there in the breeze for all to see.

The pressed-steel structure will be just like it was nearly a century ago, with a half-elliptic leaf spring suspension sporting copies of Bentley & Draper dampers (shocks, to us Yankees). Stopping, always a Bentley strong suit, will be accomplished with recreations of the original Bentley-Perrot 40-centimeter mechanical drum brakes. That works out to 17.75-inch diameter drums, or about the size of a large casserole dish. Gee, no wonder these things could stop on a pound note. Steering is done via a worm and sector setup (recirculating ball for us Yanks).

And no, they won’t be cranking these things off the line like so many Coke cans. Bentley anticipates it will take Mulliner around two years to complete the entire 12-car series or around two months per 4½-liter Blower.

How much, you ask? Well, I will overlook your rudeness to quote directly from Bentley: “Prices will be on application.” In other words, it will cost you a great big pile of money . . . and most likely a slew of very strong connections to the factory to even get them to look at your application and credentials. 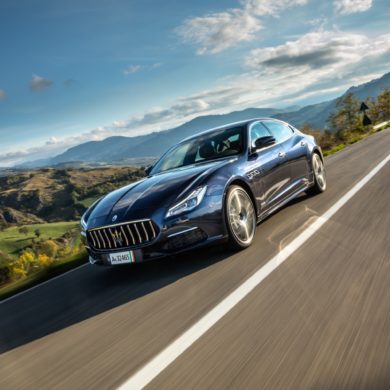