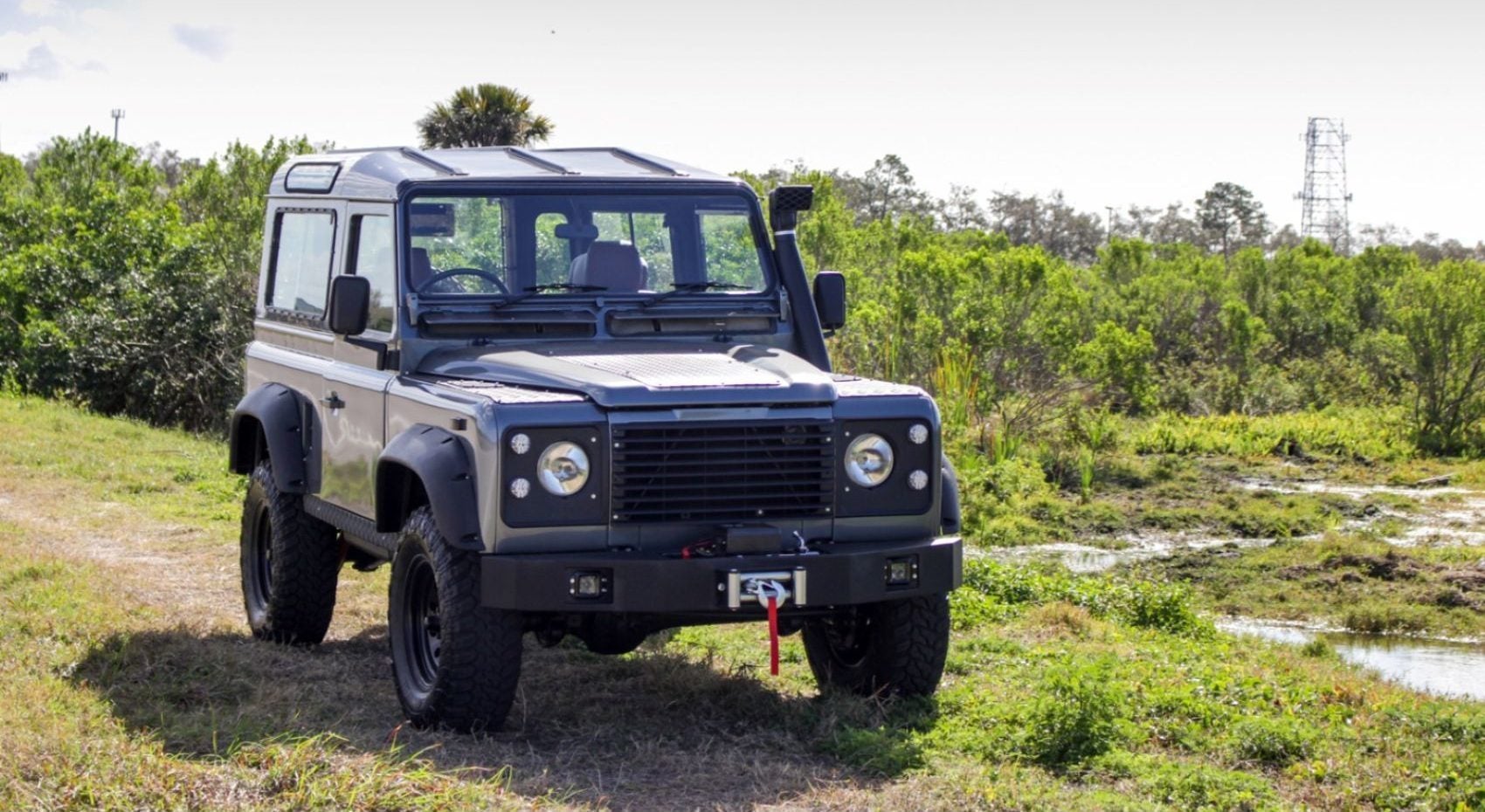 They are one of the most sought-after vehicles today and getting your hands on one isn’t easy. Although a new version is coming for 2020, collectors and enthusiasts still search the globe for what they consider to be the ultimate off-road vehicle: the Land Rover Defender. In 1993, Land Rover introduced the Defender 110 to North America, a rugged 4×4 with a 3.9-liter V8 and a five-speed manual. Although safety regulations in the United States meant the American versions were modified substantially, they still made an impression.

Designer and famous car collector Ralph Lauren bought one at the time. While every model then was white, Lauren used his clout to have Land Rover paint his black.

2018: Land Rover unveils a limited-edition, high-performance version of the Defender to celebrate the marque’s 70th anniversary. It’s the most powerful Defender in history with its 5.0-liter, naturally-aspirated V8.

Land Rover Defender: A Final Run In The U.S.

The Land Rover Defender saw its last production run in the U.S in 1997. Having failed the U.S. Department of Transportation’s safety regulations for 1998, the Defender was no longer viable and profitable for Land Rover in North America. However short their time in the U.S., the classic Defender is anything but forgotten. Demand for older Defenders has grown to an all-time high today, with companies like AutoShippers continually seeing an uptick in Land Rover Defender shipments.

Autoshippers is a UK-based shipping company in Avonmouth, Bristol.

With the Land Rover Defender only being around for four years in the U.S., collectors and enthusiasts have set their eyes on the UK. If you’re looking for a classic Defender in the UK, there are a few things to consider beforehand. The Defender must meet certain requirements, and you need to have some important and specific documents in order. Read on to see what you need to take into account before you ship your Land Rover Defender home.

While the Defender 110 and 90 are highly-prized in the U.S., any Defender over 25 years old is worth its weight in gold. At 25 years on, those models are exempt from U.S. DOT regulations but also considered a classic. Autoshippers says many of their American customers, once they locate a classic Defender, have it transported back to the U.S. On arrival, they refurbish and restore it at their specialty shop, often selling them for a healthy profit to another buyer. The trend has continued to a point where older Defenders are now among Autoshipper’s most popular exports to North America.

Walton Motors, one of the UK’s largest independent Land Rover Defender dealerships, says the allure for American buyers is remarkably simple. The unique style and off-road capabilities of the original Defender 110 and 90 are more than enough to entice American buyers. Even though the 2020 Defender is on the horizon, Walton Motors believes the higher MSRP for the new model will only encourage those with enough money and patience to continue looking for a classic one instead.

Matthew Perlman, Founder of West Coast Defender, tells Bloomberg that Land Rover did not realize how “iconic and cultish” the Defender was going to become. Pearlman and his company search the globe for older Defenders to refurbish, buying every one they can find regardless of if they have a customer waiting. According to Pearlman, if an older Land Rover Defender goes up for sale, a potential buyer only has 24 hours to make a decision.

Buying A Classic Land Rover Defender: What To Consider

What do you need to consider within that 24-hour window? Potential Defender buyers should follow what Autoshippers calls the Three Golden Rules:

Walton Motors says it’s absolutely essential the Defender in question has the original engine and chassis. Potential buyers can only import original “classic” Defenders, which can then be restored and modified once on U.S. soil. According to Walton Motors, the 200tdi or 300tdi are the most reliable engines available for U.S. export.

Shipping Your Defender: What To Consider

Once a U.S. buyer locates a classic Defender that meets the above criteria, Autoshippers collects the vehicle directly from the seller anywhere in the UK. From there, Autoshippers helps the buyer understand the regulations, while preparing the vehicle and arranging the paperwork. And there is one very important document to consider.

American buyers need a copy of the UK V5 title document from the previous owner before shipping. The normal process in the UK is for the seller to send the V5 back to the DVLA where it changes to the new owner’s name. Autoshippers says the copy of the document can be scanned or photographed with a mobile phone. Either way, it’s something American buyers cannot overlook.

The AutoShippers Land Rover regulations guide provides more insight, including the risks that come with not following the Golden Rules above. Those looking to ship something other than a Land Rover are encouraged to read through this comprehensive guide.

Good luck and happy hunting for your dream Defender! 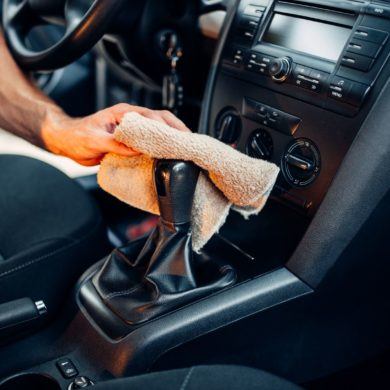