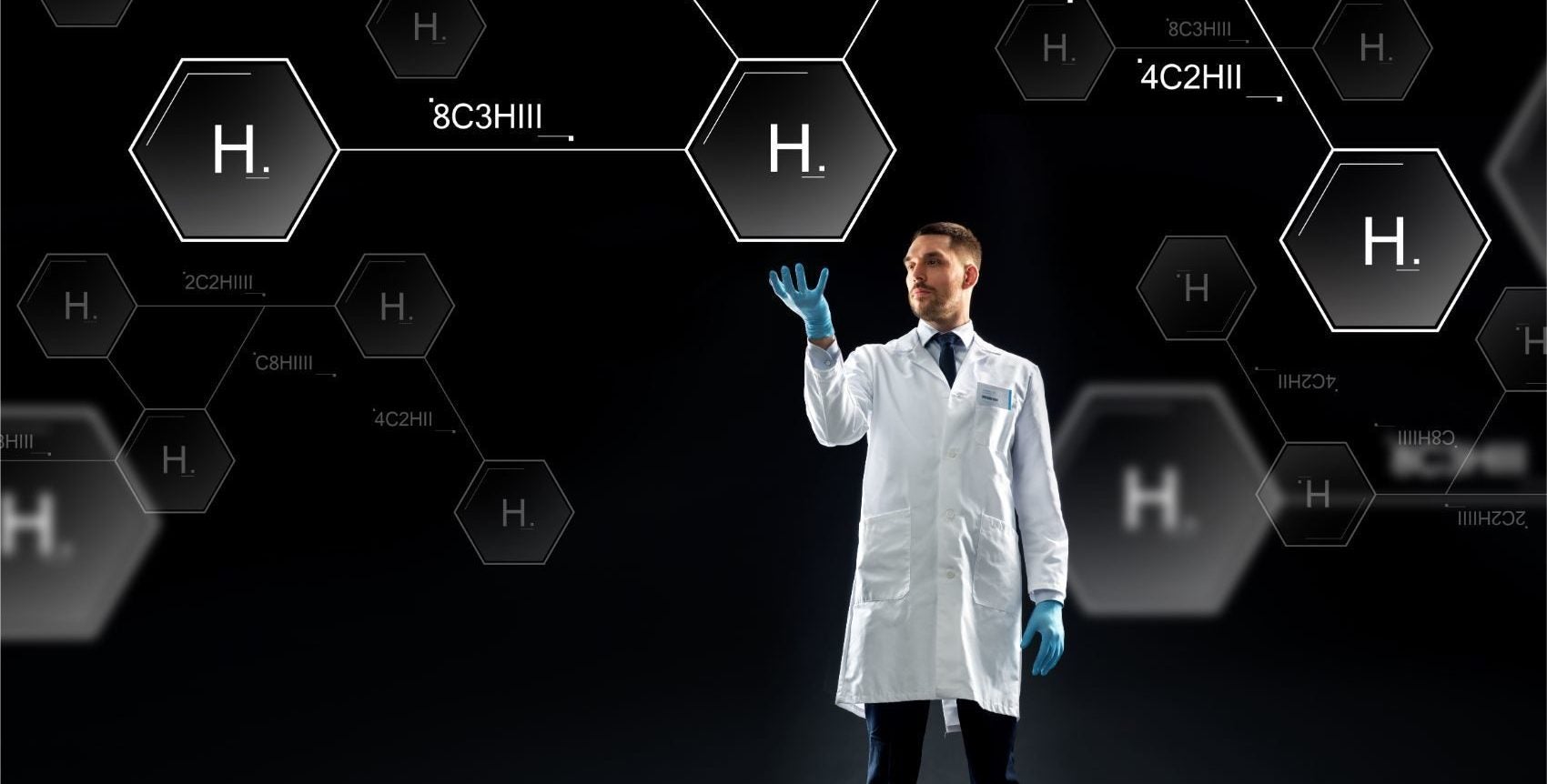 Electric vehicle doyen Elon Musk once dismissed fuel cells as “fool cells.” While many of us are still coming to grips with electric cars, some experts think hydrogen is the next big fuel. These cars are often described as hydrogen fuel cell vehicles, meaning they use a fuel cell as opposed to a battery. In fact, EVs may just be the transition from fossil fuel to fuel cell electric vehicles (FCEVs) powered with hydrogen.

As Gregory Guillaume, Kia’s Vice President of Design, said: “My personal opinion, battery-powered electric vehicles can only be a transition (to) hydrogen.” Let’s look at the pros and cons of each:

FCEVs: FCEVs convert hydrogen – or other fuel – to electricity. This is the difference between EVs and hydrogen cars. Fueling a hydrogen car is just like buying regular gasoline and takes only 3 to 5 minutes. For a time-starved population, it makes more sense practically.

EVs: You charge EVs directly with electricity. It takes an hour, at least, to fully charge an EV and from 14.5 to 48 hours using a standard household outlet. Although the infrastructure is growing, not everyone lives in a location where public charging stations are available. To be fair, most people driving EVs are commuting and will often have the option of an EV charging station at or near work, so their car could easily be charged by the time they need it again.

Additionally, the way that EV charging stations work means that the first 70-80% of the battery is charged fairly quickly – about 20-30 minutes – then charging slows down. So realistically, charging most of your EV’s battery won’t take much longer than the time it takes to grab a coffee.

Getting back to hydrogen, there are 41 public hydrogen refueling stations in California with the goal of 200 stations by 2025. In 2018, 25 FCEV buses were operating in California, versus only seven in other states. There is one public hydrogen refueling station each in Connecticut, Hawaii, Massachusetts, Michigan, and South Carolina. Another 27 are in development in those states, along with New York and Rhode Island.

In Europe, there are around 152 Hydrogen Refueling Stations in operation as of early 2019, with many more being built or planned. The fastest increase of Hydrogen Refueling Stations (HRS) being built is in Germany. In Australia, there are no hydrogen stations available. Toyota and Hyundai are the main contenders, but Mercedes-Benz and China’s Grove are also pursuing hydrogen fuel cell vehicles.

FCEVs: With the exception of a few models (Tesla Motors in particular,) hydrogen cars typically have double the range of most battery-powered EVs. Even if individual owners don’t buy hydrogen, companies with fleets of trucks, buses, and delivery vans will be able to save time and money.

EVs: Most people buying EVs still grapple with range anxiety. The more affordable models travel roughly 140 to 190 miles on one charge. While this is enough for city driving and most work commutes, it can make some nervous, especially those in rural or suburban areas. In these instances, a hydrogen fuel cell vehicle might be more reassuring.

FCEVs: Obviously, hydrogen fuel cell electric vehicles (HFCEV) need hydrogen to produce the electricity needed to make your car go. And even though hydrogen is the most abundant element in the universe, our planet is short on a readily-available form of hydrogen. Most of the hydrogen on Earth is stored as water, hydrocarbons (methane, propane, butane, etc.), and other organic matter. The biggest challenge of hydrogen becoming the next big thing as an energy source is how to efficiently extract hydrogen from various sources without polluting the planet. As it turns out, a large majority of hydrogen fuel in the United States is extracted using a process called steam reforming or gasification, which is the cheapest, most efficient, and common way to produce hydrogen – although it’s not exactly the cleanest way to do so. Meanwhile, hydrogen can also be extracted using electrolysis, which uses electricity to separate the hydrogen atoms in water. Again, the electricity required for this process is generated by – you guessed it – burning fossil fuels.

EVs: According to the U.S. Energy Information Administration, roughly 60-percent of electricity generated in 2018 – which amounts to 4,171 billion kWh or 4.17 trillion kWh – came from fossil fuels such as coal, natural gas, petroleum, and other gasses. On the other hand, around 19.4-percent of electricity is generated by nuclear powerplants while only 17-percent comes from renewable energy sources such as hydropower, wind, and biomass. So although there are some pros and cons to EVs’ environmental impact, we need to take a closer look at which type of vehicle is better in the long run.

Even though both electric cars and hydrogen fuel cells produce zero emissions at the tailpipe, the same can’t be said for the ‘fuel’ powering both EVs and FCEVs. As technology ventures deeper into renewable and sustainable energy resources, the only way for EVs and FCEVs to be truly ‘green’ is to find a better and cleaner way of extracting both electricity and hydrogen without burning so much fossil fuel.

Make It & Transport It

EVs: EVs in the U.S. run on electricity made with fossil fuels. Owners charge EVs directly with electricity and, because they use an existing grid, there is no need to transport electricity.

FCEVs: In the U.S., for example, hydrogen is also created from fossil fuels. This is not the only way to do it. It is possible to create renewable hydrogen in several ways: from solar or wind electrolysis of water, from water vapor in the air, from crop waste, or biogas from landfills or wastewater treatment plants.

The next challenge is transporting hydrogen to service stations. It could be transported in a diesel truck to a service station, where the owner fills up and hydrogen is converted back to electricity again. But this makes little sense.

CSIRO in Australia developed a metal membrane that extracts hydrogen from liquid ammonia. This is a lot easier and cheaper to carry around as well as avoiding coal power. Each service station would then carry a liquid ammonia tank, membrane, and hydrogen refueling pump. But this is just one idea.

EVs: Buying an EV is beyond the means of many Americans but still (currently) cheaper than an FCEV. An Audi E-Tron costs $75,000; the Hyundai Kona Electric and Tesla Model 3 both cost between $35,000 and $40,000; and the Nissan Leaf about $32,000. The latter vehicles are examples of the market trying to make EVs more affordable and accessible. There still isn’t a vigorous market in secondhand EVs.

Most Australians can’t afford an EV either. The average EV costs over A$60,000 but you can buy them for less. A Nissan Leaf starts from A$49,000, and the Hyundai Ioniq Electric starts at A$46,000 before on-road costs.

FCEVs: If you live in the U.S., there are only four FCEVs for sale or lease. However, each have a range of 312 to 380 miles. They are all 2019 models and have a starting price of around $59,000: Honda Clarity, Hyundai Nexo, Hyundai Nexo Blue, and Toyota Mirai. Hyundai is a big investor in hydrogen. If Hyundai is right, hydrogen fuel cell vehicles will be less money than EVs by 2030.

EVs: In Australia, it currently costs about $5.40 to travel 100 kms (62 miles) using electricity, compared to $16.65 to travel that distance using petrol. To look at it another way, this is only 30 cents compared to $1.23 per liter of fuel. So it is much less expansive than filling your car with petrol or diesel.

FCEVs: The obvious question is how much does it cost the owner of a hydrogen car to fill up? California Fuel Cell Partnership (whose motto is Farther, Quicker, Cleaner) says hydrogen costs $13.99 per kg (or $1.23 per liter of gas).

Wan Gang is the so-called father of EVs and vice chairman of China’s national advisory body for policy making. He says, “we should look into establishing a hydrogen society”.

Hydrogen cars depend on investment in the so-called hydrogen economy. The US Department of Energy has put $40 million towards [email protected], a hydrogen research program. At the moment, the US produces over 10 million metric tons of hydrogen, but this goes into refining oil and producing fertilizer.

For an idea of where the industry is going, look to where the investors are. Great Wall Motor is investing over $149 million in research and development of FCEVs. Toyota sells hydrogen cars already and has developed fuel cells for trucks, buses, and even a lunar rover. Meanwhile, the BMW i Hydrogen Next concept, shown in Frankfurt this year, is a result of its partnership with Toyota. This is a hydrogen fuel cell version of the X5 SUV and will be produced in small numbers in 2022.

So Is the EV Dead?

With so much money going into hydrogen, does that mean EVs are dead? It does not. Volkswagen said it will invest $22.5 billion in EVs and Audi plans to sell 800,000 “new energy vehicles” by 2025 with more than 20 of them electric.

Perhaps the best approach is to match the type of vehicle with the type of use. Some say battery EVs are the best approach for city buyers to replace petrol cars. But more expensive FCEVs, fueled with hydrogen, would replace diesel trucks, buses, and large SUVs because EVs have too many batteries and take too long to charge.

Remember a hydrogen vehicle is still an electric vehicle. It just works in a different way. Whatever happens, using electricity for propulsion is not going away. The EV is dead . . . long live the EV!

On This Page
Charging/Fueling
Long Range or Range Anxiety
Environmental Impact
Make It & Transport It
Go Out & Buy One – If You Can
Running Costs
The Hydrogen Economy
So Is the EV Dead? 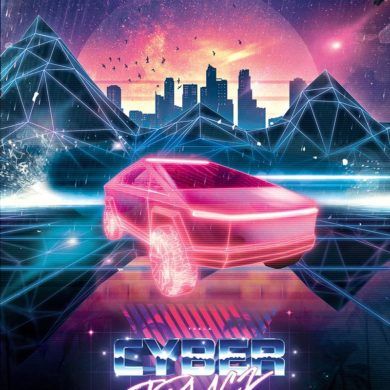