2019 Subaru STI S209: From The Nürburgring To Your Driveway

Subaru’s in-house skunkworks, Subaru Tecnica International (or STI to those in the know) remains the top of the mountain when it comes to factory-made and approved go-fast cars. Now it seems there’s something above and beyond even the mighty STI. It’s called the STI S209, and it’s the first-ever, S-line STI car produced exclusively for the U.S. market. And it will set the tone for further S-line products to come. The 2019 Subaru STI S209 is like a super-duper version of the “normal” super-duper STI version of the WRX.

The WRX, as you (should) know, is Subie’s off-the-rack rally racer. It’s fabulous as is, but it’s even more fab when STI gets done with it. So you can only imagine what the STI S209 is like.

The STI S209 gets thorough upgrades in power, handling, aerodynamics, and “driver engagement.” Engine modifications and bodywork alterations are performed ahead of time at the company’s assembly plant in Kiryu, Japan. As the name implies, there were other S cars, the 2000 S201 through the 2018 S208. Those were exclusive to the Japanese market, so this time around we’re lucky in the USA.

The S209 pulls a lot of tricks from the WRX STI Nürburgring Challenge race car, which won the SP3T class at the 2019 24 Hours of The ‘Ring. Like the race car, the S209 wears an expanded wide-body for its exterior. This bumps the vehicle’s overall width to 72.4 inches, 1.7 inches wider than a standard WRX STI. That wide-body treatment shelters the 265/35 Dunlop SP Sport Maxx GT600A summer-only tires. Those tires are wrapped around lightweight, 19 x 9-inch forged BBS alloy wheels, running on a + 0.6-inch wider front and rear track. Dunlop developed the rubber exclusively for the S209. And yeah, they do pay off: maximum lateral grip of over 1.0 g says Subaru.

There are also vents on the front fenders for additional engine cooling. The vents on the rear fenders clear up some air turbulence which reduces drag and increases downforce. Hauling it down from speed is handled by Brembo brakes with cross-drilled steel rotors, and six-piston monoblock front calipers and two-piston monoblock rear calipers. Does Fuji Heavy Industries make trains? Cause this could stop one if they did.

In addition to brakes, tires, and that wider body, the S209 rides on special Bilstein dampers; stiffer coil springs; a 20mm rear stabilizer bar; and pillow-type bushings for the front and rear lateral links. The front cross-member and rear subframes are reinforced, but compliment a flexible front-strut tower bar and front/rear draw stiffeners. The draw stiffeners – as well as the rest of the suspension – improve stability, handling, and overall steering response. For example, the flexible tower bar, unlike a conventional rigid bar, is split and joined with a pillow ball joint in the center. This allows it to be, according to Subaru, more longitudinally mobile while also helping to laterally stiffen the car’s body.

There’s also front, rear, and side under spoilers and front bumper canards. The carbon-fiber roof panel and rear wing are nicked from the Nürburgring racecar.

The 2019 Subaru STI S209 uses a high-flow intake system with a new intake duct; an induction box with a conical air filter; a silicone turbo inlet duct; and a water spray system for lowering boost temperature via the steering-wheel paddles. Since there’s more air, that means more fuel, so the S209 gets a new high-flow fuel pump, larger injectors, and an STI-specific engine control module. The high-performance mufflers deliver 17 percent less resistance and connect to the hand-polished, 101mm diameter stainless-steel exhaust tips.

How Much Power Does The Subaru STI S209 Have?

Power? Have no fear, STI is here. The S209 is propelled by a reworked version of the EJ25 2.5-liter turbo BOXER (all caps) engine. An HKS turbocharger, with a larger turbine and compressor, plus a boost pressure of 18.9 psi, gives the engine 341 horsepower. The engine itself is adorned with an S209 serial number plate and, oh yeah, torque. How does 330 lb-ft. sound? Sounds good t’me.

In the gearbox department, the S209 comes exclusively with a close-ratio, six-speed manual transmission. It routes power to the full-time Subaru Symmetrical All-Wheel Drive system with front/rear limited-slip differentials. There’s a Driver Controlled Center Differential (DCCD) with Active Torque Vectoring and Multi-Mode Vehicle Dynamics Control. The SI-Drive system is re-calibrated and offers three modes: Intelligent (I) for better fuel economy and smoother control; Sport (S) for more fun driving; and Sport Sharp (S#) for achieving the best acceleration times (and having more fun yet!). Personally, I would have labeled the last one “stupid” or “ridiculous” or something, but maybe that’s more of an Elon Musk thing?

Curiously, STI engineers say to go with Sport over Sport Sharp for circuit driving, as the less aggressive throttle map allows for greater control. So Sport for the track and Sport Sharp for the strip, got it?

To set it apart, the S209 wears an STI badge in place of the traditional Subaru star cluster on the center of the D-shape steering wheel. That wheel is wrapped in Ultrasuede and stitched in silver, as is the lid of the center console. An S209 serial number badge sits on the center console, and S209 badges ornament the passenger dash and the headrests of the Recaro seats. On the exterior, special badges are on the front grille and fenders as well as the rear decklid.

Now for the bad news: Only 209 units of the STI S209 will be built. All of them are coming stateside, but that’s not very many. The line? Go get in it now. Available colors and BBS wheel combinations are WR Blue Pearl/gray wheels and Crystal White Pearl/gold wheels. Pricing will be announced closer to the on-sale date later this year, but it will probably be very high, if there are any left at all. Sorry about that. 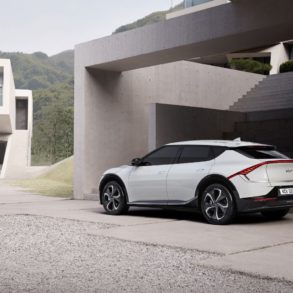