High-Mileage Haulers: Which Vehicles Are Driven The Most?

The average vehicle logs 11,987 miles each year, which amounts to 32 miles per day. Because driving habits vary widely, some vehicles accumulate far more miles than this, while others are driven significantly less. The iSeeCars.com team analyzed over 2.3 million cars to determine the most-driven vehicles on the road today. Defying conventional wisdom, we found that full-size, gas-guzzling SUVs most often push the mileage envelope. In fact, of the top 13 most-driven vehicles, behemoth full-size SUVs account for nine on the list.

Why are these large SUVs driven more miles per year than the average vehicle? Anyone who has tried to park one of these understands they aren’t the easiest to drive in the city. Yet their expansive cargo capacity, and ability to comfortably seat up to nine passengers in some cases, means these vehicles remain popular options for growing families and for fleet and livery use. It’s also important to note how our study examines the highest annual mileage over 10 years; so the list shows the vehicles most likely to withstand many years of driving. Given the cost of these SUVs new (i.e. starting MSRP of $50,800 for the 2019 Chevy Suburban), drivers have the added incentive of keeping them for as long as possible.

No analysis of family-friendly vehicles would be complete without mentioning the quintessential family hauler – the minivan. The Honda Odyssey ranks fourth while the Toyota Sienna ranks 12th. While the SUV boom has generally diverted drivers away from minivans, there are still sliding door and folding seat devotees who choose this convenient method of transportation to haul their families.

Standing out as the only midsize SUV is the sixth-ranked Honda Pilot. Competing with full-size SUVs, it offers three rows of comfortable seating and is among the most spacious in its class. It provides a nice compromise for those who don’t want a colossal SUV, but require something more rugged than a minivan.

The only hybrid car on this list is the eleventh-ranked Toyota Prius. Apart from being one of the most-driven vehicles annually, it is also one of the least expensive to maintain when factoring in depreciation, repairs, fuel costs, and insurance premiums. Given the fuel savings of the Toyota Prius, it’s an attractive option for those with long commutes. It also provides a great deal of cargo space for its class, making it a practical choice for a family vehicle.

If a gas-guzzling, full-size SUV isn’t for you, there are more practical and parallel-parking-friendly vehicles. Earning the second spot behind the Toyota Prius is the Nissan Altima, which is driven 10 percent more than the average vehicle. It joins four other sedans including the Chevrolet Malibu, Honda Accord, Toyota Camry, and Nissan Maxima. These midsize sedans appeal to drivers who seek a comfortable car for commuting or family hauling, but don’t require a large vehicle and don’t want to sink the cost into a luxury SUV.

Related: Younger generations are expressing a keen interest in sedans.

Two full-size sedans make the list: the Chevy Impala and Ford Taurus. Along with being spacious for families on the go, they are also popular for fleet and rental use. Rounding out the list are the compact Honda Civic and Volkswagen Jetta. Both offer more cargo room than most compacts, making them practical options for families who don’t need the extra seating capacity.

While some cars are proven to be road warriors, others are driven far more sparingly. Convertibles may wait inside a garage for months until the nice weather arrives, and even at that time they are not driven consistently. This list went a step further than what was in our original study to allow for discontinued and low-volume cars.

The list is comprised exclusively of exotic sports cars that are driven between 64.4 and 86 percent less than the average vehicle. The vehicle driven the least annually is the Lamborghini Murciélago, logging an average of just 1,674 miles per year. Required maintenance is incredibly expensive on such exotic cars with a simple oil change costing as much as $2,000. From the same manufacturer comes the Gallardo which ranked third. Produced as an entry-level supercar, it costs about $150,000 less than the Murciélago. Despite its more competitive price and increased reliability, the Gallardo is driven a little over 2,000 miles annually.

Alongside the Italian bull comes Ferrari’s prancing horse. The F430 ranks second, while the 612 Scaglietti ranks fourth. Although oil changes aren’t as expensive as its Italian rival, yearly maintenance is still enough for owners to not drive it as often as other vehicles.

Least-Driven Cars: Those That Chauffeur

British manufacturer Aston Martin follows through with the ultimate grand tourer, the DB9, as the fifth- and sixth-ranked least-driven cars; with both of its body styles, convertible and coupe, being present. Between the two, they average only 2,675 miles each year. These cars are highway cruisers, so it’s a surprise they are driven so sparingly. Also from the UK is the seventh-ranked Lotus Elise. As a lightweight car that finds its home on an autocross circuit or track, it makes sense it’s only driven just 2,883 miles annually.

The ultimate expression of luxury comes from Rolls Royce with its Phantom; designed to be driven around in rather than you being the driver. As a chauffeur car, any spike in mileage is not surprising as it reaches an average of 3,745 miles yearly. Alongside the Phantom is Bentley’s four-door saloon, the eighth-ranked Arnage and its counterpart the tenth-ranked Continental GT. Centered around the driver, the Continental GT makes for the perfect road trip vehicle in the luxury segment, however.

Choosing Your Next Vehicle

Whether you’re looking for a rugged family taxi or a comfortable and efficient car for a long commute; there is a vehicle on the market that can endure years of high-mileage driving to suit your needs. Or, if you have a spacious garage and want a lavish or fun vehicle for the occasional joy ride, there are lots of road kings and queens to choose from!

Julie Blackley is the Communications Manager for iSeeCars.com, an online car search engine powered by big data analytics that helps consumers find the best car deals by providing key insights and valuable resources, like the iSeeCars VIN report. When she isn’t writing about automobiles, she’s likely wrangling her two small children in or out of her own car. 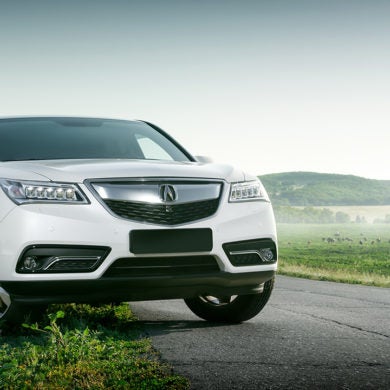