Acura’s MDX SUV, which’s the big one with three rows of seats, just arrived in dealers, so now we know if all of Acura’s promises are real or not. Ah, who am I kidding? You know this thing is going to work. It’ll haul a grand volume of people and things; it’ll always start, always run, and won’t cost that much to operate. We will spend a few minutes here running through the ins and outs of the 2020 Acura MDX.

The new Acura MDX comes in two flavors: The normal MDX and the Sport Hybrid. The gasoline MDX starts at $45,395, whereas the Sport Hybrid will run you $53,895. An A-Spec sport appearance package is available, and both models come with a vast list of standard features and tech choices. Each has a suite of AcuraWatch safety and driver-assistance technologies. AcuraWatch includes things like collision and road departure mitigation systems, Adaptive Cruise Control, and Lane Keeping Assist, among others.

The 2020 MDX comes in three packages: base, Tech, and Advance, each with Super-Handling All-Wheel Drive as an option. Super-Handling All-Wheel Drive (often written as “SH-AWD”) puts power to all four corners with a sophisticated torque-vectoring system. Who knows, it might even be fun in certain conditions. SH-AWD increases rear-wheel torque capacity 40 percent versus the prior generation. Up to 70 percent of the available torque can be distributed to the rear wheels, and up to 100 percent of that torque can be distributed to either the right-rear or left-rear wheel.

If you go for the popular A-Spec look-good package, you’ll add a bunch of appearance upgrades inside and out. Your passengers will be treated to four-way power lumbar seats, a “walk through” second-row configuration (with the Technology and Entertainment packages), and an exclusive matching wood center console. Our pick is definitely the A-Spec. Go with that.

The normal MDX features a 3.5-liter i-VTEC 24-valve V6 with direct injection. The plant puts out 290 horsepower and 267 lb-ft. of torque with a nine-speed automatic transmission. Nine! (I wonder how many gears we’ll add before someone says uncle?) Front-wheel drive is available if SH-AWD isn’t your thing. Regardless, the “Idle Stop” feature (Acura’s version of start/stop technology) offers a “more refined” driving experience. You can pick from nine colors, including several premium choices.

The 2020 Acura MDX Sport Hybrid differs mainly in the drivetrain arena, being motivated by SH-AWD. The 3.0-liter, i-VTEC V6 pairs with the three-motor SH-AWD system to deliver more direct power and torque. Total system horsepower is an impressive 321 ponies and 289 lb-ft. of torque, yet all MDX Sport Hybrids earn an EPA combined fuel economy of 27 mpg. In the Sport Hybrid case, the transmission of choice is a seven-speed dual-clutch unit, a close relative of the NSX’s nine-speed DCT.

It’s also worth noting the Hybrid’s electric system operates independently of the gasoline engine as it delivers torque to the rear wheels.

The Technology and Advanced package are available for the 2020 MDX Sport Hybrid. The Tech Package has seating for seven, while the Advance Package seats six with second-row captain’s chairs and a large second-row center console in place of that three-up bench. The MDX Sport Hybrid comes in eight colors, including several premium colors. In other words, there’s a lot there for less than $60,000.

The new MDX and MDX Sport Hybrid are at dealers now. Acura says the MDX is the best-selling three-row luxury SUV of all time, which is probably true; given that “three-row” cuts out many competitors, and what counts as “luxury” is debatable. But hey, Acura has been selling more than 50,000 MDX units per year for seven straight years. 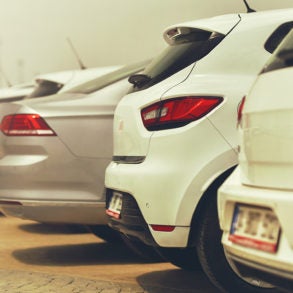