If you’re a British car maker celebrating 100 years of existence, what do you do? Well, you create a concept car of course! And Bentley did just that with the magnificent EXP 100 GT Concept. According to Bentley, the EXP 100 GT is a big and obvious nod to the future (2035 to be more exact) of luxury grand tourers. Yet more than that, the EXP 100 GT is the physical embodiment of future Bentley vehicles. At the same time, the Bentley EXP 100 GT Concept sets a benchmark for autonomous driving technology, sustainable luxury, and electric mobility.

Unlike other concepts, the EXP 100 GT is unmistakably a Bentley. The front styling bears much semblance to the original Bentley Blower with round headlights. It also has an illuminated version of the Flying B mascot on the hood. Direct your eyes on those gorgeous rear haunches and you’ll see a striking similarity to the haunches of the Continental GT. But what sets it apart from other Bentleys is the sheer size of the thing.

The Bentley EXP 100 GT Concept is eight feet wide (2.4 meters) and 19 feet long (5.8 meters). In fact, each door is 6.5 feet long and rise as far as nine feet into the air when open. Thankfully, the doors open by swinging upwards in a true futuristic fashion (otherwise just imagine parking it at the mall on the weekend).

Of course, we’re talking about a concept car, so it’s natural to expect some silliness in the mix. For example, the headlights and huge front grille are embedded with matrix wave illumination. They look good to be quite honest, and I sincerely hope this feature makes its way into future automobiles. The dancing lights give the vehicle some much-needed personality, most especially when talking about a full-electric car. Yet, these types of things are hallmarks of the typical concept car.

Electric Powertrain With Mountains of Power

Different from other concepts, like the BMW Vision M Next, the Bentley EXP 100 GT is primarily motivated by electrons. The Vision M Next is a hybrid supercar with a conventional gasoline engine and electric motors. On the other hand, the Bentley EXP 100 GT is full-electric. It comes with an electric motor at each wheel, which effectively means an all-wheel drivetrain and torque vectoring to match.

Even though the EXP 100 GT is quite portly at 4,200 lbs., the powerful electric motors allow it to scoot from zero to 60 mph in under 2.5 seconds. Wow! It seems this concept is theoretically redefining the laws of physics, the more you dive into it. Bentley didn’t say anything about the battery pack, but they did say the batteries are large and dense enough to produce a range of 434 miles (700 kilometers) on a single charge. This also allows the motors to pump out a mind-numbing 1,106 lb-ft. of torque.

Related: “To build a fast car, a good car, the best in its class.” The story of W.O. Bentley.

What really makes the Bentley EXP 100 GT more enticing (apart from the bite-your-knuckles styling) is the autonomous driving technology. Similar to the BMW Vision M Next, it seems the boffins at Crewe share the same opinion when it comes to autonomous cars. The Bentley EXP 100 GT is an autonomous car driven by advanced artificial intelligence or A.I., but we’ll talk more about that in a moment. The brilliant part is the ability to transfer control to the driver when desired.

We said it before, but want to say it again just to be clear: we’re not objecting to autonomous cars, but we don’t want to lose the ability to drive because we love driving our cars. That, ladies and gentlemen, is the future of autonomous driving. Thank you Bentley and BMW, who has a similar mindset with the Vision M Next.

Let’s talk more about the A.I. in the Bentley EXP 100 GT. Bentley calls it the Personal Assistant, and the idea is to interact with the A.I. using voice control and hand gestures. The latter happens when you make hand gestures to the front or rear of those Cumbria Crystal surfaces.

You can think of the A.I. as the see-all and do-all system in the car. The A.I. can automatically engage five different driving modes, or you can choose to pick which one. My favorite is Enhance and Cocoon. The former literally harvests the lights, sounds, smells, and air quality from the outside environment, even with the roof up. The latter sort of creates a protective space by turning the glass areas opaque and activating the air purification system. As if that’s not enough, the system can track your eye and head movements. It can even monitor your blood pressure.

Bentley says the vents will “undulate” as they blow clean air inside the cabin, making it look like the car is actually breathing and alive. The system also monitors the CO2 levels inside the cabin and makes the necessary adjustments to ensure occupants have fresh, clean air. The system can even blow scented air for a whiff of sandalwood and moss. The fragrances were created in collaboration with the fragrance house 12.29.

The Bentley EXP 100 GT may look all high-tech, but it’s constructed using clean and sustainable materials. The Bridge of Weir leather materials are from Scotland and are selected from locally-sourced cowhides. The seats are covered in a 100 percent, bio-based leather derived from the byproducts of winemaking. The car also features Copper Infused Redwood from naturally fallen trees. Bentley sought the expertise of London-based embroidery company Hand and Lock to create different materials for the door panels. Hand and Lock’s designs date back to 1767 and are used on Royal and Military Dress uniforms.

The Future of Bentley Grand Tourers

From the looks alone, it’s safe to assume the future of Bentley grand tourers is solid given the EXP 100 GT Concept. It’s still in concept form, so the exaggeration is very much evident in the design and trim. One example is the tires. Manufactured by Pirelli, the rubber can transform the contact patch and tread pattern to suit varying terrain. But if future Bentley automobiles will bear any semblance to the EXP 100 GT Concept, I’m all in. 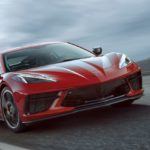