Monaco is a stupid, insane race. People say that now, but it was crazy back when Antony Noghès dreamed up the idea 100 years ago, and it’s crazy now. The Monaco Grand Prix is best captured in one of my favorite racing stories. In 1978, then rookie Nelson Piquet raced at Monaco for the first time. He had a rep as both a young hot shoe and a young hothead. He was brave and impetuous, and cocky as only a Brazilian racer can be.

When he came back from his first practice laps, he shut off the car, climbed out, removed his gloves, and pulled off his helmet and balaclava. A mechanic asked, “Well Nelson, how was it?” with a grin.

“How was it? How was it?” answered Piquet, his eyes like saucers, “It’s like flying a helicopter around my living room!”

And, as near as I and author Stuart Codling can tell, that’s as accurate a statement as any.

Inside The Complexities of The Monaco Grand Prix

At around 250 pages, The Life: Monaco Grand Prix by Codling is not all that big, but, like its subject, comes packed with exquisite detail, lovely images, and tons of entertaining stuff. Far from your usual dry racing book that’s comprised mainly of stats and figures (and a few expanded race reports), Codling’s book is actually about two things: how the race evolved and Monaco itself.

And Monaco itself is more like a person than a place. Dripping in personality and details, connivance and treachery; history, compromises, loves, and apathies; Monaco is, as I’m sure Mr. Piquet would agree, the worst place to hold a car race; but somehow, it is also the best place to hold a car race. If you were to try this anywhere else – and many have, on the streets of Detroit and Vegas and Miami and such – it would either fail or be mediocre. But here, on this little rocky outcrop wedged between France, Italy and the deep blue Mediterranean, it works.

Codling goes into wonderful, but not too deep, detail as to why. This strange mix that’s all Monaco: princes and pirates and gambling and, improbably, race cars and drivers. It’s an amazing read that shows how much is different, yet inexorably, how little has changed.

Some Things Are Merely An Illusion

What’s the difference between Nuvolari and Caracciola and Chiron in the 1930s; Prost and Mansell and Senna in the ’80s? Schumacher and Hamilton and Vettel today? When you think about it, not all that much. Oh sure, “safety” is much improved these days – just look at some of the shots in Monaco Grand Prix to confirm that. But c’mon, safety is pretty much a hope and a prayer, even today.

The margin for error then, as now, is zero.

There are a couple of small runoff areas, but mainly, all you’ve got is your skill between you and a rock wall; or a steel barrier, or the deep blue sea. What, you think someone crashing into the harbor was just in John Frankenheimer’s movie? Tell that to Alberto Ascari or Paul Hawkins.

Off the circuit, Monaco is a 24-hour spectacle of high-rolling pursuits, expensive boats, private jets, penthouses, and celebrity parties. From the Casino de Monte-Carlo (James Bond anyone?) to clubs like Amber Lounge, Jimmy’z, and The Black Lounge, Monaco is the epitome of wealth and opulence. Because of stories like Kelly’s and those of other royalty, like Count Wolfgang von Trips, Monaco is a fairy tale come to life.

Yet, it is also a fairy tale come to life because of the just-as-improbable, working-class stories of kids who raced go karts; and guys who worked as mechanics being honored by kings, not the other way around.

Monaco is a stupid and insane race and, as Codling so ably points out, we need a certain amount of stupidity and insanity in our lives. It allows paupers to live like kings and princesses, and for royalty to see what really matters in life: courage, skill, desire, fair play, and honor.

Stuart Codling’s and James Mann’s previous Motorbooks title, Art of the Formula 1 Race Car received the “Best of Books” award from the International Society for Vehicle Preservation’s International Automotive Media Awards competition. He worked in Motorsport and automotive writing for more than a decade, before joining F1 Racing magazine in 2001. Codling appears as an F1 expert on various media platforms, and calls Farnham, Surrey, England home.

On This Page
Inside The Complexities of The Monaco Grand Prix
Some Things Are Merely An Illusion
Living The High Life
Driving It Home
The Life: Monaco Grand Prix by Stuart Codling
About The Author 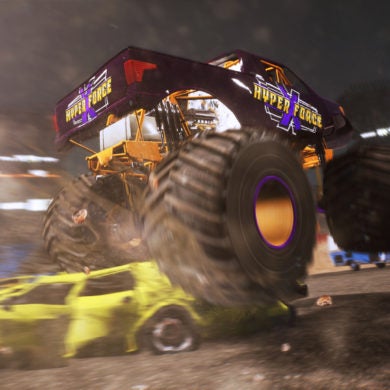